I am now venturing into my 3rd film titled “Vetri”. Originally, I titled it “Guide To Success”, but it sounds a bit strange for a film name so I changed it to the main character’s name (meaning “Success” in the Tamil language). I was happy with the response of “Tripping”, but one of the letdowns of the film was poor character animation. So I’ve now decided to tackle this issue in the film. For the characters, I’ll be generating already available rigs available in the free software Blender.

The story of this film follows along the lines of a boy who is frustrated with the failures in his life, that he decides to undertake a ‘Guide To Success’ course that will promise him a brighter, better future. How he ventures from being a loser to a successful person forms the crux of the story. The film’s genre is more along the lines of random type of comedy.

This film will be made with zero budget. Blender will be used for all the modelling, animation, rendering, compositing and final video editing. GIMP will be used for all the storyboarding and texture work. For the music, I will be using LMMS to compose the music but due to my lack of talent in music composition, I might end up buying some royalty-free music (which kind of contradicts the zero budget claim, but anyways). I hope to finish the film by 6 months.

So far, I’ve finished finalising the script for the film and have moved on to building the sets for the film (will detail this in the next post!)

I’ll be trying to shoot for a 10-minute length duration for the film (will know the exact duration after the animatic stage). Since I’m juggling study work with this film, I’ll try my best to document the progress of the film on a fortnightly basis on my Filmannex blog and post images on Facebook. Due to the nature of my degree, I just can’t get long holidays. The process I’ll follow in the making of the film will be slightly different than the norm.

Here is a poster I made in 30 minutes showing the main characters of the film: 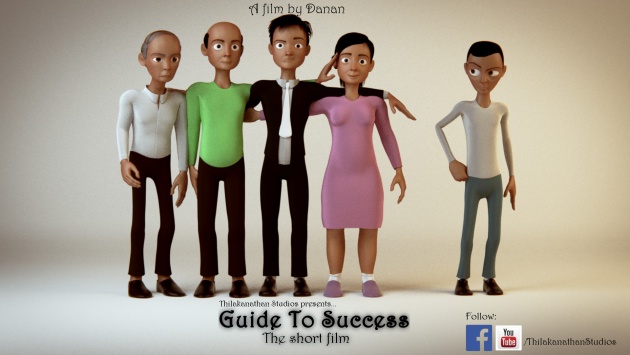