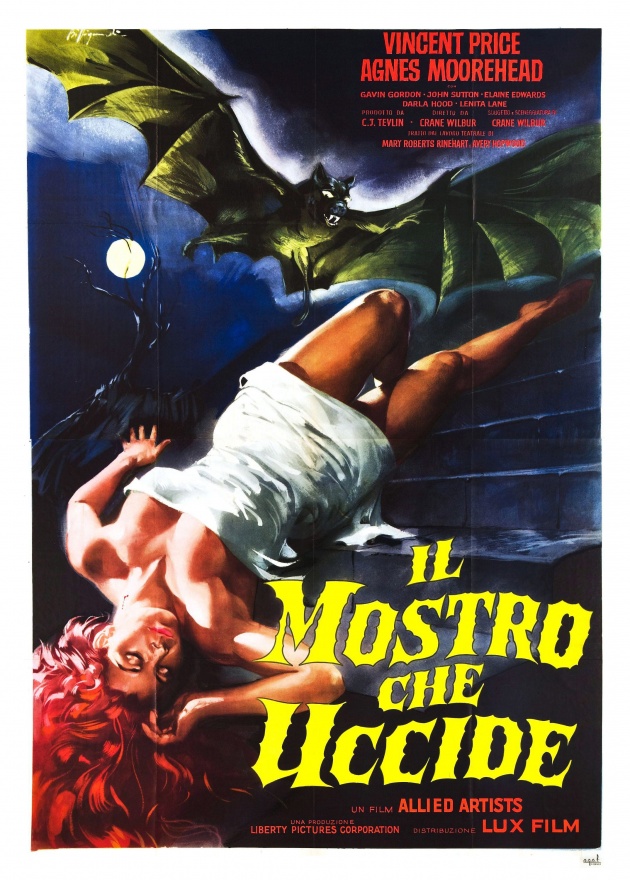 Crane Wilbur's "The Bat" (1959), the 4th film based on the  novel "The Circular Staircase" by Mary Roberts Rinehart, is a classic 50's haunted house-esque horror movie starring the venerable horror icon of the era Vincent Price. "The Bat" begins with some late 50's lively jazzy music played over the titles by Alvino Rey (big in the NY Jazz scene of the time and mentioned as the father of the pedal steel guitar). The introduction comes by way of an Agnes Moorehead voiceover. Agnes can be best remembered playing Samantha's mother on TV's "Bewitched" and as part of Orson Welles' original Mercury Theater group (had a hand in 1938's radio classic "War of the Worlds" and starred in "Citizen Kane" and "The Magnificent Ambersons"). She plays mystery-murder writer Cornelia van Gorder who will be staying in an upstate NY mansion 'The Oaks' for the summer, but as she tells it, that house has seen events far worse than anything she's ever written. Woah! 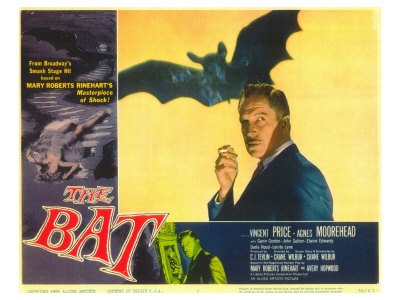 Vincent Price is an actor I always enjoy seeing on screen; somebody I'm almost always rooting for good or bad; and someone I usually suspect is the antagonist of the story. He always has a suspicious air about him that is used so well in "The Bat." 1959 was also Vincent Price's breakout year in the horror genre starring in "The Bat," William Castle's "House on Haunted Hill" and "The Tingler," and "Return of The Fly." Obviously, he went on to many more iconic horror roles. While Price (after 20 years of acting) was becoming a genre force, "The Bat" would be the last film Crane Wilbur would direct. He had previously written two films Price acted in: "The House of Wax" (1953) & "The Mad Magician" (1954). "The Bat" also marked the last on-screen appearance of Darla Hood (playing Judy Hollander) who's best known for being Darla on "Our Gang." 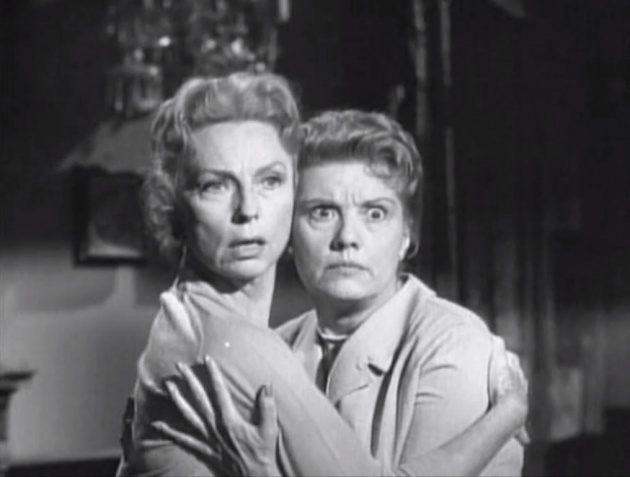 Agnes Moorehead is an awesome female counterpoint to Vincent Price's screen presence. She plays a writer that is very confident, strong, and resourceful. There is a touch of self-righteousness that Moorehead always seems to display (even when she's nutty ala "Dark Passage" with Humphrey Bogart & Lauren Bacall in 1947) that depending on the character she plays, endears her to the viewer or repels them. However, to have either such effect on an audience would seem the mark of a great actress (or actor). Agnes' cohort in "The Bat" is none other than the director's actress-wife Lenita Lane who is perfect as the mostly-level headed gossipy housekeeper/assistant Lizzie Allen. Together, Moorehead and Lane are hilarious. Surprisingly, the last act of "The Bat" has four strong female characters in the house that are trying to get through the night with the eponymous antagonist about. There's the Lieutenant, the Chauffeur and Vincent Price for a gender counter but all 3 are pretty shifty. It's the women who keep the level head throughout the film. Cornelia gets the last word in, "You can't hide murder." 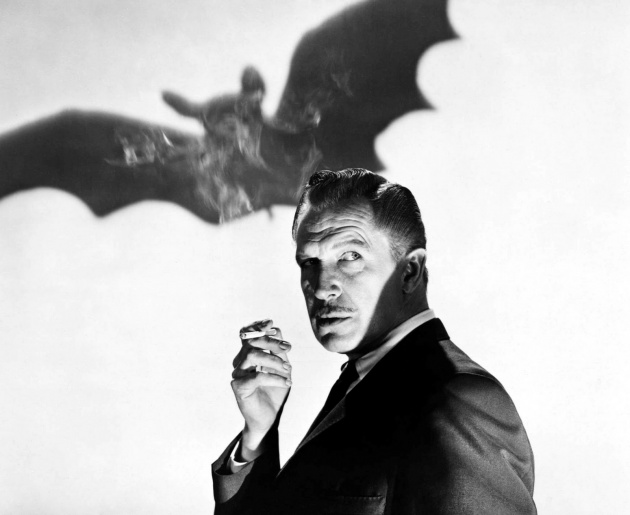 Horror movies must rely on the strength of acting to carry out the ridiculous/fantastical premises. We, the viewers, must want to see those screen personalities live or die. And at least for the first, if the movie is to spawn sequels, the film must have some mystery as to the killer's identity, motive, or outcome to establish the necessary suspense. Through fantastic acting by all involved, "The Bat" achieves it's status as a successful horror movie and a classic of the 50's/60's horror scene, not to mention a must-see for any fan of Vincent Price or Agnes Moorehead (I know you're out there).

Other classic titles, including Vincent Price in "House On Haunted Hill" are available on Baxter Martin WebTV.  You can also check out my past blogs, one of which covers that other Vincent Price movie

Movie Review: Us- Photo credit:twitter, edition by Amber255 via bitLanders.com If you enjoyed Jordan…