Those promoting hate and insult toward Muslims are only entrenched and satisfied by the rampage and killings in the name of  defending Islam and/or the Prophet Mohammed. The murder of four US diplomats in Benghazi, Libya including the US Ambassador Christopher Stevens are tragedies for the United States and the families/friends of the individuals involved. This is also a greater calamity for the Arab World and even Muslims more broadly. This will only encourage more provocations and hate motivated religious bigotry from those seeking to project Islam in the most negative perspective. Support for change and more openness in the Arab World will be immediately questioned in key capitals around the globe. US State Department officials cannot be blamed for bitterness that may arise as consequences and there is likely less enthusiasm for revolutions from Libya to Syria. 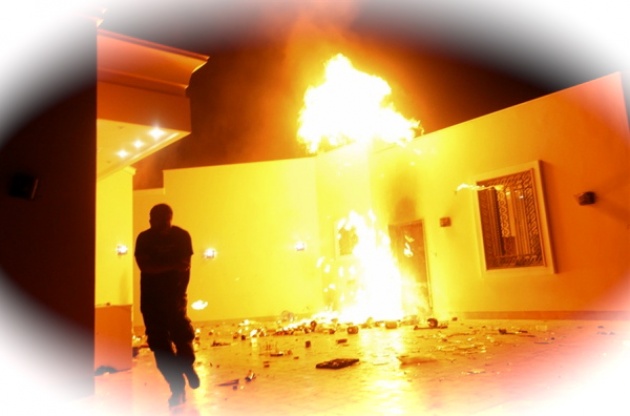 Regardless of the baseness of religious bigotry/hate, it is more sophisticated than a mere insult. It seeks to provoke and in such achieve affirmation in the eyes of some for its bigotry. The greatest allies of the haters of Islam and Muslims are the self-anointed defenders of the Prophet Mohammed, the Koran and/or Islam who resort to counter by their own bigotry/intolerance or simply violence. There is no justification for the murder of innocence, and in the modern society violence cannot be rationalized when peaceful debate and measures are the most effective response to religious bigotry.

Several Muslim majority countries have now blocked You Tube, including Libya and Afghanistan, to purportedly keep the film “ridiculing” the Prophet Mohammed from being available and seen by the populace. There are many such films, images and articles available on the internet. Many also ridicule/offend Jesus Christ or Moses or Abraham, also all Prophets of Islam. Censoring is not a good response either as it may block access to both legitimate debate and efforts at greater political openness and opposition. The “war on terror” has been misused in the US by politicians and also particularly authoritarian regimes from Beijing to Addis Ababa, to silence dissent and those who may be peacefully working for more free societies and greater respect for religion. The latest killings of US diplomats may also suffocate support for a more open and democratic world, particularly in Muslim majority countries and give hope to political and religious despots. 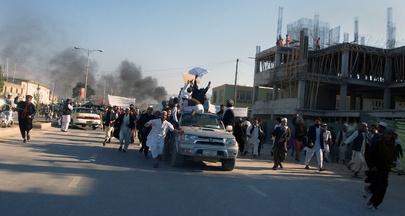 In the killings in Libya, there are reports that Gaddafi loyalists infiltrated the mob that murdered the 4 US diplomats. Similarly, last year there were reports that the Taliban infiltrated a mob protesting the desecration of the Koran in Afghanistan, (UN Photo Above - more than a dozen people were killed including 7 international staff - See Film Report: “Face that Kills for God”). It is not an excuse, but rather evidence of how a violent response to any real or perceived insult/bigotry cannot be justified nor rationalized. Such response can only further misunderstanding, bigotry and the purposes of those who stoke religious intolerance. The schemes of bigotry and intolerance must be confronted with first of all peace and a free society - in the free marketplace of ideas, the best will rise to the top and hate will sink.