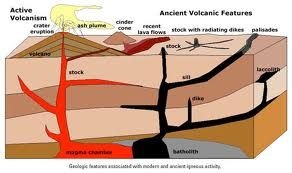 Volcanism is a phenomenon of eruption of hot molten rock (magma) onto the surface of the earth Lava, Pyroclastics(rock formed from the fragments ejected in the explosive volcanic eruption. Obsidian, Pumice and Tuff are the examples of Pyroclastics, also known as Pyroclastic Rocks)and Volcanic Gases erupt through a rupture in the earth surface in form of a cylindrical channel called Vent or Conduit and large funnel-shaped hole called Crater, usually produced in an earth mound Summit Crater (having a big hole in a mountain’s summit) or Lava Dome (having a small hole in a small dome shaped mound) – altogether known as Volcano. It includes all the phenomena resulting from magma and causing the magma in the earth crust or mantle to rise and erupt, forming Plutonic Rocks inside the earth and Volcanic Rocks on the surface of the earth. 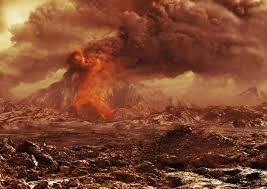 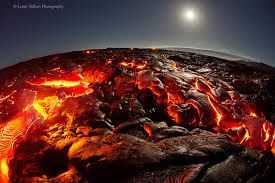 Magma from the mantle or lower crust rises to the earth surface. If magma reaches the surface, its behavior depends on the viscosity of the molten constituents. Viscous (thick) magma produces the volcanoes characterised by the Explosive Eruption.Whereas non-viscous (thin) magma produces the volcanoes characterised by an Effusive Eruption pouring large amount of Lava onto the earth surface .In some cases, the rising magma doesn’t (or can’t) reach the earth surface and cools down and solidifies forming the igneous mass which crystallises within the earth crust forming the Intrusive (Plutonic) Igneous Rocks and Intrusive

Movement of hot molten magma in the mantle, caused by the thermal convection currents, coupled with gravitational effects, pattern of post-glacial rebound, motion of the tectonic plates and convergent and divergent boundaries; all of these ultimately lead to volcanism

Types of Volcanism: (i) Volcanoes: Volcanoes are the places on the earth surface where magma reaches the earth's surface The type of volcanoes depends upon the location of the eruption and the consistency of the magma 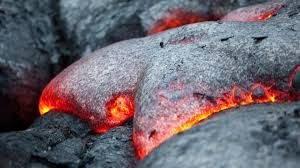 (ii) Intrusions: These are formed where magma is intruded (pushed) between the already existing rock

(iv) Hydrothermal Vents: These are formed where water interacts with the volcanism. These include Geysers (a natural hot water spring that intermittently ejects a column of water and steam into the air), Fumaroles (a hole in a volcanic area through which the hot smoke and gases escape), Hot-springs (a natural spring producing warm water usually at a temperature above that of the human body) and Mud-pots also known as Mud-pool (a pool of warm to hot bubbling mud). These all are often used as a source of Geothermal Energy 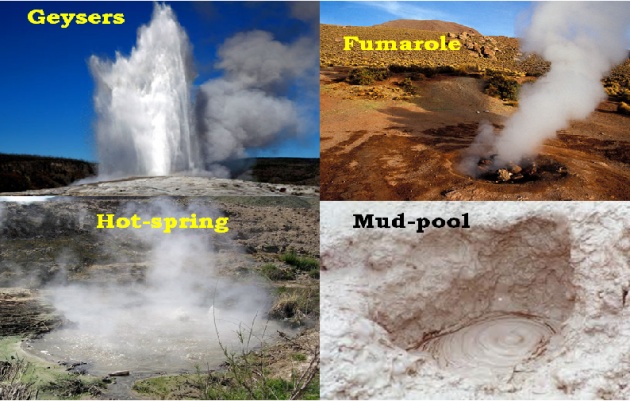 Earn on bitlanders with Spam Avoidance

(Image source: google.com) Although more than 500,000 people are using bitlanders very few of them h…