With a repertoire that would blow the minds off of any budding video director, Luca Finotti certainly deserves every high profile project that he works on. Jeremy Scott, Dolce & Gabbana, and Givenchy - who is this guy?

The first time I knowingly caught one of Luca Finotti's films, it was at the La Jolla Fashion Film Festival. “The Last Obsession” (in collaboration with Hercules Universal Magazine) told a story of loss, despair, and death. Amazingly this emotionally moving film did not contain any dialogue other than the lyrics in the accompanying song, “Empty Chairs at Empty Tables” from the musical Les Miserables. The lyrical content was a dead giveaway to the subject matter, but it was Finotti’s signature direction style that truly set the tone for the film. Detailed shots of the model removing his Tom Ford attire, varying speeds of movement, and the overall choice of blacks, whites, and greys - met the song’s dismal topic in perfect (albeit depressing) harmony.

The film was nothing short of classical which exemplifies Tom Ford’s line of fashion and the Hercules Universal brand - and that is exactly Finotti’s style. Not just classical, but taking a brand or look and building a story that does not take away from the fashion, but is instead enhanced through Finotti’s direction and editing aesthetics. Finotti is known for perfecting speeds, playing with color, and for having a penchant for the purity of photography from the 1920s.

In contrast, look to Finotti’s film with Jeremy Scott, who is known for his use of bright colors and funky prints. The Jeremy Scott Presents a Film by Luca Finotti is fast paced and bursting with colors and graphics. The cuts are short and quick, only lasting long enough to create a new graphic and shot to show model Sebastian Sauve in a new, hip location. Finotti understood Jeremy Scott’s brand and vision and was able to create a fun and funky video that complemented Scott’s whimsical street style.

It is this very ability to capture the essence of a brand while creating a visually appealing story, that has given Finotti the honor of winning the ASVOFF Milano (A Shaded View on Fashion Film) with his film “Volcano” - a collaboration with Giorgio Armani and Hercules Universal Magazine. Much like “The Last Obsession,” which was also Hercules Universal, the film is shot in a classical style but with two frames to depict power and strength. Almost as if erupting from “The Last Obsession,” the model emerges from the sea with great vigor, and clambers up powerful and withstanding volcanoes. It is a film meant to empower any male in need of encouragement and Giorgio Armani - which also happens to be a long lasting and withstanding fashion brand. 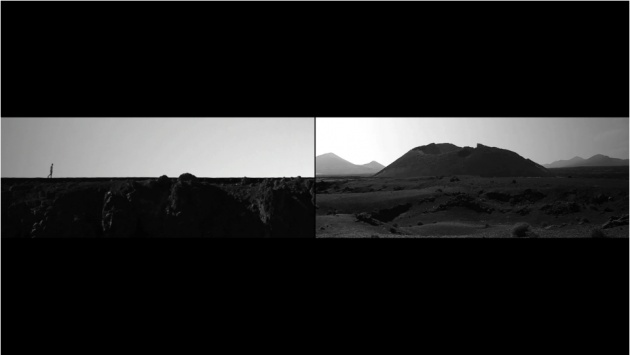 The Eruption of Krakatoa

On August 27th, 1883, the volcanic island of Krakatoa in Indonesia blew up. The events leading up to…

The Eruption of Mount Vesuvius

On August 24th AD 79, Mount Vesuvius in Italy erupted in what is probably its most famous eruption i…

Chandragup at 300 ft is an active mud volcano located in Balochistan, Pakistan. ... Also known as Ch…