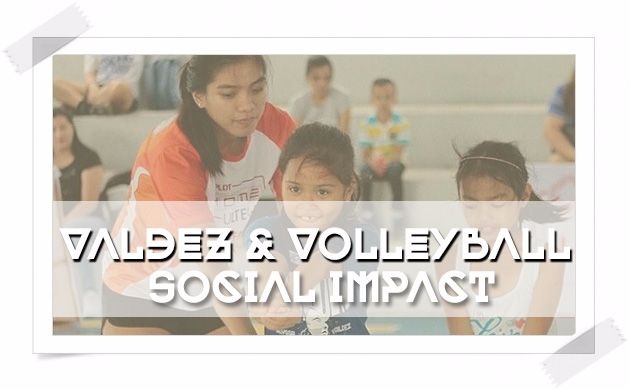 In our country, the Philippines, the number one sport is basketball and it has been the favorite sport for almost everyone, like literally. The Filipino people are very into the sport that in every specific town, there are basketball courts being made and there are leagues which have been set up for everyone specially the young ones during summer or during town fiestas. 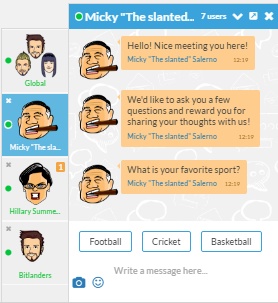 But now a days, another specific sport is emerging. Volleyball has starting to make name in the country and has been also giving the Filipino audience excitement and competitiveness at the same time.

And so, I wrote this blog in relation to the bitLanders' survey chat in regards to its Sports social impact to the society. Although the survey was more into the options given like basketball, cricket and the like, I would like to also deal with the new emerging sport which had given me a huge impact to my life and has also influenced me in certain ways.

I am thankful that bitLanders is able to include Sports in their advocate specially in terms of educating the community and at the same time providing additional earnings through the loyalty awards like the bitLanders Survey Chat. Here's my take on the matter. Read on... 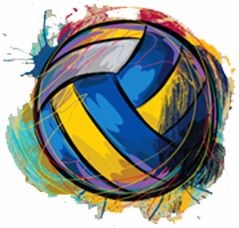 Volleyball has been introduced to me way back in elementary years when our PE teacher had dealt with this subject. Then there's the sports fest and what we also call as MEET where students from different schools would be meeting at a specific school and compete as well. The students who had won their respective sport would then be sent to the next level of competition which will then be competing another set of students from other regions. Although I am not into sports like I don't personally play it, I am still inclined to watching the games and support my school mates and classmates.

The DepED Athletic Meet has been there since Grade school until I had reached Secondary years. However upon reaching college, sports had been only given little focus. It is more on technology and others so I had also been swayed away and didn't have any more information on sports especially on volleyball. But I am so glad that by the time I had started working, I met specific colleagues who are into the said sport. They had introduced me to the UAAP Collegiate League of the Philippines.

Who is Alyssa Valdez?

By then, I came to learn about the personalities of the said league most especially, my favorite UAAP student athlete, Alyssa Valdez. She has been a spectacular athlete in the said field. What made me like her was the fact that she smiles in everything she does inside and outside the court. Her smile is very contagious and so she has the most number of fans in the said league.

Her jersey number is number 2. Her jersey has the most number of sales in her school's clothing line. These are being sold throughout the Philippines and even outside the country.

I had even made a special blog for her around half a year ago when she was still in her fourth year and last year in the said league.  Read the link below: 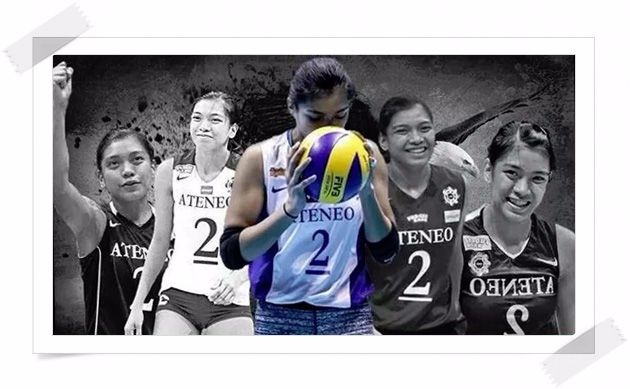 Alyssa Valdez is a multi awarded athlete and has been considered as one of the best volleyball players in the Philippines today. She has been referred to as the Phenom and had gained three Most Valuable Players consistently during the 76, 77 and 78th seasons of the UAAP Collegiate League. She has been the most followed volleyball player in the Philippines in social media. And because of that, she has been also sought to endorse sports products, gears and drinks. She also has been covering certain sports and entertainment magazines and she even had been invited in certain shows in the Philippine TV entertainment.

She had already graduated two months ago from Ateneo de Manila University and had player her last year where she was the team captain of the Ateneo Lady Eagles. They were actually looking forward for a third repeat championship but that was snatched away from their hand when their rival school, De Lasalle University won two matches for their best of three finals for UAAP Season 78.

Losing the game to the advantage of their rival school was a heart breaking event since she would like to exit out from the league gracefully but she had mentioned that it was not the end of her volleyball career. In fact, it was the start and she also mentioned that she is looking at the brighter side of the coin where in she’ll be facing more challenges and perhaps defeat in this field after this collegiate league. She know for a fact that more and more defeats may come her way and she’ll have to prepare herself for the greater emotions that may come soon.

Since she has already graduated and she’s out of the UAAP league, she is now starting to accept offers for professional leagues and the like. But before that, she has been also very busy with other activities outside these competitive leagues.

As per Alyssa, she is thankful for the love and support which her fans had showed and given her for the past years while she was still with Atene De Manila University. This had opened up to more opportunities and so she had felt the need to return back to the community what she had been also receiving.

On the right is Alyssa posing for the cover of the UAAP magazine.

But together with this stardom, Alyssa had also been aware of what she has to do to give back this opportunity and she believed that great power also comes with great responsibility. 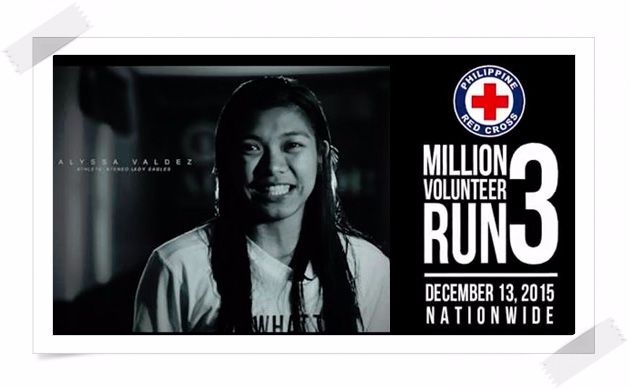 The Philippine Red Cross has been one of the fastest sector to respond when calamities and unfortunate events occur in the country. It was born officially on the year 1947 and since then it has been the premier humanitarian organization in the country. It is committed to provide life-saving services to every Filipino people.

On 2015, Alyssa Valdez also had joined the Philippine Red Cross for their Million Volunteer Run. She had shown up in a video advertisement encouraging everyone to join the said movement. She had contributed in her own way to awaken the volunteer spirit of the country.

This event was made and set up because of the number of natural disasters that has surged in the country which was making the Philippines as the world’s most hit country. Through the said movement, the Philippine Red Cross would be able to send out members and volunteers to every community to reduce the risks of disasters, enabling them to respond accordingly to any catastrophic event that might strike in the country, not just today but to the future as well and that the knowledge earned will be also shared to others.

The advertisement has given positive results and the million target was met. Check out the video of Valdez below:

As Alyssa was still in her college years, she had already started her charitable works as a way of giving back to the community what she had as well received.

On December 23, 2015, Alyssa together with her rumored boyfriend, also another Phenom in his own sport, Kiefer Ravena had extended their help together with Fastbr3ak and set an exhibition game for the benefit of the typhoon victims of the recent Typhoon Nona.

There were also other players who joined them such as Gretchen Ho, Denden Lazaro, Michele Gumabao and Charo Soriano. They had played to raise funds and were given to the victims of the calamity. Since that was also Christmas time, Alyssa was happy being able to help the victims and at some point let the victims feel the spirit of Christmas.

After the Phenom’s exit from the UAAP collegiate league, she had become very busy with her own Skills Camp which is being held at four venues from May 5-21 this year. It has just ended three days ago.

The Skills Camp was participated by more than 600 participants aged six to 33 years old.

As per Valdez, she has been very overwhelmed with the response that she had received for the said camp as she organized the training. Also she mentioned that it was a blessing given as she was able to share the knowledge to the kids and even to the adult participants.

She was not alone in this journey as she was joined by her friends in the field of volleyball such as MVP Grethcel Soltones, UAAP champions Kim Fajardo, Ysay Marasigan, Ron Medalla, Dan Posadas and Ish Polvorosa, past and present Ateneo stars Jho Maraguinot, Bea de Leon, Ella de Jesus, Amy Ahomiro and Bea Tan, and resident mentor Joyce Palad.

All the kids and other participants did enjoy the skills camp. And as for Valdez, the said event had given her the sense of fulfillment by sharing her skills to the younger generation whom she refer to as will certainly be the future volleyball stars of the country.

Engaging the youth and the society to sports will not just enhance their enthusiasm to the said specific sport, may it be basketball, volleyball or baseball and the like but it will also engage these young ones, the future generation to stay away from the things that can ruin their health and their future.

Sports had indeed a great vital role in shaping the country’s social future.

I wrote another blog about sports and its social good, the other one was about basketball and NBA cares. Check it out below:

Thank you all for taking time and reading my blog post. NBA Cares in the Philippines - Sports and Social Good

For the past few weeks, many users have submitted blogs about Gelato! This is quite understandable s…

The world knows who Manny Pacquio is, what he has given to the world and most specially to his count…

5 Reasons not to get bored on Bitlanders

Hey Friends and Fellows, hope you are enjoying your life. Today i am sharing with you some of my per…