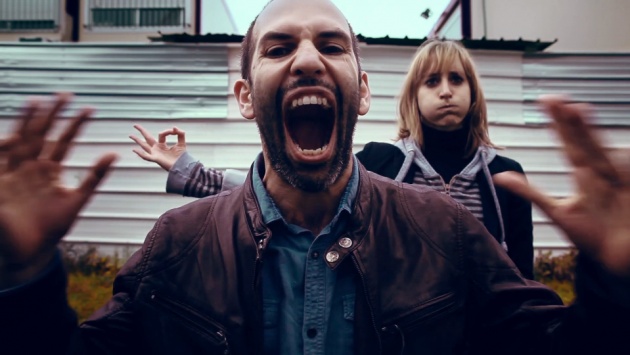 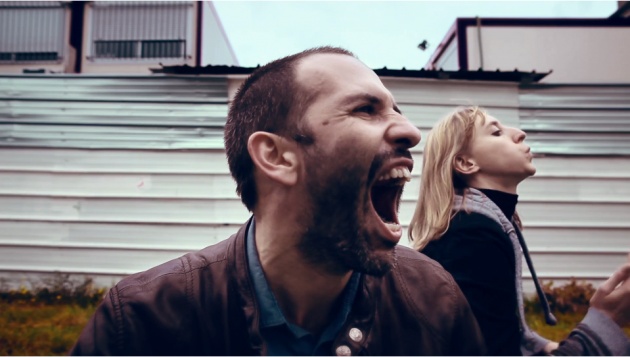 How do we fight? How do we talk it out? Communicate? This week's WACKY TUESDAYS video, TALKING HEADS by Dominique Palombo, uses dance as a tool for communicating our anger with the intent to reach a resolution. But whether we win or lose the argument, we feel better at the end of it all, take a deep breath, and start over.

Choreographed and performed by contemporary dancers, Lucie Augeai and David Gernez, also known as Compagnie Adequate,TALKING HEADS is an incredibly creative and wacky video that amuses and entertains. Moreover, it makes you think about the fights you had and how ridiculous you (probably) look when you're yelling at someone. I also enjoyed the fact that Palombo portrayed anger in a non-violent, comical way, almost like a skit from a slapstick comedy. But, you can't deny the modern aura the video gives off, the cool attitude of the dancers, their clothes, and haircuts!

Dominique Palombo is known as the "master of movement," and every video you watch by him makes you want to get up and silly dance. There's a lot of flexibility and freedom in his work, but the end product looks nicely polished, crisp, and clean-cut in a way. The music is in the video is composed by Anthony Rouchier aka A.P.P.A.R.T. Enjoy!

More about the short filmmaker (his words):

"The current push in the industry towards motion is one that has thoroughly fascinated me. Directing, DP, are not so unfamiliar from the still world, but it is the ability to edit that has proved to be my most powerful and surprising tool. It sounds boring, but you learn that it shapes the viewing experience to such an extent that it has more to do with my films being great or terrible, than most people realize.

Along with that, I have had the opportunity to work with dancers in my recent projects and it has opened my mind to new ways seeing movement and discovering how riveting it can be.

You quickly find that originality of movement can make someone beautiful and compelling, and the opposite is true as well….

Although born in France I have spent most of my life in the US. I currently base myself between Paris and New York."