Was the Syrian Cease-Fire Agreed To in Vain? 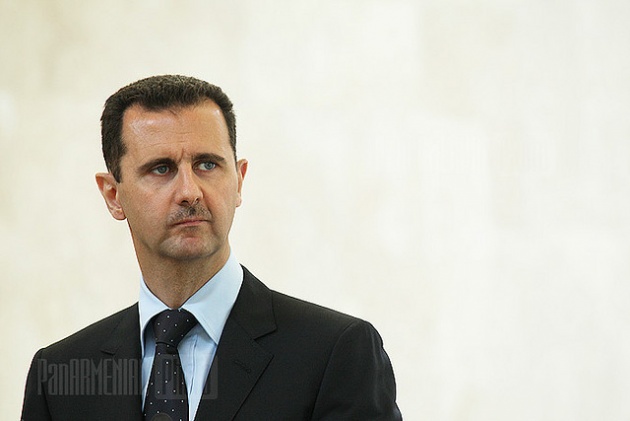 As I'm writing this article I continue to wait on any new updates about the cease-fire in Syria.

And yet, no matter how many days it's been since it's start, the situation remains the same: the Syria civil war continues on.

The cease-fire didn't happen. Proposed by the UN and planned for Eid al-Adha (an Islamic holiday that was on October 26), the cease-fire between both sides of would be initiated. Both the Syrian government and the rebel forces openly agreed to the cease-fire, but both respond with violence if the other side initiated an attack.

Though on the day the supposed 4-day cease-fire was to begin, cities like the capital city of Damascus were subjected to more attacks from the Government on rebel groups. 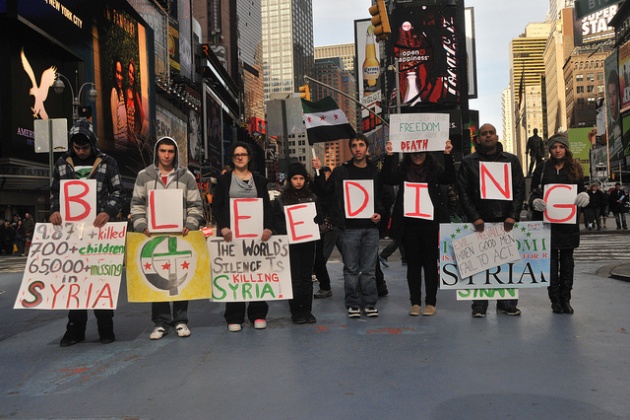 What is the world doing about it?

As a result, China has decided to push for a ceasefire going as far as submitting a written proposal asking for a cease-fire by it's Foreign Minister to the Syrian president.  The U.S. Secretary of State, Hillary Rodham Clinton, whom is not at all surprised at the failure of the cease-fire, stated:

“The Assad regime did not suspend its use of advanced weaponry against the Syrian people for even one day,”

So was this planned cease-fire done in vain?

Waiting for the day when Syrians has a face-to-face discussion on the issues dividing their country.

What I can't grasp is the fact that what started as a discussion (a peaceful protest by the rebellion in March 2011), ended up creating a civil war (after the government stepped in).

The rebels' sought after answer to the end of the war: President al-Assad's resignation.

Why is it when people disagree with an idea or in this case how their country is being run, the problem is automatically answered with violence? Still? In this day and age?

If you look closely at the history of the world, when has violence caused a suitable end to a problem? Maybe your first thought is the atomic bombs used against Japan to help end World War II. But didn't that eliminate a huge portion of the population just to help resolve a problem? The tactic seems to be on repeat with Syrian rebels who are trying to get the attention of the president to provoke resignation. 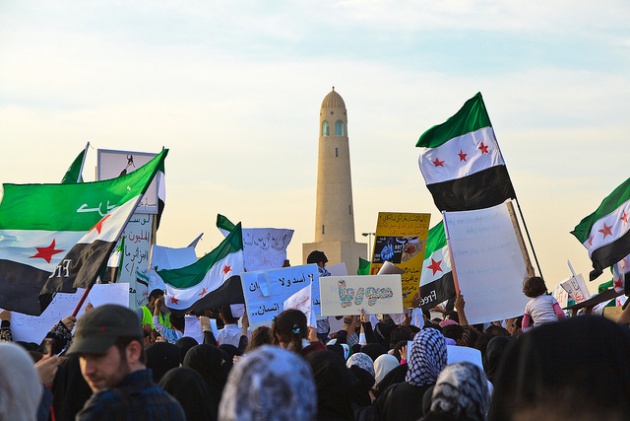 Not every country believes in democracy. A strange concept that seems miniscule when you are living in a society where you have the right to elect and official to speak for you when you want to be heard. But not even just an official. You can speak for yourself and be heard. When you don't like the way your community, city, state, or country is being run, you can speak your mind.

I'm not here to pound into your head the importance of voting, but I do ask for you to take some time today to realize how lucky your are to have such right. To be able to step outside your front door and openly disagree with your government without an army with guns pointing at you is the kind of luck you need to smile about.

What are your thoughts on the Syrian conflict?

For more information about the Syrian civil war, check out my previous article.

For more articles such as this one, check out my Film Annex WebTv channel.

Image Credit: Fox via Wikipedia "The Dentist in the Ditch" is episode thirteen of season five of Bon…