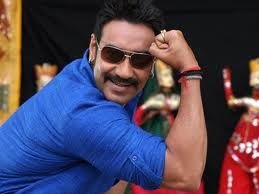 Another movie by the ace dancer and director Prabhudeva is the full on action packed film “Action Jackson” which is the remake of a superhit Telegu movie Dookudu of Mahesh Babu. After the disaster of the remake “Himmatwala” starred Ajay Devgn which was directed by Sajid Khan, this time the “Singham” actor asked Prabhudeva for a newly written, fresh script so that the calamity of another flop movie could be averted. The producers of this movie are Urooj Chaiwala Zafar and Gordhan Tanwani and the film is being made under the banner of Baba Films.

The movie Action Jackson has some of the fresh faces in Bollywood industry as well as some of the professional and highly experienced actors. The performers involved as the lead roles of this movie are Ajay Devgan as Jackson, the leading lady is the “Lootera” girl Sonakshi Sinha, Kunaal Roy Kapur, Yami Gautam, Manasvi Mamgai, Anandaraj, Rocky Verma, and last but not the least, Sonu Sood. The casting is kept strong and the actors are given roles which match well with their acting styles.

Action Jackson to be release soon

Though the movie faced quite some speculation regarding the final release date, it is being heard that the release date which was in the month of November is further postponed to a month later. The trailer of this movie was scheduled to be released alongside the Hrithik and Katrina movie “Bang Bang” but due to the delay in finishing the shoots, the trailer will also release later than expected.