Well, the animation is officially finished on this film! It's been a fun, watery ride.

Below you can see the process of animating the last real 'scene', depicting the last stage of water treatment at the Brightwater plant - this is where the water is sucked up through porous straws to separate it from the bacteria. This is me making one of three clear cut-outs of my version of the straws. 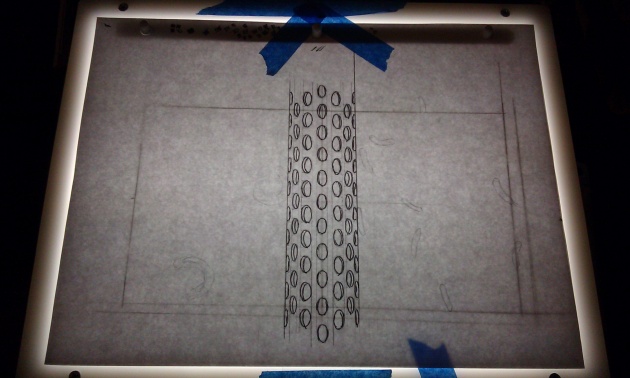 This was also an eight frame maximized loop (can you sense the cyclical theme of this film?). Visit my other blog to see the loop of bacteria being sucked towards the straw, but being repelled because they are too big to fit through the tiny holes in the straw.

Below is what the scene looked like on the stand. Here I actually used three layers all together, the most this whole film. If you look closely you can tell that the middle straw and the bacteria are on the top most layer, the two side straws are on the middle layer (luckily they don't move, because I wouldn't have been able to reach in there), and the water background is on the base layer. 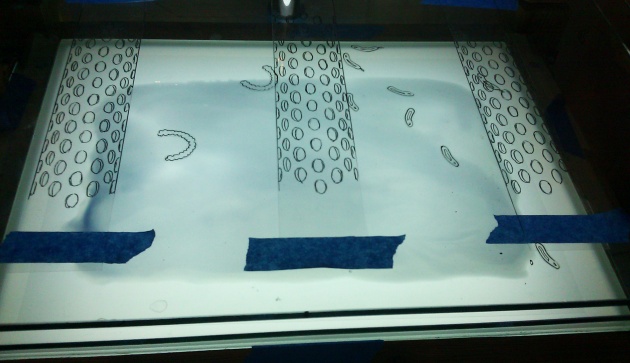 After that it was time for the title sequence! And I hadn't actually settled on a title under this moment. I finally realized that what this whole film was about was trying to show how we humans are a part of the water cycle to begin with. One of the audio clips I use towards the end of the film is of the Brightwater tour guide saying something like that, and I decided to go with it. 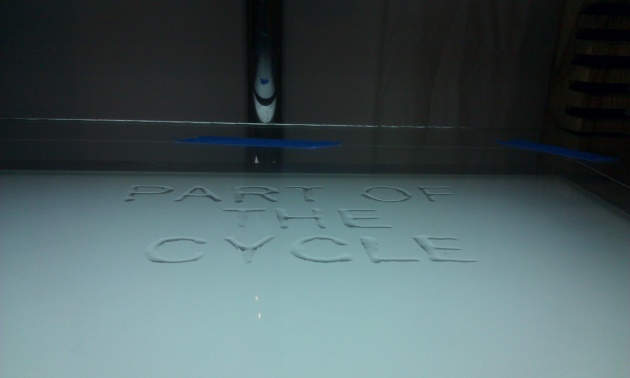 After animating the title (where the words are filled with ink and ink takes over the screen), I made sure not to leave the plastic on my stand, which is how I almost ruined my glass last week. Instead, I put it directly on my floor. I came in the next day and it looked like this. I guess my floor is also not level! 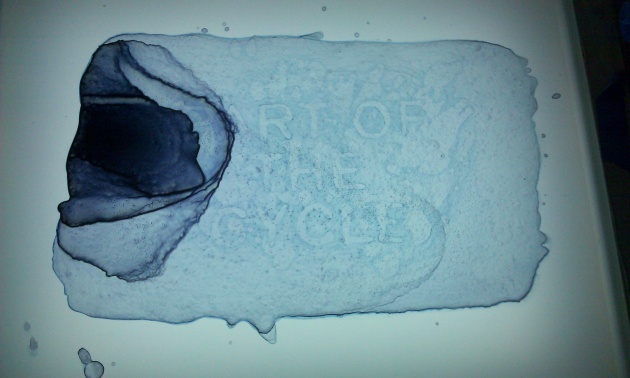 Animation finished! But part of my project also involved making a zine based on my film, so I started on that immediately: 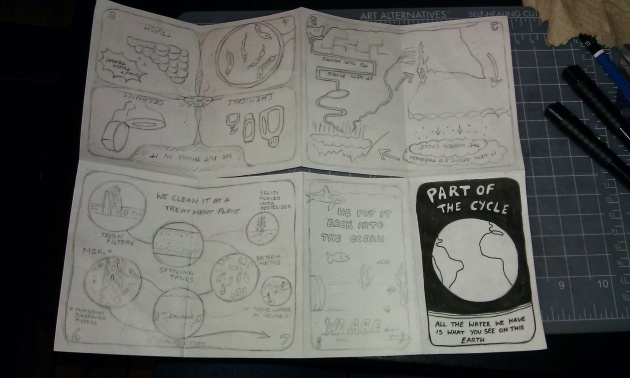 Here are pages 6 and 7 of the finished zine. It will be available for printing at some point from the 4Culture or Brightwater site. Anyone can print and fold! 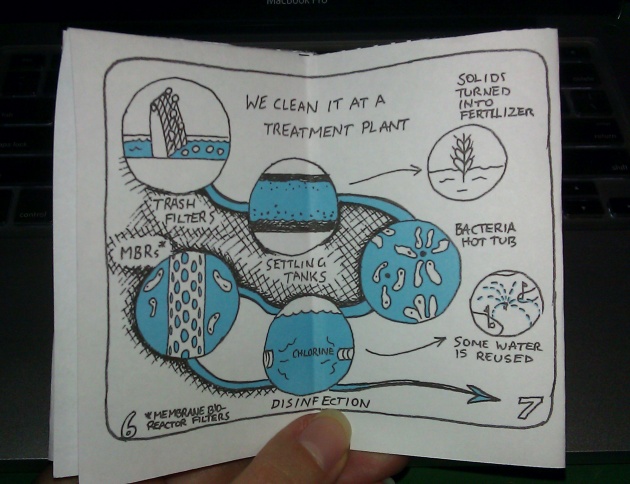 Here are panels laid out for easier reading. Notice how this zine too, is a cycle. 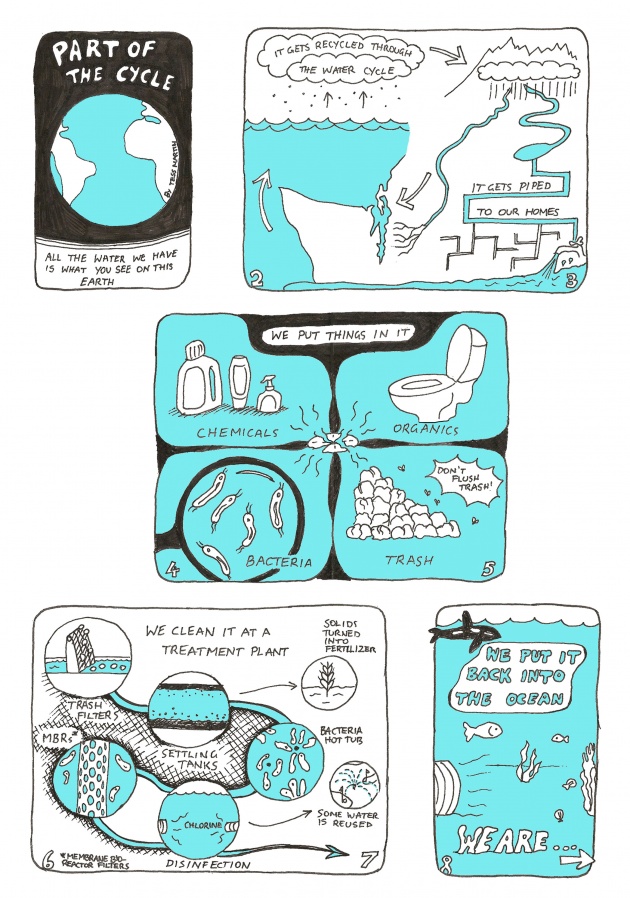 And that's the end of the water film for now. The music is left to do, and I will be presenting it to some kiddies at the Brightwater treatment plant in July. I'll be updating here about future opportunities to see it, and it will surely end up on this site.