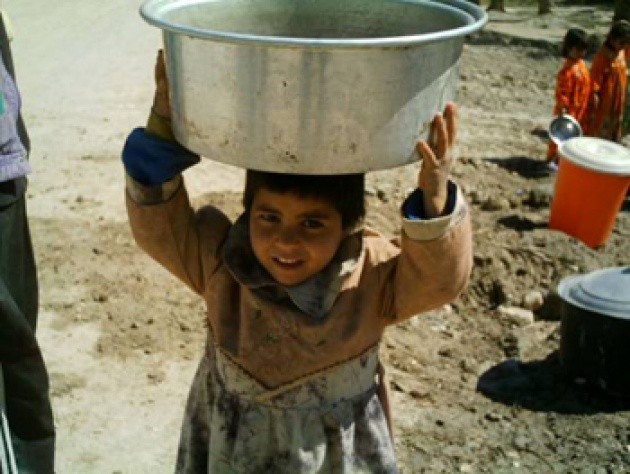 Sustainable water reforms are having a positive impact on countries’ development, according to the results of a UNEP survey. It evidenes that countries that have implemented water reforms from the UN Earth Summit held in Rio de Janeiro, Brazil, 20 years ago have had significant improvements to drinking water access, human health and water efficiency in agriculture: The Survey, in which 130 Governments participated. “shows important successes regarding integrated water resources management, where a more sustainable approach to water has resulted in tangible benefits for communities and the environment,” said the Executive Director of the UN Environment Programme (UNEP), Achim Steiner.

While it is impossible to accurately discount the integrity of the answers/observations provided in the Survey, over 90% of countries indicated positive outcomes. Empirical and antidotal evidence also indicates that all is not well, at least not perhaps all going in the right direction. The Survey/Report shows that global progress has been slow in the areas of irrigation, rainwater harvesting and investment in freshwater ecosystems. Below is the more full Report provided by UNEP along with Link. Also See Water Activism at Work in our Blog for Film –“Italian Polo & UN Join on Water Conservation”.

Over 80 per cent of countries have reformed their water laws in the past twenty years as a response to growing pressures on water resources from expanding populations, urbanization and climate change.

In many cases, such water reforms have produced significant impacts on development, including improvements to drinking water access, human health and water efficiency in agriculture.

At the same time, global progress has been slower where irrigation, rainwater harvesting and investment in freshwater ecosystem services are concerned.

These are among the findings of a United Nations survey of over 130 national governments on efforts to improve the sustainable management of water resources.

The survey focuses on progress towards the implementation of internationally-agreed approaches to the management and use of water, known as Integrated Water Resources Management (IWRM).

Amid increasing and conflicting demands on the world's water supply, IWRM integrates domestic, agricultural, industrial and environmental needs into water planning, rather than considering each demand in isolation.

The latest survey is intended to inform decision-making at the Rio+20 Conference in June 2012. Twenty years after the Earth Summit, world governments will once again convene in Rio de Janeiro to take decisions on how to ensure sustainable development for the 21st century.

The survey, which was co-ordinated by the UN Environment Programme (UNEP) on behalf of UN-Water (the UN inter-agency co-ordination mechanism for freshwater issues), asked governments for their feedback on governance, infrastructure, financing, and other areas relating to water management, to gauge how successful countries have been in moving towards IWRM.

Other key findings include:

"The sustainable management and use of water - due to its vital role in food security, energy or supporting valuable ecosystem services - underpins the transition to a low-carbon, resource efficient green economy," said UN Under-Secretary-General and UNEP Executive Director Achim Steiner.

"As well as highlighting challenges, this new survey also shows important successes regarding integrated water resources management, where a more sustainable approach to water has resulted in tangible benefits for communities and the environment. At Rio+20, governments will have the opportunity to build on these innovations and chart the way forward for sustainable development, where the water needs of a global population set to rise to 9 billion by 2050, can be met in an equitable way," added Mr. Steiner.

The UN survey shows the major environmental changes that have taken place between 1992, when IWRM was firstly widely backed by governments, and today - and how water resources are managed in the face of such challenges.

The world population, for example, increased from 5.3 billion in 1992 to just over 7 billion today, with impacts being felt most strongly in developing countries. This has been accompanied by increased rural-to-urban migration and high refugee movements due to climatic and socio-political disasters.

The survey shows that the introduction of IWRM on a national level varies greatly across the globe - from early planning stages to concrete implementation of new laws and policies.

When responding to the survey, some governments reported significant development impacts as a result of pursuing IWRM strategies since 1992, such as:

Estonia: Introducing water charges and pollution taxes contributed to improved water efficiency and a reduction of pollution load into the Baltic Sea.

Ghana: 40 percent of irrigation schemes for more effective water use and productivity have been rehabilitated.

Yet many countries - particularly those in developing regions - signaled a need for increased capacity-building, investment and infrastructure development in order to fully implement integrated water resources management.

The water-related issues cited most often as 'high' or 'highest priority' by governments are infrastructure development and financing (79 per cent of all countries) and financing for water resources management (78 per cent).

Ensuring adequate water supply for agriculture is a high priority for many low HDI countries, while the preservation of freshwater ecosystems ('water for environment') is a priority mainly for very high HDI countries.

The survey includes a number of suggested targets and recommendations, which are designed to inform decision-makers at Rio+20. These are based on an assessment of the findings from the survey and include:

Top 5 Countries Having the Most Water Shortage

Water is very important for the survival of a mankind. Think of a morning in which you wake up and y…

A PICNIC AT WATER RESORT

Last Saturday,We decided all the cusions to go out somewhere for fun and get together one of my elde…