The chief minister said that Pakistani players defeated strong opponent by displaying marvellous game.
“The victory against South Africa is a result of best teamwork,” he added.

Shahbaz Sharif expressed the hope that Pakistani cricket team would also achieve victory in next matches by displaying the same team spirit and hard work.
Also, CM Shahbaz presided over a high-level meeting, here on Saturday to review the recommendations of the committee set up regarding the proposed project of establishment of Criminal Justice Education & Research Development Institute.
Various proposals regarding setting up of proposed project were discussed in the meeting.

Addressing the meeting, the Chief Minister said that the proposed project is very important for providing speedy justice to the people.
He said that the project of establishment of Criminal Justice Education & Research Development Institute is of utmost importance in view of the war against terrorism.
The Chief Minister said that Shoaib Suddal and his colleagues will soon present final practicable proposals for implementing this project. 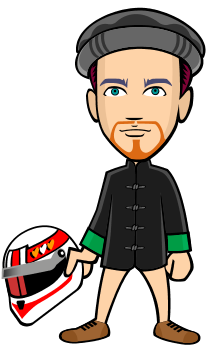 "Unless love is passion, it's not love, but something else; and passion thrives not on satisfaction …

7 Mental Shifts That Allowed Me to Become a Millionaire at 22 Tired of Useless Meetings? 9 Ways to M…

10 Food Chains That Would Do Well in Pakistan

No surprise here, were a foodie nation. Restaurant business in Pakistan especially Lahore is thrivin…