"What Are You Anyways?" Character Design Concept Art 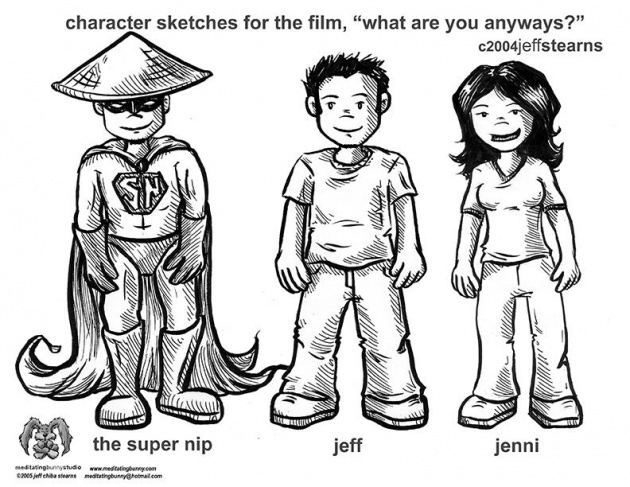 My last blog showcased some concept art from one of my first animated films, The Horror of Kindergarten.  This time around, I thought I would post some character concept art from my first professional film that I made back in 2005, "What Are You Anyways?"

These model sheets help show the development for the characters in the film.  As well as the rotation model sheets I used to keep the characters on model when I had to animate the thousands of drawings used in the 10 minute classically animated film.

Here's the synopsis for the film:

Follow the adventures of the Super Nip as filmmaker Jeff Chiba Stearns explores his cultural backgrounds growing up a mix of Japanese and Caucasian in a small white-bread Canadian city.  This short classically animated film looks at particular periods in Jeff’s life where he battled with finding an identity being a half minority - from his childhood origins to the epic showdown against the monster truck drivin’ redneck crew.  “What Are You Anyways?” is a humorous yet serious story of struggle and love and finding one’s identity through the trials and tribulations of growing up.

Here are some of the characters that appear in "What Are You Anyways?" 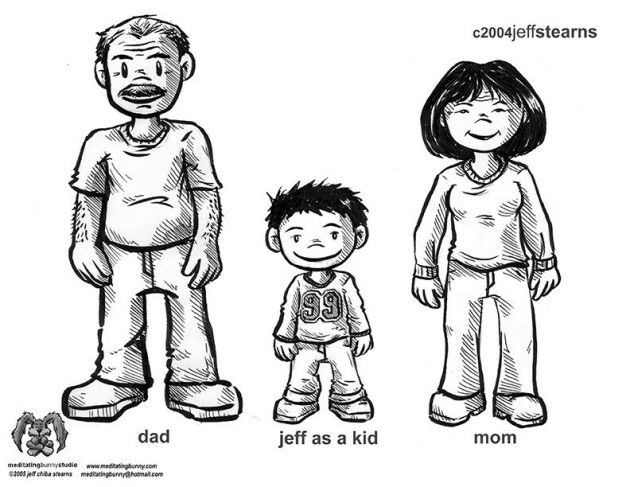 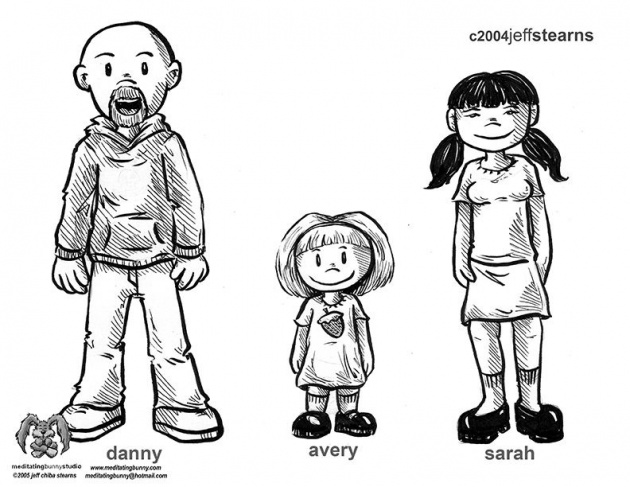 These rotation model sheets help visualize the characters in 3D so I have something to reference when the character has to be drawn from various perspectives. 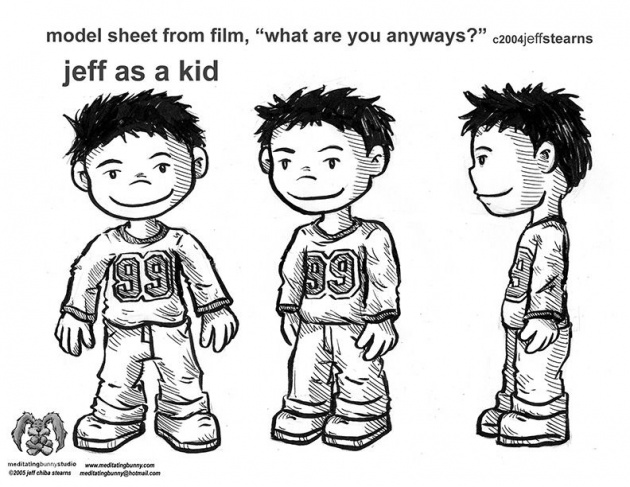 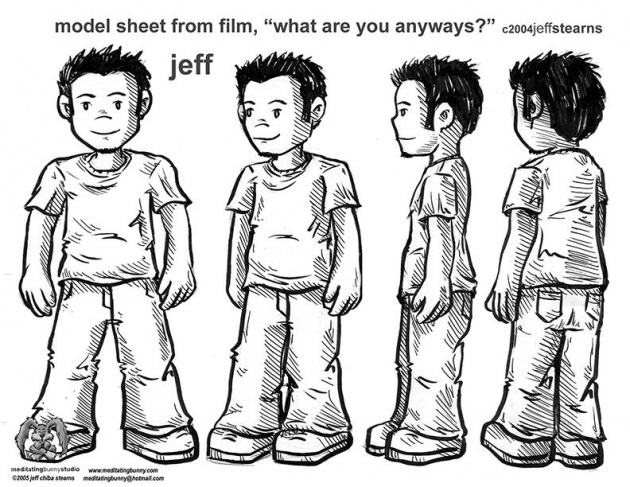 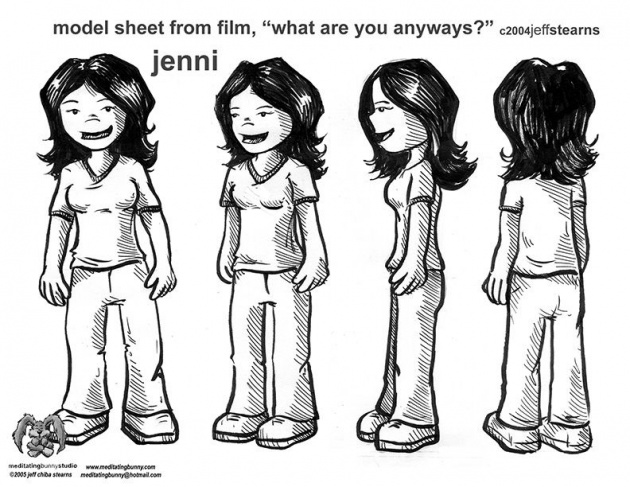 This image helps show the development of the characters from the rough storyboards to the final layouts. 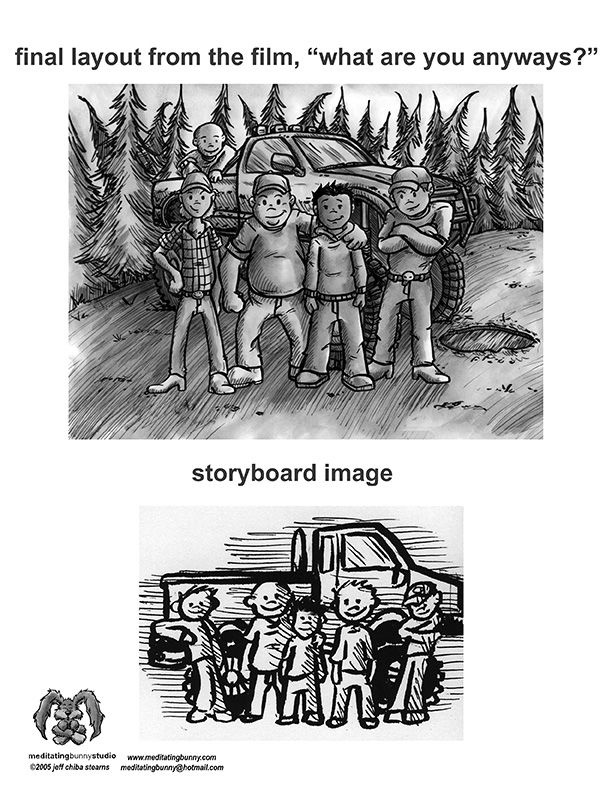 Here's a sheet that shows the drawings involved in creating an animated morphing sequence. 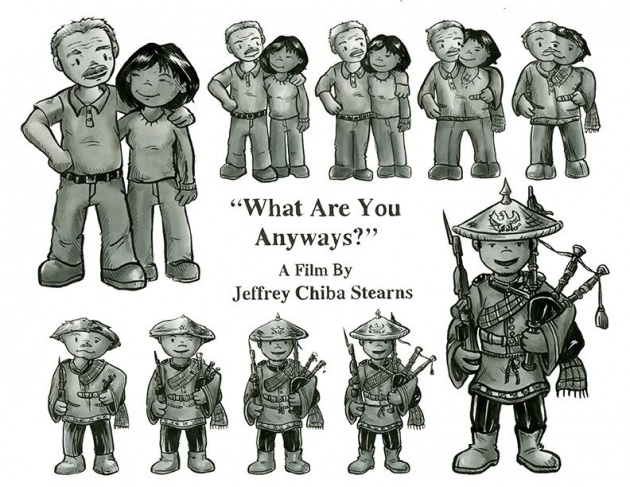 Please BUZZ and SUBSCRIBE for more updates on artwork, blogs, and videos! Here's the 2005 film, "What Are You Anyways?"