Some examples of this gruesome event includes Robb Stark (in the infamous Red Wedding); her mother Catelyn Stark (also in the Red Wedding); the partriarch of the Lannister family -- Tywin Lannister (shot with a crossbow while doing his business in the bathroom); Oberyn Martyll (head squased by the bare hands of The Mountain Ser Gregor Clegane); etc... 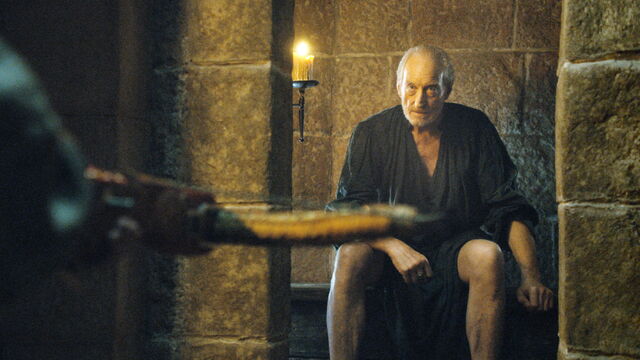 With so many gruesome deaths mentioned above, needless to say, Game of Thrones has scenes that are considered violent and gore. However, this post is not about glorifying said events. Instead, this GoT blog can be considered as somewhat of a "clue leads to..." type of situation involving Jon Snow. Naturally, this post will discuss first what is so far known about Jon Snow (from GoT Season 1 to GoT Season 7) -- and will transition to what was divulge in the recent episodes of Game of Thrones and will finally culminate to the final clue which would solidify Jon Snow's history and parentage.

Ever since the character's introduction, Jon Snow is widely known as the bastard son of Ned Stark. His last name is Snow because in the Game of Thrones universe, bastards cannot take their father's name. Instead, the bastard's family name will follow what their location is known for. For instance, the Starks are known to be the lords of Winterfell -- a cold an icy place in the north. Because of this, Jon is known as Jon Snow. If Jon is a bastard of someone from Dorne (a kingdom in the hot desert), he will be known as Jon Sand.

The Warder of the North -- Ned Stark

Anyway, Jon Snow is lucky to be the bastard son of Ned Stark -- the warden of the North. In a certain way, he still gain some respect from people since no one will dare insult the son of the warden of the North. But of course, most of the the smiles and admiration only occur when the people have their faces in front of Jon. Naturally, once he's back is turned, he'll receive some form of insults. Of course, this is already a given since he is a bastard.

Although Ned is a loving father, the same cannot be said for Catelyn Stark (Ned's wife). Based on what was shown on the TV, Lady Catelyn has no love of whatsoever for Jon (yours truly refrained from using hate and despise as these are too strong of a description). Being a bastard, one can say that Jon have a difficult childhood in a sense that there would always be antagonizing stares and badmouth from people -- there's this feeling of isolation and not belonging. Because of said reasons, it may have trigger why Jon decided to take up the black and become a member of the Night's Watch (as much as I want to discuss the Night's Watch, I'll refrain from to do so as it is another story for a different post).

While in the Night's Watch, Jon Snow's luck seems to have taken a turn from bad to better. While in the Night's Watch, he bacame Lord Commander, went to an awesome adventure beyond the wall where he met all sorts of creatures (Giants, white walking zombies, even the his first girlfriend). Unfortunately, Lady Fate seems to have been playing with Jon as he lost his girlfriend, got betrayed, and ultimately killed by his men. Luckily for him, it appears that things are turning around again as he was resurrected and eventually became the King of the North.

Moving on, Game of Thrones Season 7 divulged one key piece of informaton that will shed light to the true lineage of Jon. Although there have been already plenty of hidden hints provided in previous seasons, only true fans and audience with keen eyes (and ears) will be able to catch it.

In one of the many episodes, Stannis Baratheon was watching Jon Snow and Sannis' wife told him "You are fond of this boy..." Stannis replied that it is because he is the Lord Commander of the Night's Watch and that he is a Stark. The wife responded that Jon is still a bastard but Stannis answered back with "Perhaps...but that is Ned Stark's way" Reading between the lines, we can see that Stannis agrees that Jon is a known bastard but somewhere at the back of his mind, he knows that Ned is an honorable man and it is not in Ned's nature or personality to be unfaithful to his wife.

One will clearly see that Stannis is doubtful if Jon is indeed Ned's bastard from another woman. We must remember that Stannis has a sharp mind, clever tactician, and a good judge of character (except of course when he was blinded by the Red Priestess).

The Civil War between the Targaryen Successors

Interestingly, for some reason, Drogon (Dany's largest dragon) bowed down to Jon and the latter was able to pet him. It is possible that Drogon recognized the unique Targaryen characteristic in Jon which is why he did not unleashed and made Jon his dinner.

3. The personal guards at the Tower of Joy

The last revelation comes in the event at the Tower of Joy during the Usurper's War. For those who are not aware, this is the war that Robert Baratheon waged against the Mad King since he thought or is under the premise that the Mad King's son (Prince Raegar) kidnapped Lyanna Stark -- who is his bethrowed.

Anyway, as Prince, Raegar has his own personal bodyguards who is known far and wide across the kingdom as the best swordsmen of that era. However, it is quite strange that instead of riding with Raegar to battle at his side, Raegar ordered his two finest bodyguards to stay and guard the Tower of Joy where Lyanna is "supposedly" held captive.

Battle scene at the Tower of Joy Of course, any logical thinking person would question why Raegar chose to do what he did. And the answers to these questions fuelled the various theories circulating about Jon's through lineage.

That's just about it. Jon is a good person and a fan favorite making him a staple of the show. In the early seasons, nobody predicted that Jon would be where he is right now. Who knew that he would have a major role in the events to come. It seems that fate has been dealing him a good hand -- Finally!

Please feel free to leave a comment if I missed anything. Also, if you like watching HBO (both TV series and Movies), be sure to check the Querlo Movie/Entertainment Chat below. Cheers!