The brain is one of the most complex and magnificent organs in the human body. Our brain gives us awareness of ourselves and of our environment, processing a constant stream of sensory data. It controls our muscle movements, the secretions of our glands, and even our breathing and internal temperature. Every creative thought, feeling, and plan is developed by our brain. The brain’s neurons record the memory of every event in our lives.

In fact, the human brain is so complicated that it remains an exciting frontier...

There are different ways of dividing the brain anatomically into regions. Let’s use a common method and divide the brain into three main regions based on embryonic development: the forebrain, midbrain and hindbrain. Under these divisions:

·         The midbrain (or mesencephalon), located near the very center of the brain between the interbrain and the hindbrain, is composed of a portion of the brainstem.

Before exploring these different regions of the brain, first let’s define the important types of cells and tissues that are the building blocks of them all.

Histology
Brain cells can be broken into two groups: neurons and neuroglia.

Neurons, or nerve cells, are the cells that perform all of the communication and processing within the brain. Sensory neurons entering the brain from the peripheral nervous system deliver information about the condition of the body and its surroundings. Most of the neurons in the brain’s gray matter are interneurons, which are responsible for integrating and processing information delivered to the brain by sensory neurons. Interneurons send signals to motor neurons, which carry signals to muscles and glands.

Neuroglia, or glial cells, act as the helper cells of the brain; they support and protect the neurons. In the brain there are four types of glial cells: astrocytes, oligodendrocytes, microglia, and ependymal cells.

·         Astrocytes protect neurons by filtering nutrients out of the blood and preventing chemicals and pathogens from leaving the capillaries of the brain.

·         Microglia act much like white blood cells by attacking and destroying pathogens that invade the brain.

The tissue of the brain can be broken down into two major classes: gray matter and white matter.

·         Gray matter is made of mostly unmyelinated neurons, most of which are interneurons. The gray matter regions are the areas of nerve connections and processing.

Brainstem
Connecting the brain to the spinal cord, the brainstem is the most inferior portion of our brain. Many of the most basic survival functions of the brain are controlled by the brainstem.

The brainstem is made of three regions: the medulla oblongata, the pons, and the midbrain. A net-like structure of mixed gray and white matter known as the reticular formation is found in all three regions of the brainstem. The reticular formation controls muscle tone in the body and acts as the switch between consciousness and sleep in the brain.

The medulla oblongata is a roughly cylindrical mass of nervous tissue that connects to the spinal cord on its inferior border and to the pons on its superior border. The medulla contains mostly white matter that carries nerve signals ascending into the brain and descending into the spinal cord. Within the medulla are several regions of gray matter that process involuntary body functions related to homeostasis. The cardiovascular center of the medulla monitors blood pressure and oxygen levels and regulates heart rate to provide sufficient oxygen supplies to the body’s tissues. The medullary rhythmicity center controls the rate of breathing to provide oxygen to the body. Vomiting, sneezing, coughing, and swallowing reflexes are coordinated in this region of the brain as well.

The midbrain, also known as the mesencephalon, is the most superior region of the brainstem. Found between the pons and the diencephalon, the midbrain can be further subdivided into 2 main regions: the tectum and the cerebral peduncles.

·         The tectum is the posterior region of the midbrain, containing relays for reflexes that involve auditory and visual information. The pupillary reflex (adjustment for light intensity), accommodation reflex (focus on near or far away objects), and startle reflexes are among the many reflexes relayed through this region.

Diencephalon
Superior and anterior to the midbrain is the region known as the interbrain, or diencephalon. The thalamus, hypothalamus, and pineal glands make up the major regions of the diencephalon.

·         The thalamus consists of a pair of oval masses of gray matter inferior to the lateral ventricles and surrounding the third ventricle. Sensory neurons entering the brain from the peripheral nervous system form relays with neurons in the thalamus that continue on to the cerebral cortex. In this way the thalamus acts like the switchboard operator of the brain by routing sensory inputs to the correct regions of the cerebral cortex. The thalamus has an important role in learning by routing sensory information into processing and memory centers of the cerebrum.

Cerebrum
The largest region of the human brain, our cerebrum controls higher brain functions such as language, logic, reasoning, and creativity. The cerebrum surrounds the diencephalon and is located superior to the cerebellum and brainstem. A deep furrow known as thelongitudinal fissure runs midsagittally down the center of the cerebrum, dividing the cerebrum into the left and right hemispheres. Each hemisphere can be further divided into 4 lobes: frontal, parietal, temporal, and occipital. The lobes are named for the skull bones that cover them.

Deep within the cerebral white matter are several regions of gray matter that make up the basal nuclei and the limbic system. The basal nuclei, including the globus pallidus, striatum, and subthalamic nucleus, work together with the substantia nigra of the midbrain to regulate and control muscle movements. Specifically, these regions help to control muscle tone, posture, and subconscious skeletal muscle. The limbic system is another group of deep gray matter regions, including the hippocampus and amygdala, which are involved in memory, survival, and emotions. The limbic system helps the body to react to emergency and highly emotional situations with fast, almost involuntary actions.

With so many vital functions under the control of a single incredible organ - and so many important functions carried out in its outer layers - how does our body protect the brain from damage? Our skull clearly offers quite a bit of protection, but what protects the brain from the skull itself? Read on!

Meninges
Three layers of tissue, collectively known as the meninges, surround and protect the brain and spinal cord.

·         The dura mater forms the leathery, outermost layer of the meninges. Dense irregular connective tissue made of tough collagen fibers gives the dura mater its strength. The dura mater forms a pocket around the brain and spinal cord to hold the cerebrospinal fluid and prevent mechanical damage to the soft nervous tissue. The name dura mater comes from the Latin for “tough mother,” due to its protective nature.

Cerebrospinal fluid is produced in the brain by capillaries lined with ependymal cells known as choroid plexuses. Blood plasma passing through the capillaries is filtered by the ependymal cells and released into the subarachnoid space as CSF. The CSF contains glucose, oxygen, and ions, which it helps to distribute throughout the nervous tissue. CSF also transports waste products away from nervous tissues.

After circulating around the brain and spinal cord, CSF enters small structures known as arachnoid villi where it is reabsorbed into the bloodstream. Arachnoid villi are finger-like extensions of the arachnoid mater that pass through the dura mater and into the superior sagittal sinus. The superior sagittal sinus is a vein that runs through the longitudinal fissure of the brain and carries blood and cerebrospinal fluid from the brain back to the heart.

Metabolism
Despite weighing only about 3 pounds, the brain consumes as much as 20% of the oxygen and glucose taken in by the body. Nervous tissue in the brain has a very high metabolic rate due to the sheer number of decisions and processes taking place within the brain at any given time. Large volumes of blood must be constantly delivered to the brain in order to maintain proper brain function. Any interruption in the delivery of blood to the brain leads very quickly to dizziness, disorientation, and eventually unconsciousness.

Motor Control
Our brain directly controls almost all movement in the body. A region of the cerebral cortex known as the motor area sends signals to the skeletal muscles to produce all voluntary movements. The basal nuclei of the cerebrum and gray matter in the brainstem help to control these movements subconsciously and prevent extraneous motions that are undesired. The cerebellum helps with the timing and coordination of these movements during complex motions. Finally, smooth muscle tissue, cardiac muscle tissue, and glands are stimulated by motor outputs of the autonomic regions of the brain.

Long-term memory is stored in the brain by the hippocampus. The hippocampus transfers information from short-term memory to memory-storage regions of the brain, particularly in the cerebral cortex of the temporal lobes. Memory related to motor skills (known as procedural memory) is stored by the cerebellum and basal nuclei.

Homeostasis
The brain acts as the body’s control center by maintaining the homeostasis of many diverse functions such as breathing, heart rate, body temperature, and hunger. The brainstem and the hypothalamus are the brain structures most concerned with homeostasis.

In the brainstem, the medulla oblongata contains the cardiovascular center that monitors the levels of dissolved carbon dioxide and oxygen in the blood, along with blood pressure. The cardiovascular center adjusts the heart rate and blood vessel dilation to maintain healthy levels of dissolved gases in the blood and to maintain a healthy blood pressure. The medullary rhythmicity center of the medulla monitors oxygen and carbon dioxide levels in the blood and adjusts the rate of breathing to keep these levels in balance.

Sleep
While sleep may seem to be a time of rest for the brain, this organ is actually extremely active during sleep. The hypothalamus maintains the body’s 24 hour biological clock, known as the circadian clock. When the circadian clock indicates that the time for sleep has arrived, it sends signals to the reticular activating system of the brainstem to reduce its stimulation of the cerebral cortex. Reduction in the stimulation of the cerebral cortex leads to a sense of sleepiness and eventually leads to sleep.

Reflexes
A reflex is a fast, involuntary reaction to a form of internal or external stimulus. Many reflexes in the body are integrated in the brain, including the pupillary light reflex, coughing, and sneezing. Many reflexes protect the body from harm. For instance, coughing and sneezing clear the airways of the lungs. Other reflexes help the body respond to stimuli, such as adjusting the pupils to bright or dim light. All reflexes happen quickly by bypassing the control centers of the cerebral cortex and integrating in the lower regions of the brain such as the midbrain or limbic system. 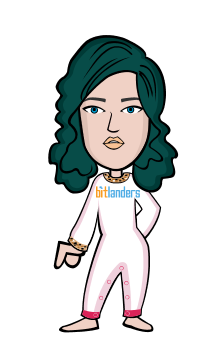