What is Truth of Burma & the Rohingya? 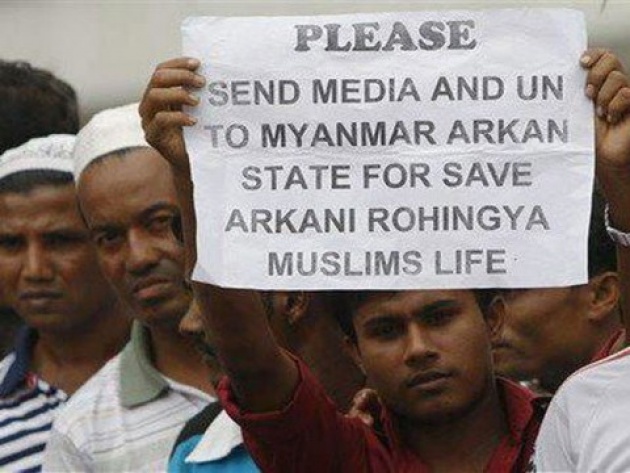 Do not expect a rant now about the “truth” – the unfortunate reality is that few outside of the region of Rakhine State in Myanmar seem to know. The UN’s top envoy for Myanmar Vijay Nambiar today (July 26, 2012) indicated that UN staff had been withdrawn on “A voluntary basis” its staff from the region implying that there were no independent eyes and ears on the ground. Some sources though speak of systematic human rights abuses and killings that signal a full-blown genocide: From NY Times, July 12, 2012: “Ethnic Cleansing of Myanmars Rohingyas”

Mr, Nambiar has been saying all the right things: “The United Nations is committed to assisting Myanmar and its people in their reform and national reconciliation efforts, including overcoming imminent challenges. In this spirit, the United Nations has been working to help assist many of the victims of the recent violence in Rakhine state, regardless of their religion or ethnicity.” However, we wonder if there is a rush to declare a victory for democracy and celebrate in Myanmar. We note that the military junta remains in effectively absolute control and refuses to reform the Constitution, which would be consistent with the rules of law, civilian control and authentic democracy.  Read our Blog for Film: "Is Myanmar Optimism for Democracy Overdone?"  Part of this continuing failure is also denial to the Rohingya citizenship status. Many/most within Rohingya’s government/diplomacy continue to paint the Rohingya who have no place in Myanmar even stooping to ethnic rhetoric – one Myanmar Ambassador described them as not possibly belonging to Burma because they were “darker” and “ugly as ogres.” Read –“The Most Endangered Minority Group – ‘Ugly as Ogres’” . 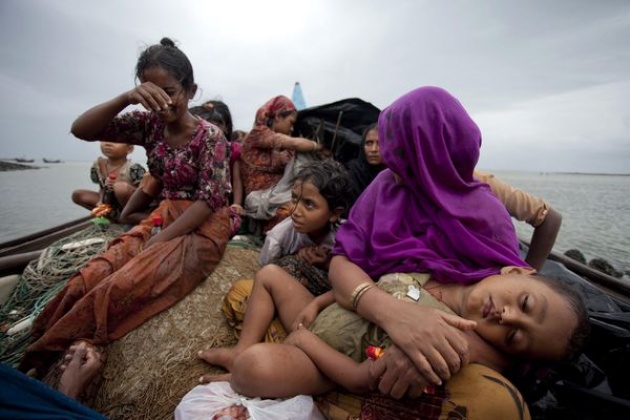 According to reports, the violence between ethnic Rakhine Buddhists and Rohingya Muslims left at least a dozen civilians dead and hundreds of homes destroyed, while internally displacing some 30,000 people. Diplomatically Incorrect’s recent popular current news event article  “Buddhist-Muslim Fighting in Burma”? We are at least mildly suspicious though that, as in the case of the wars of the former Yugoslavia, ethnic chauvinism will be cultivated to gain popular standing for the current autocratic rulers of Myanmar, (in effect still a military junta), and as a means to perpetuate their hold on power and privilege. See "Regime Divides Opposition & Minorities?" This reflects in the treatment of all minorities in the country, including the Christian Karen who continue to remain especially weary. Read our Blog for Film – “Treatment of Minorities in Myanmar”.

In his statement, Mr. Nambiar also said he had conveyed the personal concerns of Secretary-General Ban Ki-moon, along with the UN’s expectations, directly to President Thein Sein. He noted that the President’s statements on the issue recognize the risk that the situation in Rakhine state poses for the broader reform process underway in Myanmar. While the response by the Government thus far has been prompt and calibrated, and while the President has stressed the need to handle the matter with sensitivity, I have, during the past days, called on the authorities, publicly and privately, to make an independent and transparent investigation of these tragic events. Such action should establish accountability as well as the prevalence of the rule of law. It should also address the underlying causes of the violence, including with regard to the condition of the Muslim community in Rakhine as an integral part of the national reconciliation process.” Mr. Nambiar's words though still cloak in diplomatic language what is fundamentally missing with the Rohingya in Myanmar - They are neither seen as Burmese or recognized as citizens by the country's elite. They are not seen as having a say in the future of Myanmar and its hoped for democratic evolution. Many of Burma's elite see the optimum solution in forcing them to leave the country - a prescription for ethnic cleansing/genocide. 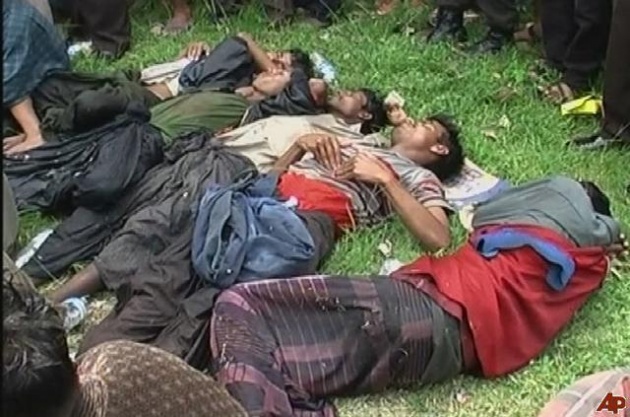 Save Rohinga- What's going on! Where Human Right Workers? Where Humanity?

Are you happy to be a human? Shame on you. Do you know whats going on inRohinga? Save Rohinga Save H…