What Makes a Hero?

Now a days with everything in the world readily available to us, we can be very distracted about things. From movies to news casts, it seems that all we seem to talk about is disasters in the world and I know that I personally feel like the world could use a Hero. 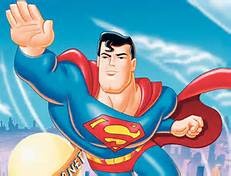 Okay, so maybe the Heroes we're used to like, Superman, Batman, Captain America.. etc, aren't real but, that doesn't mean that actual Heroes don't exist in this world, Most people are so dead set in their lives that they wouldn't do a single thing to help another human being. Quite frankly, it's kinda despicable if you ask me.

But now what exactly makes a Hero then? Is it flying around the world in tights and wearing your underwear on the outside of your pants? NO! It's the simple fact that you can actually help another human being without a feeling of disgust or shame.

Every moment someone out there is suffering from depression or another ailment that is eating them up from the inside out and making every minute of their existence a living hell. Why can't anyone seem to just reach out and offer to just sit down and listen to what they have to say? For all we know that simple gesture could be what saves a life. Just being there for someone else should start becoming a human instinct and it's ridiculous that its not. 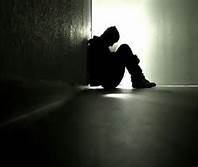 Imagine feeling completely empty, void of all emotion and feeling. Every sense you have dulled like the moon in daylight. Your mind racing yet you're not able to do anything because you're body doesn't want to. Now imagine you start feeling this way around the age of 14 or 15, this is depression, you now have to live like this everyday for your whole life. wouldn't you want a way out? Even someone just to sit and listen to what you have to say could make the world of difference

So, what makes a hero? The ability to care about someone outside our own life. To reach out and connect with someone else and aid them without expecting a reward for it but at most a simple smile. That's what it means to be a hero, and everyone is capable of doing just that.

Please be a Hero!!

Zach is a hopeful 21 year old Judoka working towards his Olympic dream at the -60kg divison. Zach started Judo at the age of 6, when his mother thought he was too weak of a child to protect himself if he got bullied. Once he walked on the mat, the…

Hello dear friends, how are you doing? This blog is dedicated to the sensation of fear we all have a…

How to Improve Your Self-Esteem? (Part II)

Hello dear friends, how are you doing? As I promised you, here is How to Improve Your Self-Esteem? (…