What next about other issues of woman? 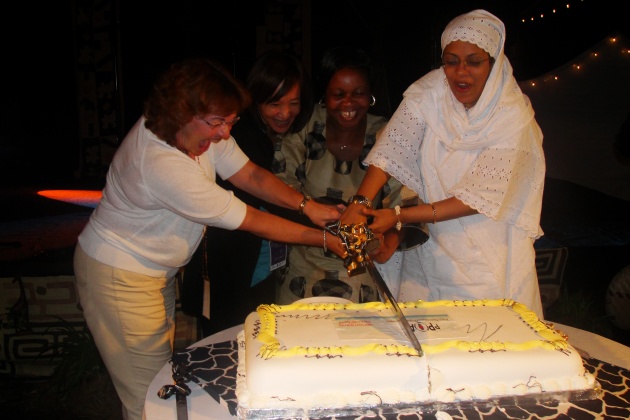 Another issue which has been a focus of cricism about Islam is concerning unjustice about woman, is polygamy. The criticism is that the woman in an Islamic society is like all other properties being sold and bought, and the right of woman has been neglecte

It is true that polygamy in Islam has been legally allowed without opposition from any side or any school of thought. But has this criticism been logically and deeply thought about and discussed is another issue. Why non Muslims especially Christians try always to criticize Islam, forgetting their own gaps and problems about woman, has been their habit for the long years. Like other criticisms, and the replies given, this one can be answered very easily. Muslims doesn’t sit quite over the issues raised by non Muslims, especially western people.

Polygamy in Islam is not a crime as it is in the western society theorectically but not practically done. Why polygamy is permitted in Islam, should be asked instead of criticizing. Major Muhammad Akram in his book, “A look at the west” answers it very nicely as follows:

“Polygamy in Islam is permission and not an obligation. Inspite of the permission, polygamy is not a practice. There may be hardly one or two percent who have more than one wife in the Islamic societies. Islam being the perfact religion provides for all contingencies. It makes marriage easy, and fornication and adultery a heinous crime and a cognishable offence with different punishment. ie, death by stonning for both the parties who are equally gulty, in case of adultery”.[1]

Why then the Western people forget the situation of woman in their own society? They think that they are not practicing polygamy but isn’t it better not to allow fornication and allow polygamy in which a man marries legally? Even in polygamy, it is Islam that has put a limitation for polygamy. Although polygamy is allowed in Islam, but still one can not marry as many wives as he wishes or likes. A man has been given the permission only that he may marry up to four and no more than that, but what about the western society? Polygamy is in practice there, meaning that people have legal and non legal wives as much as they want.

We shall discuss about polygamy in Islam a little bit more, but what about monogamy in the western society?

The married men run about with other women. The recent death by drowning in a car accident of a girl secretary in company of Senetor Edward Kenedy, after a late party is the subject of comments and investigations in USA”

a steady boy-friend as to why she did not get married to him Mr. “A” with whom she had been going about for more than two years. Her reply was quite illuminating. She said, I do not know what type of a man he is. When he is with me, he naturally is on his best behavior.” A youth is blinded, his vision clouded over by his passion, which is at its highest at his age. He is not capable of calm, cool and collected deliberations and actions. No wonder a good number of girls in these countries are already pregnant when they got married not mentioning the illegitimate births”.[1]

These conditions are not restricted to any particular country of the west, but the same is all over the western countries including United States of America, England, Italy, French and etc. Besides them the communist countries are not an exception. The condition there is even worse than it is at the west, because they do not have any respect to any religion. They do whatever they like to do and they never think that they are going to pay for this. Our topic of discussion is not this, there fore we have to return back to our own main topic of discussion, West and monogamy and stop here.

“The sexual freedom in his party branch was much what it was in others and members took advantage or not according to temperament. I went with him one night, before he had been withdrawn from locale activities, to a social branch had organized. We were at the door by another local leader, an ex-international Brigadier who had lost an arm in “Spain” and who was at the type which likes to publicise its conquests. “My God”, he said as he looked around the crowded room, Do you know there isn’t a signle woman here I havenot been to bed with”?

I saw my companion look agitatedly around the room and turn slightly green. Later alone, he talked to me about it. “Ofcourse I agree with all that “Marx” and rest have said, “and I have practiced it all myself. But I absolutely hated him when be bragged in that way. I know it was damned silly of me, but you see I got secretly engaged to …….. only the other night and I prefere not to be reminded of his conquests at the moment. “The girld he named had, ofcourse, been among those present in the room. He was discovering in his own experience, for the moment at least, that there is a lot of Marxist teaching that runs counter to human nature itself. As postscript I should add that his marriage did not srvive the war”.[1]

“We never have to look for girls”, says one club owner. “We find them looking for work every day”.[1]

“Where do the bars get girls willingly to take off their clothes for a salary runging from 120 to 250 Us dollars weekly? Depending on the locale of the club, their looks and degree of modisty required, a lot of performer who can actually dance and has beauty can command 300 dollars weekly. Some wander in straight from high school looking for any kind of job. Some are cods from the San Fransisco stat university. Some are young house-wives helping their husbands through colleges, And some enjoy the male stares, while other just like the money.[1]

So these are the criticizers of Islam on polygamy and the situation of woman in their society. Could the polygamy in Islam which according to the western people, is unjust and unwise of Islam towards woman, be even worse than their own justice according to their own belief? For the justice a wise and just man and woman is needed to judge and compare this matter beween Islam and others.