What to Do When A Nuclear Bomb Strikes

What to Do When A Nuclear Bomb Strikes

North Korea just dropped the rhetorical bomb when it felt provoked by the POTUS' statement. The Korean leader might be dropping the literal one anytime soon.

But I don't really think North Korea will defeat a superpower, which is the U.S.A. However the trajectory of little rocket man's arsenal is a thing to be alarmed of, if you're here in the Philippines. Guam is lying just beside our country so if ever little rocket man's bomb goes out of track, it might land on our territory. 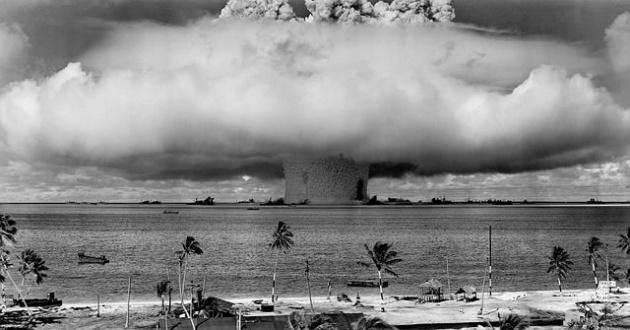 North Korea boasts of having up to 100 kilotons of nuclear bomb, about 7 times the blast yield of the Hiroshima bomb (which vaporized virtually everything within 1.6 km radius). Doubling its impact would be a rough estimate, as experts are unsure if they had tested hydrogen bomb, which has a bigger blast. Plus, little boy was only 1% efficient (not all of the uranium exploded).

But it's not the end of the world or your life, and you would fairly be alive and safe if you know what steps to take.

Steps to Do During a Nuclear Blast:

Run Away from the Impending Blast 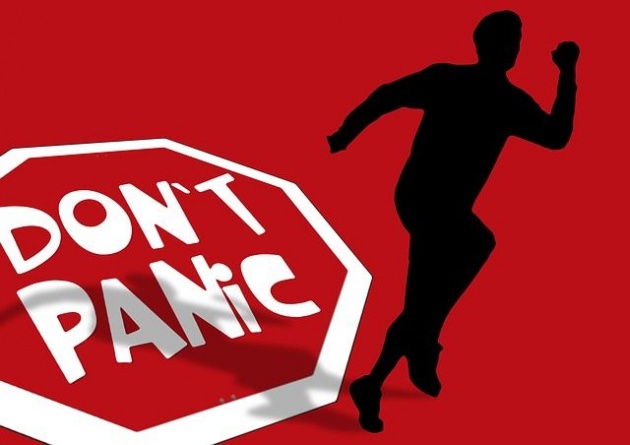 If you ever see a bomb hitting within your vicinity, you only get to have 5 minutes at most to flee as far as you can from or more than 11 kilometers away from ground zero[1]. A nuclear explosion generates a record of 300,000°C at point blank (read: the fireball)[1]. For reference, Tungsten, the metal with the highest melting point, liquifies at 3442°C and vaporizes at 5930°C. Under 11.4 km radius, you'd get 1st, 2nd or 3rd degree burns from thermal radiation[1]. 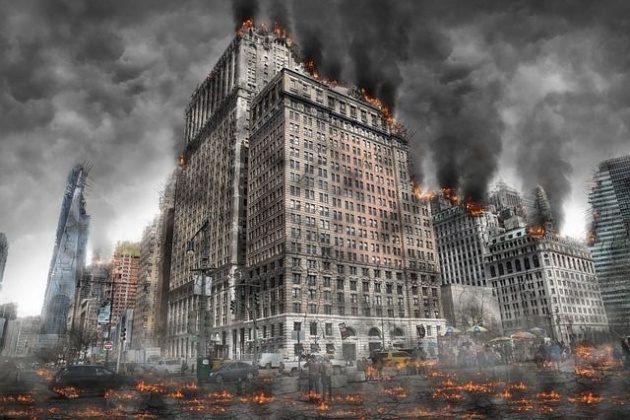 A shockwave, happening a second after the explosion, will also obliterate anything in its path, shattering glasses, breaking concrete... it's like the Kame Hame Wave of Goku, except this one's air pressure. The overpressure is so great, even your body will be externally hurled out and internally crushed (bones shatter, blood vessles rupture, lungs implode, etc) by this invisible power.

The PSi (pounds-force per square inch, unit for pressure) declines as it goes farther from the point of origin so getting away as far as possible is the best option.

The Hiroshima bomb had 5 PSi on the outskirts of its 3.5 km diameter; 2 PSi has been recorded as already fatal to humans.[2] You can survive but don't bet your life on it.

Don't Look at the Blast 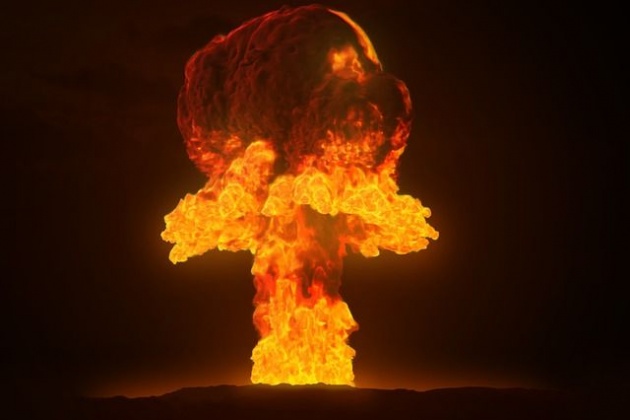 You have to know that as you run away, you don't need to turn and look behind as what Lot's wife did in the bible. His wife did turn into salt, but in your hypothetical case, you will go blind, permanently. The explosion will give off shock, heat and blinding light, plus radioactive particles (radionuclides) , so don't look at it and look the opposite way.

Hide from the Blast 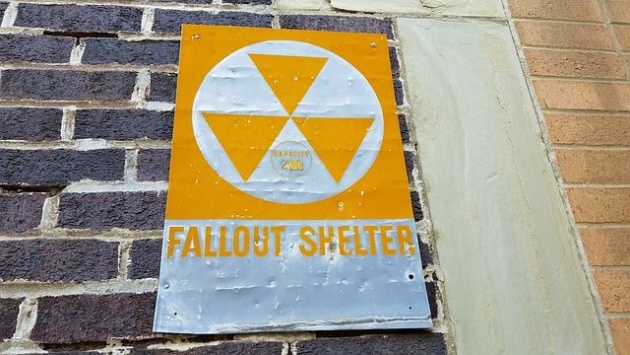 The detonation will emit harmful radiation onset. Also, minutes after the blast, there's this thing called nuclear fallout. It's a cloud of radioactive dust that scatters around the atmosphere and will speedily disperse through wind.

You must seek shelter from these, one made of thick concrete or brick is better. If you're already inside that kind of shelter, like your house or mall or office, just stay put and don't go outside.

Go to the area where protection is densest, say in the middle of the building. Walls can dissipate radioactive particles so thicker walls are better. Also, ground soil decreases permeation of such specks. Here's a rundown of how much of a fraction a wall or group of walls decrease radiation effects: 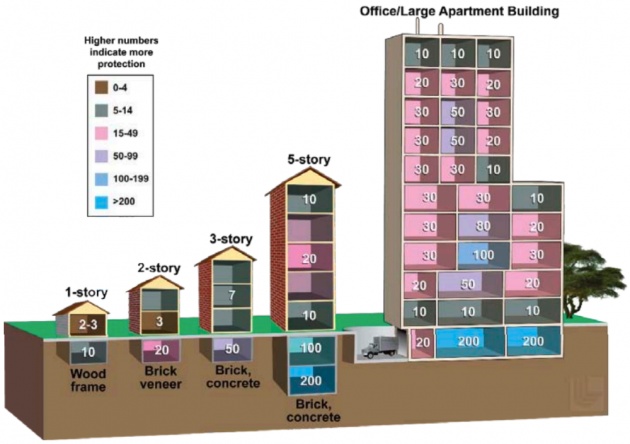 Since fallout dusts travel like hail or rain, from up in the air to the ground, better protection is assumed when there are more storeys. The top floor stops 1/10 of the specks, then the second topmost floor absorbs 1/20th until it reaches 1/30th. Walls horizontally aligned also lessen dispersion of radionuclides. The floors with 10 had lower protection capability because it has doors (leading outside). Open areas, even minute, increases penetration of fallout radiation. 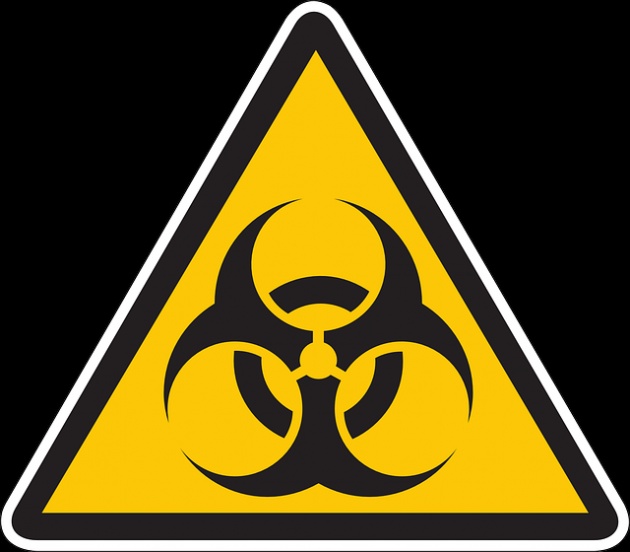 From a research paper, it states that 500 meters away from the hypocenter of the Hiroshima bomb released 303000 rem of radiation[3]. An instant gamma ray--most lethal type of ray--of 75 rem (unit for radiation absorption dosage) is already damaging to humans. Chest x-rays emit 0.01 rem.

The fallout radiation decays rapidly (at seven-ten rule*) and the farther you are, the less potent it becomes. But you still need to be careful as materials it touches, even the ground, may become radioactively contaminated or activated. 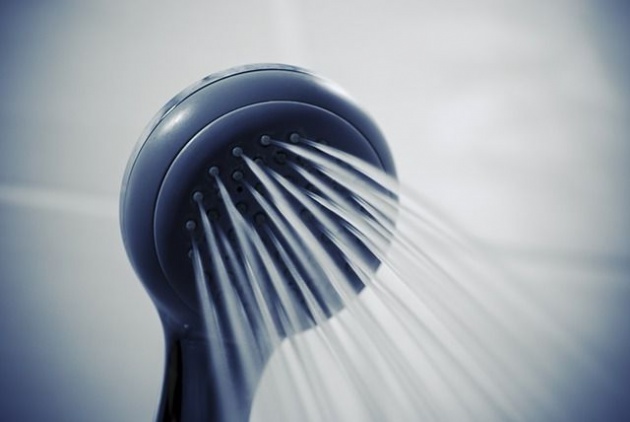 Especially if you've been outside after the blast, if you're still alive, head to the shower immediately and lather soap all over your body and shampoo your hair thoroughly. Skip the conditioner because radionuclides will bind to your hair if you use one. Use lukewarm water for pre-rinse and rinsing. Do not scrub your skin. Dispose of your exposed worn clothes in a zip lock bag and dump it far from biological life as possible.

As possible, settle for sealed water containers unexposed to harmful radiation, such as a 4-liter Wilkins. But you can filter your contaminated tap water using the sand-gravel-charcoal water filtration system or with clayey soil and pebbles. You can also remove those radioactive particles from water; there's activated charcoal (2-4 tbsps per glass of water IIRC?) and reverse osmosis (hello water refilling stations) for you. 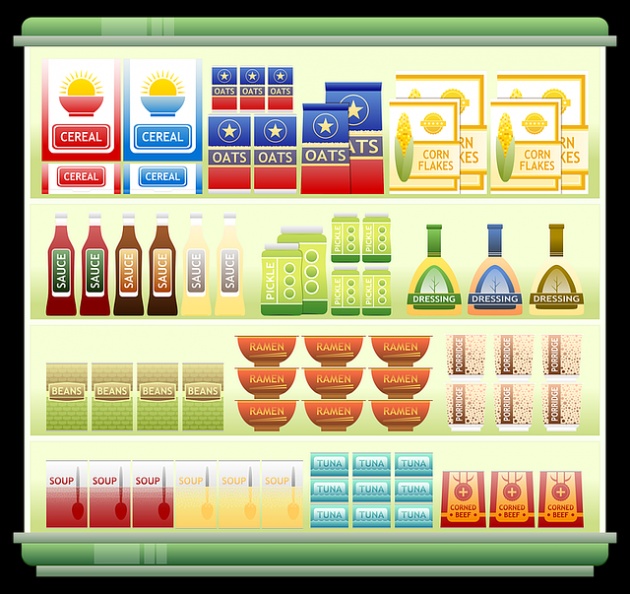 It's best to store food and water for these just-in-case scenarios. Stockpile on foodstuffs that would last for at least 2 weeks. If you're on a budget, whenever you go out grocery shopping, add a couple of canned goods and other non-perishables in your list and set them aside for emergencies; this method's easy on the wallet. Just don't forget to consume them before their expiration dates, and gradually resupply if needed.

Tune In for News 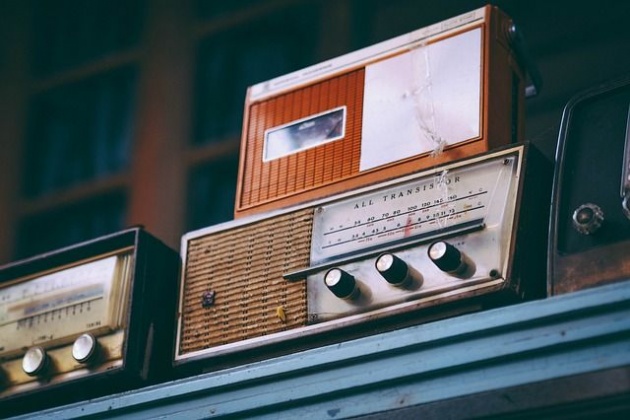 Have a handy radio at home to listen for updates from authorities if it's already safe to go out of your shelter or a evacuation team will come around your vicinity.

But the grid might shut down from an aftereffect of nuclear explosion called an electromagnetic pulse where every medium to large electronics discharge and be deemed unusable. You can make a Faraday Cage and stuff every electronic spare you want to save if you're levelling up your prepping methods

Important note: I've only given figures for the little boy, the Hiroshima warhead. It's a fission bomb and is 1/3000 times weaker than the hydrogen bomb. There have been many different bombs that exist today and are more efficient than the 1941 atomic bomb. They also have bigger blast yields (North Korea's 2016 test yielded 150 kilotons). The farther you are from ground zero, the better--think of 100 km distance. Let's hope and pray you won't need to use the steps I mentioned, ever.

Disclaimer: information stated in this blog post are for educational purposes only. It is best to heed advice from an expert in the given field. Writeup is created by lapiz-lazuli.

Hero's of Pakistan Many people watch movies to see their's a hero,hero is main rule of any movie.H…

A little boy, at a wedding looks at his mom and says, "Mommy, why does the bride wear white?" His ma…

A new teacher was trying to make use of her psychology courses.She started her class by saying. Ever…

A little boy wanted $100 very badly; his mother told him to pray to GOD for it. He prayed for two we…

A man and a little boy entered a barbershop together.After the man received the full treatment: shav…