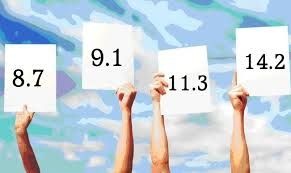 Scoring as defined is an evaluation of performance by giving a grade.  In particular to bitlander  the members are given points particular on posting blogs, micro-blogs, videos, and galleries. There is also a score for influence and sharing and now the latest which is "only for a day" buzz scores+1. The particularities on how much is given to postings, influence and sharing scores are not defined.  And now the buzz scores+1 is also unknown or intriquing"

With the third article that i posted i also sent an email questioning why there was a deduction on the buzz score instead of adding.  With the inquiry which was sent to cs@bitlander.com , two members of the bitlanders team responded explaining how they see what happen to my buzz scores, see here are the responses and my own factual analysis about the buzz scores;

Actually it will be a long responses from the two  members of bitlanders team and my opinion and factual analysis but i would summarize it here.

Mauryr and Ellyn are the two members of bitlanders who had responsed about my inquiry , i will just post here the last  message of Ellyn; 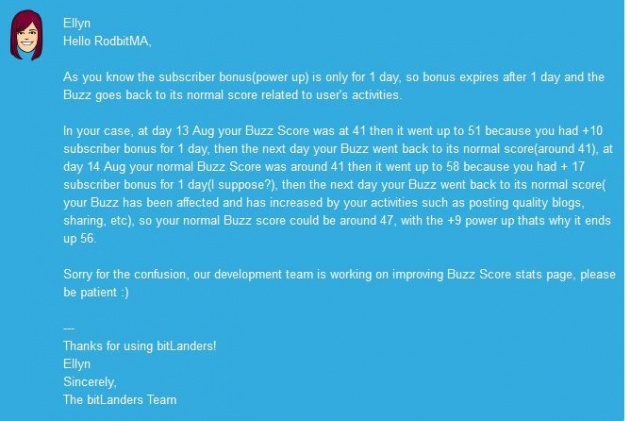 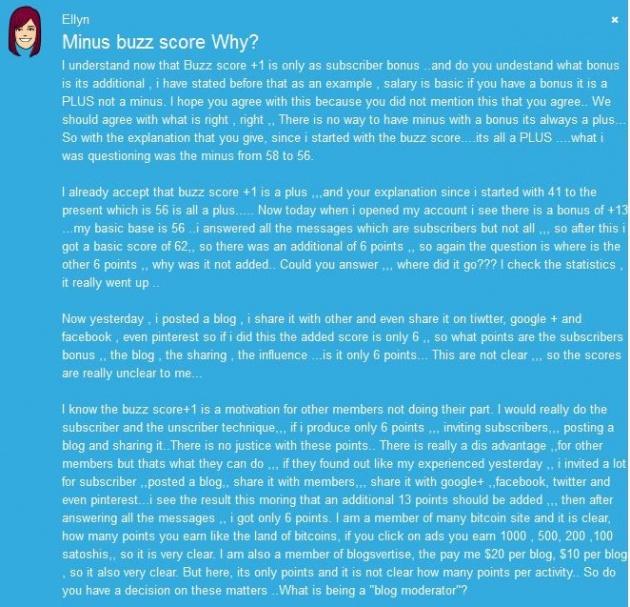 The latest that i want to post here is about the buzz score that i got yesterday August 17/14  where i did not  post a blog , i just invite others to subscribe and follow their subscription , answer some inquiries and posted comments on some blogs and works of co- members . In the evening before i slept the buzz score was 62 +10. 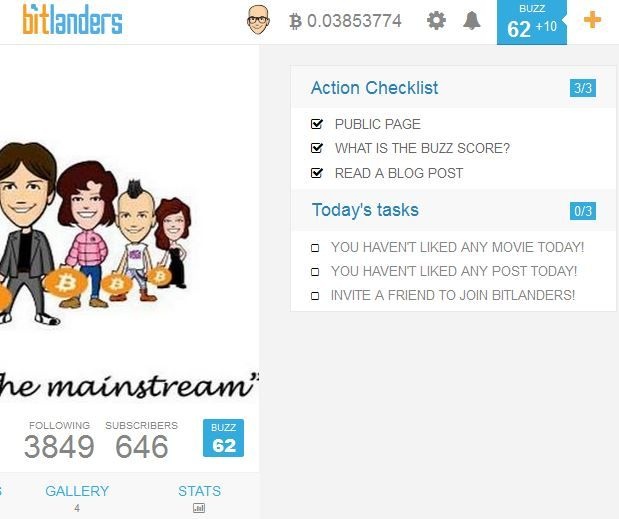 So i just leave this issue with  my analysis, its up to the admin or bitlanders what they will do, in the first place i registered here to earn and follow their practise, i say practise because when i become a member  there no policies or guideline to follow. I dont know if  the admin or bitlanders are open to critisms and open to suggesstions;

1.  The buzz score+1 which was said to be for one day only for subscribers points is not clear how much per subscriber. The questions remain if it is for one day , is it implimented  within a number of hours in a day ?  I would assume that since +1 always appears  everyday ,  it is not only for a day , it will be seen as being implimented everyday.  It is very "tricky"  is the buzz score+1 a guessing day , when it will implimented , so if you fall on that day your a winner , if not no score? Granting it is only for a day , what day it is within 24 hours , or a few hours.

2. I experienced that within this implimentation of this buzz score+1, last August 15/ i invite subsribers, i posted a blog , i commented on others post, i shared with facebook, google+ twitter, and even pinterest but only have 6 points where the buzz score+1  was 13. Its much harder to determine how much is for the subscribers bonus and other works. There is a need to clarify other points , aside from subscriber bonus,  what points for the posting of blogs, video, micro-blog and  galleries,  Clarify and in detail how much is the point for influence and sharing.

3. I like the concept of bitlanders that it is paying the members with bitcoin but it is intriquing , how much or what 's the real score . Is it really computed or it depends on who is giving the scoring,  i want to believe that the scoring is automatic it cannot be done by a person because of thousands of members  But given that such scoring is not clear makes me a second thought with my participation.

4. With this inquires there were two members who represent the admin so it is still not clear what is the organization of bitlanders and what are the functions. There is also a need for the admin to post their own blog so to interact with the members.