What's Up with Upshaw? Our Follies: The Early Years

For quite some time I've been doing a little comic panel called "Our Follies" for the weekly Northwest Indiana newspaper "The 411".  In it I show the quirks and foibles of African American people, famous and non-famous.  For instance, I've done gags about President Obama, the Real Housewives of Atlanta, Shonda Rhimes and her shows--from the view of my "typical, everyday" black characters.  I would like to now share with you the best of "Our Follies" from a long time ago. 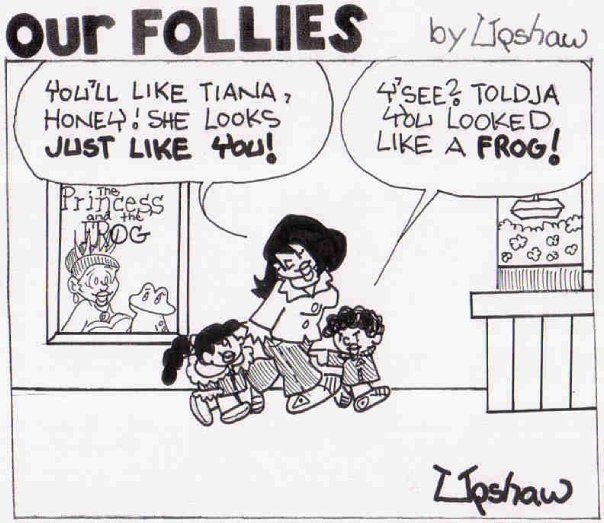 I guess not everybody was celebrating Disney's first Black Princess! 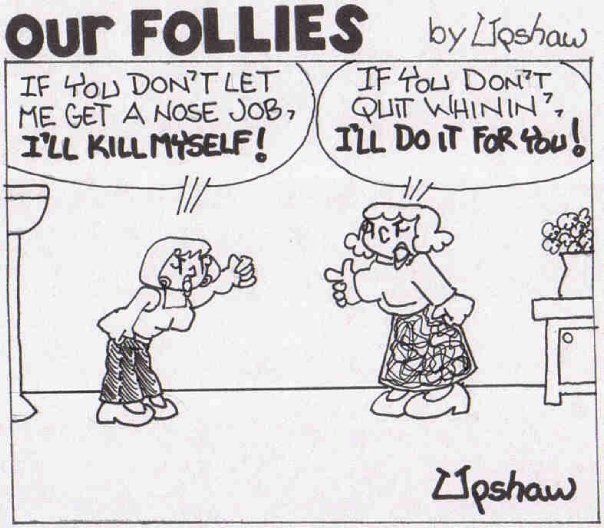 I'm afraid this gag is based on a true story.  And this was before Paris Jackson was even born! 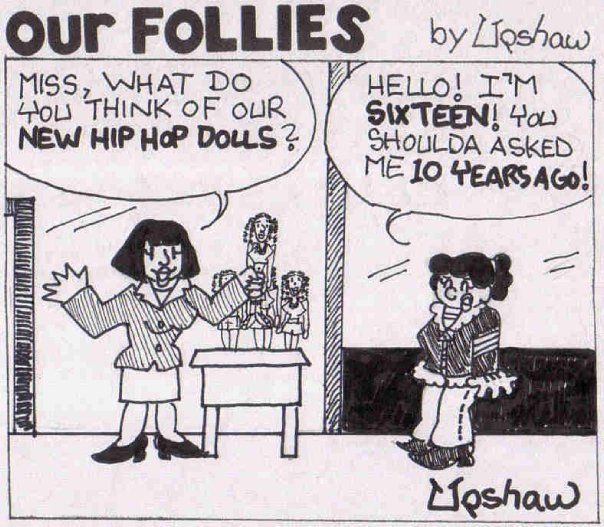 Another "torn from the headlines" cartoon, based on Mattel's "So In Style" black fashion dolls.  They really did test them out on teenage girls, who, of course, didn't care for them. 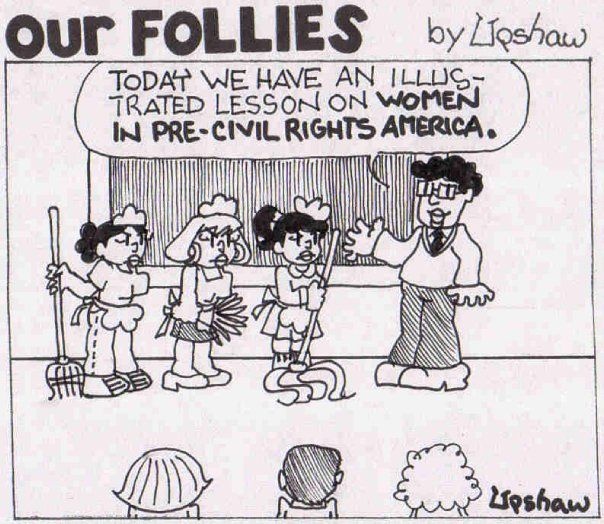 This was based on an incident where a plantation tour guide made black students pretend to pick cotton to show what blacks did on plantations in pre-Civil War America.  Hey, the truth hurts! 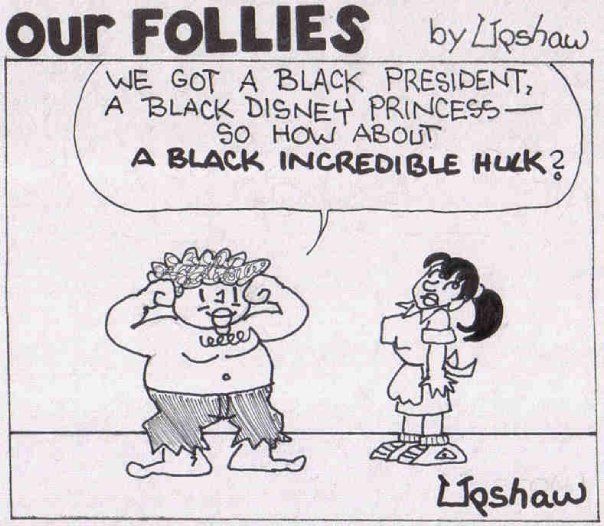 This is Obama's Black America, where we think we can just "African Americanize" any old thing! 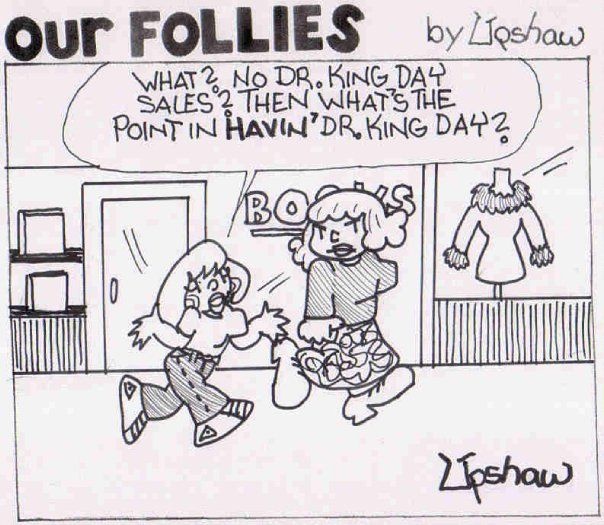 Is this what it's come down to in America?  EVERY holiday only matters if it's a "retail holiday"?

You know, now that I'm seeing my old comics, I see I was a lot more "black" in the past.  My latest "Our Follies strips were about "success", but in general, not particularly African American success.  My strip has become "Color-blind", generic--with characters who just happen to be black.  This is what's going on in television, too.  "Sleepy Hollow" and "Scandal" are two hit shows featuring strong lead characters who just happen to be black women.  Their being black women is never made a big deal, which helps the shows become hits with mainstream and black audiences.

Well, I've got  to put a stop to this!  "Our Follies" is supposed to be about our follies--"our" being African Americans.  Just because we have a Black President (or at least he says he is) does not make the USA a "color-blind" country.  We are not all the same--Black culture did not disappear!  We ARE different from whites--and every other minority in America.  So let me go back to my roots.  As the great James Brown once sung, "Say it loud--I'M BLACK AND I'M PROUD!!"