What's Up with Upshaw? Tell Me a Story

All of us creators realize that we're living in a wonderful time.  Thanks to readily available technology and the Internet, we have more access to be able to produce and show our art to the world.  Don't think I'm not thankful.

I create animated cartoons with inexpensive software on my laptop computer and upload them to Film Annex.  I create one-panel gag cartoons, scan them and upload them to the Comic Fury webcomics hosting site (http://kawaiitoons.thecomicseries.com).  I can make designs with my inexpensive software, upload them to Zazzle and place them on T-shirts, bags, hats and other items (http://zazzle.com/toonarama).  From my dining room I am doing what two decades ago only Disney, Warner Bros. and Dreamworks could do--on a smaller scale, of course.

I was reminded of this by Joe Wilson, creator of the webseries Vampire Mob.  In a video on Film Courage's YouTube channel, he explained that he was a storyteller telling his stories and not going for "demographics".  And even though his show has vampires, he's not being trendy, doing them his way ("no one sparkles, there's no romance").  Wilson gives this advice to aspiring creators in the video:  "Imagine there is no television industry, there is no film industry.  The entertainment industry doesn't exist.  Now, what story do you want to tell?"

The story I want to tell is that of 150+ cute, cool, charming, clever, clean and CRAZY folks living in and around a place called Sunnytown.  Actually, I want to tell stories--31 of them at a time--in every place on the Web that will take them.  So I've already got what I want.  Long live LADYTOONER! 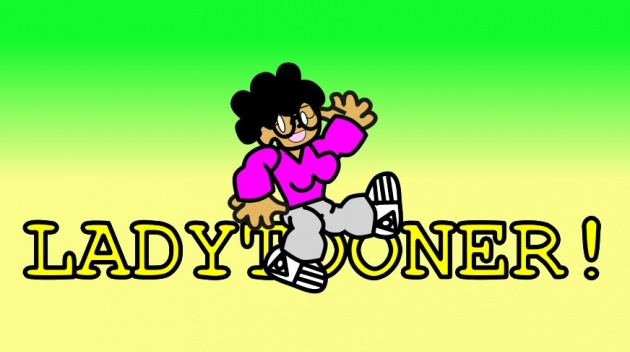 Video credits: Jean Beltran via YouTube.com It isn't February yet and yes, it is instead the month o…