What's Up with Upshaw? Thursday Night's All Right!

I treasure my Thursday nights at Paul Henry's Art Gallery in Hammond, Indiana.  Being surrounded by great art, great musicians and a crowd that appreciates them--and me--is the greatest feeling for this 'tooner.  Last Thursday was no exception.

It was the Thursday before Thanksgiving and the start of the holiday season.  My little caricature table featured a portable DVD player playing my animated Kawaii Toons continuously.  I also had DVDs of my cartoons for sale.  I managed to do a good number of caricatures that night--things are looking up this holiday time.  My peach-colored marker that I use to color Caucasian skin dried up, but I managed to do some black and white.

That night my personal hero Lou Shields made an appearance.  Lou is a college art teacher/painter/singer/songwriter/musician/skateboard whiz.  I admire him because he is able to live live doing the things he really loves right now.  He does everything well without having to be a "superstar" at them.  That's the life I want and am trying to get. 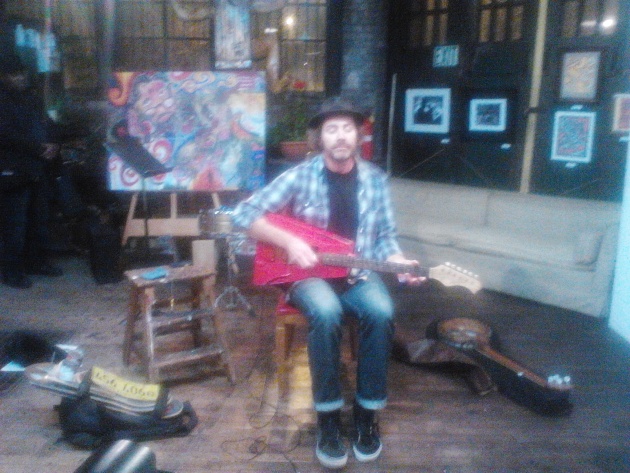 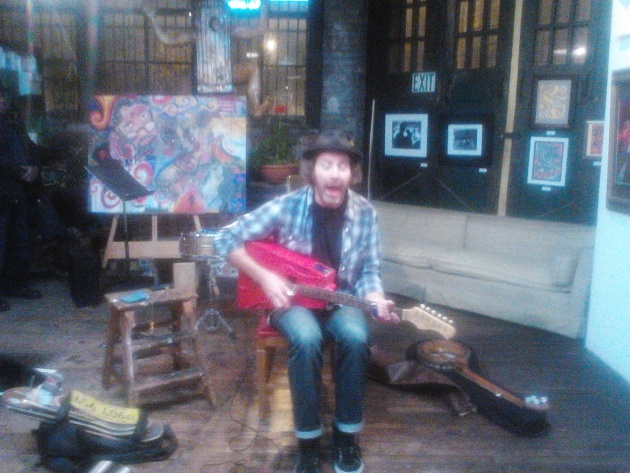 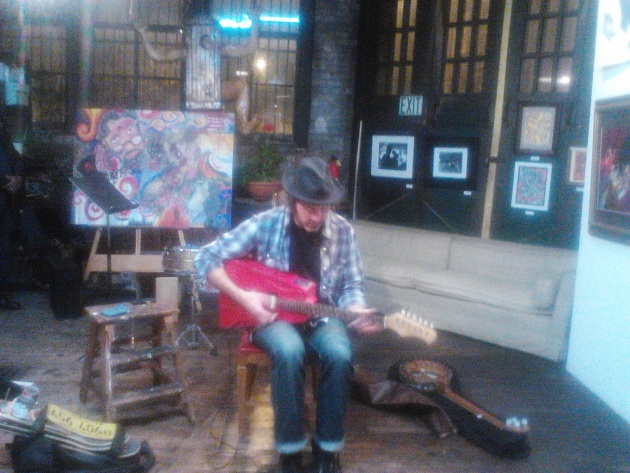 I've got to talk about the potluck, too.  Plenty of sweets on the dessert table, with my favorites the chocolate brownies and the chocolate-covered almond clusters.  And someone brought two Little Caesar's pizzas, sausage and pepperoni.  And as usual, I had more than my share of fruit punch--don't worry, it's non-alcoholic!

Next Thursday is Thanksgiving Day, so the Paul Henry Acoustic Jam & Potluck will be on the Wednesday before.  I think I'll bring a pumpkin loaf if I can get one.