What's Up with Upshaw? What's Your Motivation?

A Film Annex member called 92sehrish emailed me for advice.  She wanted to learn how to make movies so she can host them as well as write a blog like I do.  She admitted that she wanted to do it to increase her Buzz Score.

That last part is the most important thing, as far as I'm concerned.  Any work of fiction--live action, animated, print or otherwise--has to have a reason for being besides making the artist money or cashing in on a trend.  If not, the work is a failure--the audience will see it as empty and turn away.

I've seen evidence of this fact in the media and in my own creative career.  Hollywood's current trend of remakes of classic TV shows like Ironside and Hawaii Five-O have tanked simply because the producers were trying to cash in on a familiar name.  And movie remakes like Steel Magnolias, The Trip to Bountiful and Annie, where the main characters are "African Americanized" versions of familiar white characters, may not fare well, either.

As for my own cartoons, they succeed because I love doing them and I want to entertain people and make them laugh, and people can see that.  I've gotten praises for my 'toons from people on Twitter, Facebook, LinkedIn, Google Plus, Tumblr and in person at Paul Henry's Art Gallery where I do my Thursday night caricatures.  Most of those praises I put on the homepage of my website, http://dkladytooner.com.  I look at them now and then to remind me why I'm really in the cartooning business.

Recently, I suggested to 92sehrish that she check out Anime Studio Debut, the animation software I use, at http://www.anime.smithmicro.com and see if she'd like to use that.  It's a start, and it may inspire her to discover the kind of movies she really wants to make.  Oh yeah--and increase her Buzz Score. 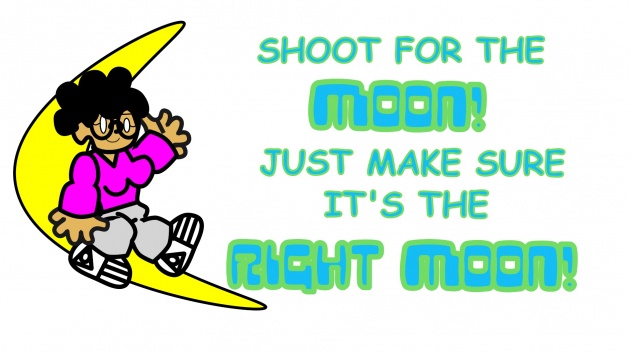