What's Up with Upshaw? When Artists Hurt

Recently the Huffington Post website ran a story about Rodman Edwards, a 15-year-old sculptor who designed a statue shaming Bill Cosby for his alleged sex crimes.  Called "Fat Albert Cries for Dr. Huxtable", it depicts a naked, bloated, elderly Cosby with his nether regions covered by a small figure of Fat Albert.  Edwards wants to make a larger one to replace more "honorable" statues of Cosby that stand at Disney World and the Television Academy Hall of Fame.

Edwards stated in the article, "I want people to see what Cosby is really like.  I gave him a creepy look because he's a creepy guy.  I was a big Fat Albert fan until I found out how he really was.  I just think if the allegations are true, then he should not be represented the way he is by the TV Hall of Fame.  Until he apologizes, I think this is a more honest depiction of Cosby."

Now, as an artist myself, I know this is what artists do--take their strong feelings and use their creative abilities to express them.  It sounds like Rodman Edwards is a young man who's hurting because one of his heroes stopped looking heroic.  It's also an example of someone hearing allegations of wrongdoing and figuring he really is "guilty until proven innocent".  Calling Cosby "a creepy guy" based on what 33 women said he did to them is easy because as humans, we tend to accentuate the negative more than the positive.  It may take more muscles to frown than it does to smile, but frowning's easier.

Unless there is a trial with a guilty verdict, I'm not attacking Cosby.  I didn't even attack him when he admitted to an affair with the mother of
Autumn Jackson while denying ever fathering her.  We all did bad things in the past, and yes, we pay for them.  I also believe in artistic freedom--that artists should depict whatever is in them, even if it's not "popular".  I'm just saying Edwards shouldn't call his statue "a more honest depiction of Cosby" because it's actually a more honest depiction of the feelings of a young man whose hero has fallen from grace. 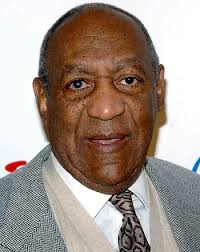 The first time I encountered this small collection of Buddhist statues was in spring .I remember how…

A Big Like statue is built somewhere in this world. It is nothing but a huge thumb which replicates …

Among the truly educated, there is no discrimination.…