When it comes to Ice Cream go for Gelato !!!YES!!! 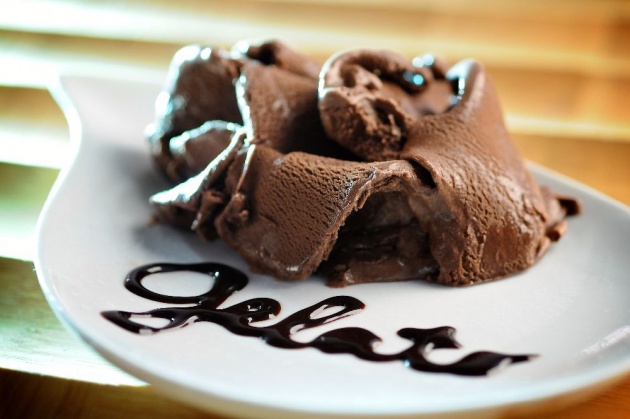 As of my concern there is a lot to choose gelato so for making your choice easy here i am to explain gelato is best ice cream but every ice cream isn't gelato, well keeping it straight and simple let's start comparing with Ice Cream Vs Gelato. 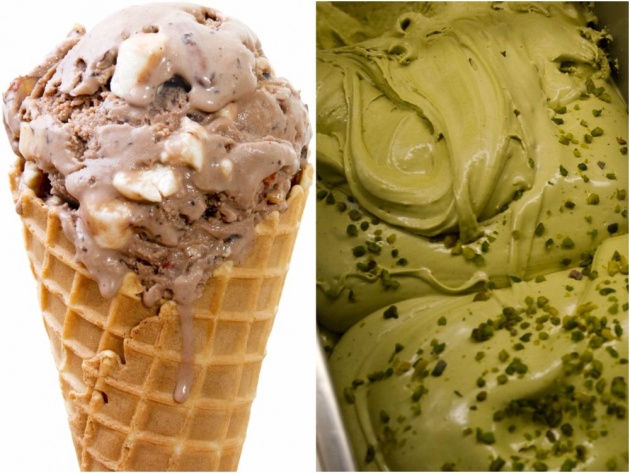 Ice cream can be defined as " A frozen item characteristically eaten as sweet & snack made by diary items like drain, cream & milk".

"Gelato is also an ice cream made by italian style more silky and refined form of ice cream".

Here are some facts about gelato for your concern (Image Speaks)

By given facts with the help of google one can easily get difference between gelato and ice cream. 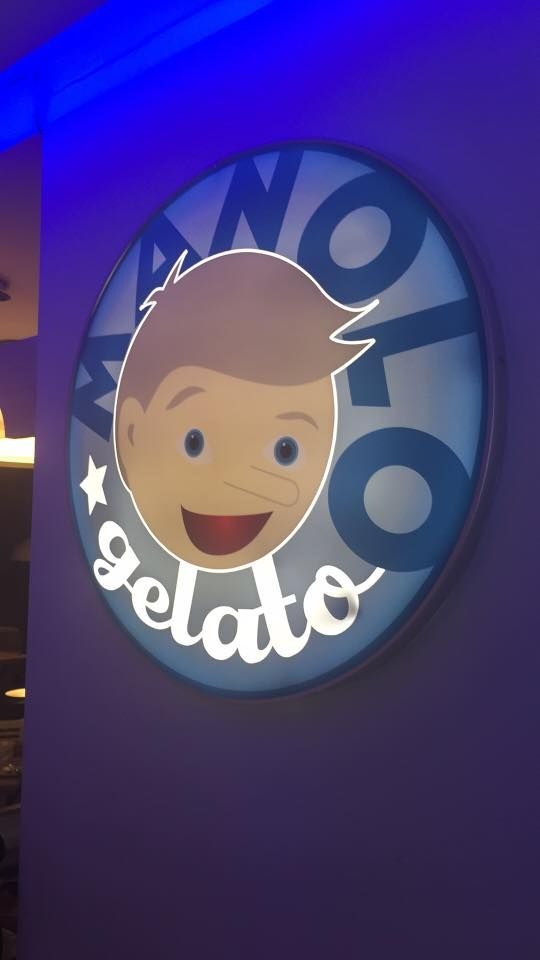 Well now it comes to personal! so personally i don't like ice cream but once a month back we friends made a plan to go to ice cream parlor and one of the friend suggested the name of ice cream parlor "Manolo Gelato", that he visited recently he convinced us to go there. Well then the first experience comes to eat vanila gelato, it was good doesn't feel like others ice cream which i eaten before it is more silkier easy to handle, and eat it doesn't feel too cold to teeth. After this treat my thinking against ice cream changes due to gelato. Whenever i'll get a chance i will definitely try gelato's others flavors as i am banker so didn't get time for extra visiting. So my verdict if it comes to ice cream go for Gelato. 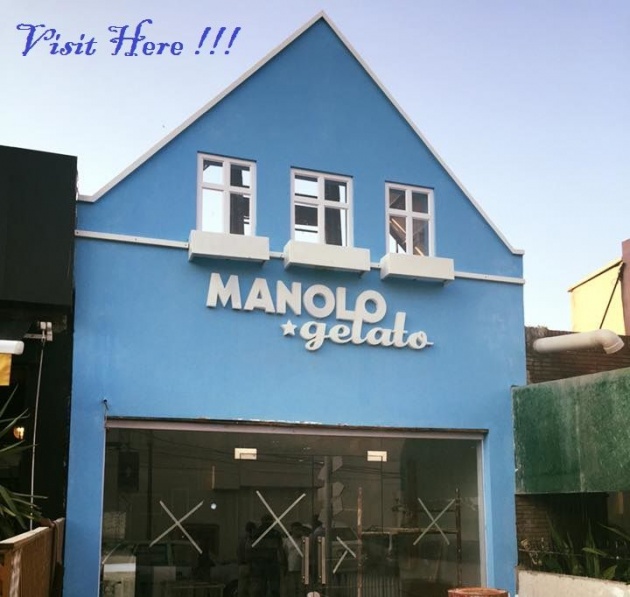 The Hot Spot : Hot spot doesn't need intro for Lahori's but for international user here i share some info, The Hot Spot first franchise in Pakistan was opened in Islamabad but now it also has three working franchises in Lahore like in DHA R-Block, LUMS, and Gaddafi Stadium Lahore. 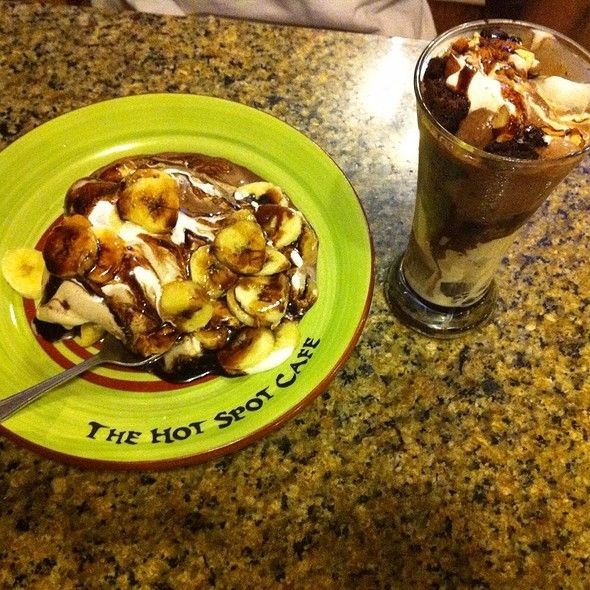 Chaman Ice Cream : Chaman is the most famous place in Lahore due to It's economical rates and location as it is situated on Mall Road Lahore sandwitched between 2 famous markets of Lahore one is Hall road Mobile Market and other is Shopping Mall Panorama that is why Chaman covers most of the crowd. Chaman is famous for it's ice cream and juices for it's economical rates for mediocre to make their day special. 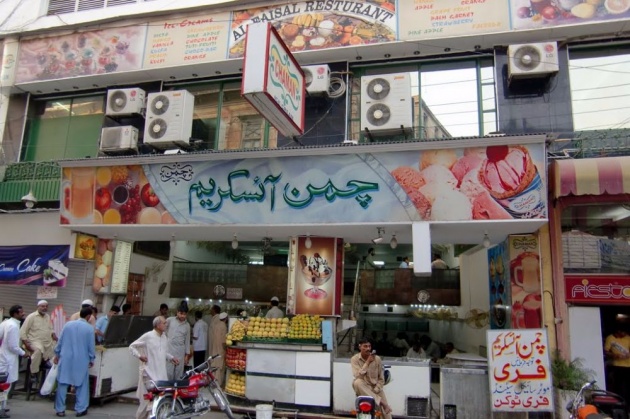 Here is a video shared by Pakistani on youtube you can imagine from video that this is the most busy ice cream parlor in Lahore.

Malee's Cafe : When you are in a city like Lahore and imaginably search for a place for best frozen yogurt then i suggest Malee's Cafe is the place, go for a short drive to value place M.M Alam Road gulberg Lahore and visit Malee's Cafe for best desert. This cafe contains different specialities across the seven countries under one rooftop. The cafe contains good , refined and quality desert for customers and amazing environment. 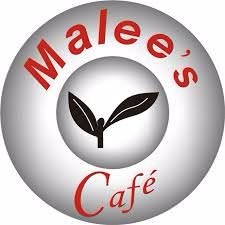 Well i just discussed one of cases of Lahore only there are bundle of cafes, restaurants, and other parlors dealing in Ice Cream in Pakistan. But the ultimate conclusive saying that in a country like Pakistan Gelato is also getting famous day by day. people are choosing Gelato as dessert as it contain less fat less calories less air more natural ingredients and less air & water mixing. 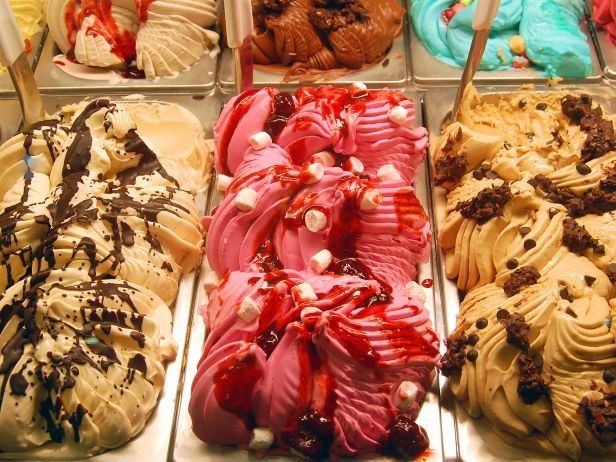 Ending my blog by suggesting Gelato as Ice Cream as it is healthier for human body and feasible with normal temperature.

When I started with bitLanders, there was an option for successful members to redeem CASH REWARDS vi…

Photo Credit: www.pixabay.com I am currently waiting for the result of my very first blog submitted …

Hey guys! want to write about bitlanders as i find this website quite adorable and fantastic it is t…

Hey guys , hope you are fine and enjoying bitlanders new yummy topic Gelato , in this topic we expla…

What's the Difference Between Gelato and Ice Cream?

What's the Difference Between Gelato and Ice Cream? After "what's your favorite ice cream?", the que…