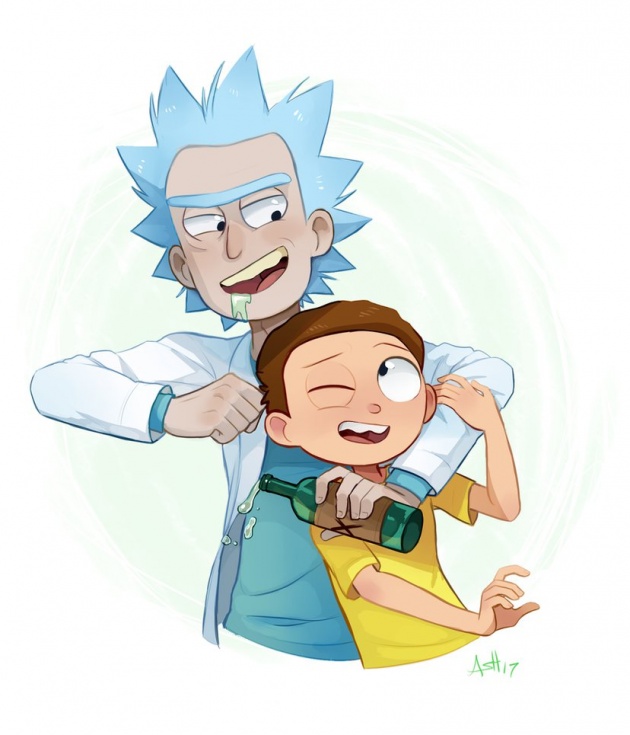 I didn't bother to watch Rick and Morty on Netflix until I got bored and I can't be bothered (heh). It seemed to pop up every now and then on the front page. I got a little intrigued but sci-fi books, series and movies are not really my thing, well, except on few occasions (Hitchhikers anyone?).

I've got time to burn and I can just hit the back button if it didn't pique my interest. At the end of pilot episode, I never looked back. 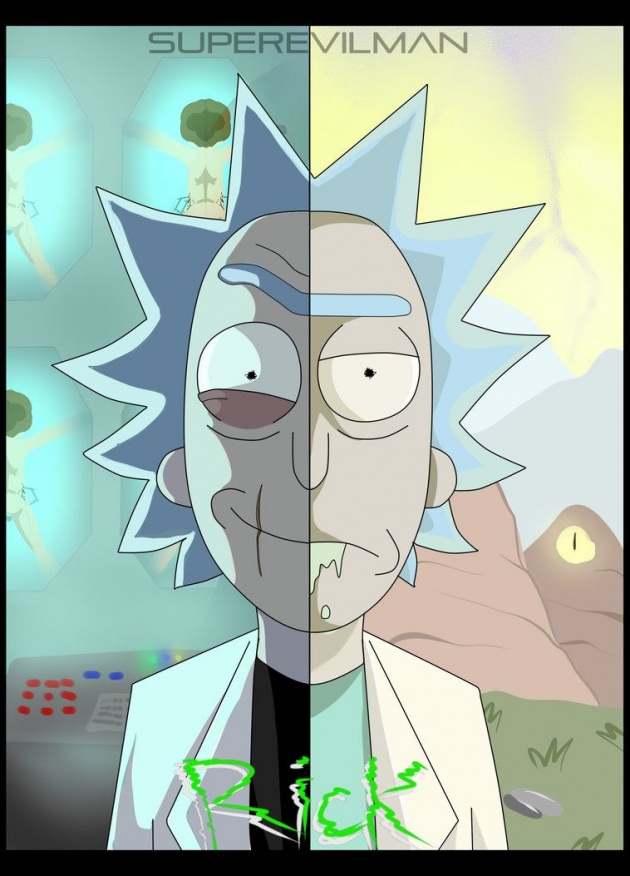 Rick Sanchez is one of the main protagonist of the show (the other being Morty, his grandson). He's a mad scientist who invented a device capable of interdimensional and/or space travel.

Rick drags Morty along on his adventures, where some of it include getting material/s to run another one of his inventions. Because of his various gizmos, his whole family seek him out everytime they need a quick fix for their dilemmas. However, it usually ends up disastrous. Very disastrous.

Rick is popular in space; quite notorious that some space forces either want him on his side or want him dead. Others capture him to know about the secret formula of his interdimensional portal device.

On one of the episodes, his future self introduced him to that device but young Rick bailed out on him until the young Rick saw his wife and daughter, Diane and Beth, respectively, die (I speculate this to be mostly true, not made up). I think, then, he has changed since. That must've explained his 20-year disappearance until Beth found him again and begged him to stay which was the primary argument between her and Jerry, her husband.

Surely, everyone who knows him would agree that he is sharp-tongued. But I think a few would know that beneath those harsh words lies the truth that he truly cares for his family, especially Morty. While my grandpa is by no means like this, everytime these following qualities show up, it reminds me of him: 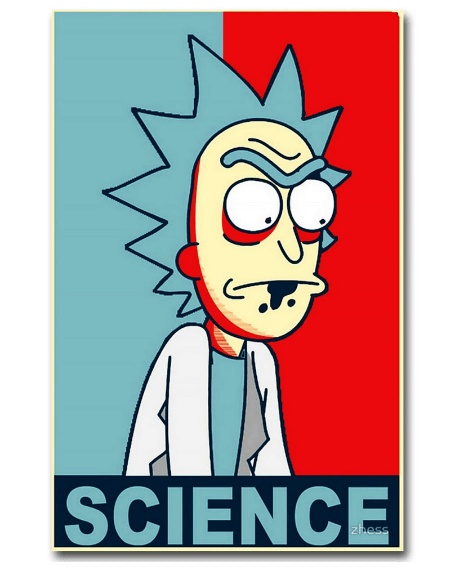 Whatever's the problem, Rick Sanchez knows a solution. Though oftentimes whenever someone asks him for it, he first does something insignificant, like mix up a solution for his bloodshot eyes or whatnot, before getting on with fixing things. He is well-versed about alien stuff which helps him and his companion (or plural) whenever they're in a pinch.

Grandpa is a bit similar, especially about knowing much stuff about the world (not alien though). He's a wide reader, and his collective knowledge over the years also proved helpful whenever we seek his aid. He, however, tells us rambling stories first before giving us what we need. 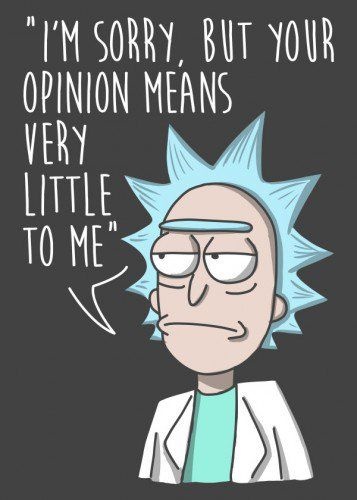 Whether this is a senior thing or not, Rick Sanchez and my grandfather share this same quality. While generally a negative trait, hearing out an opinionated person makes you wonder why and how they've come up with their ideas. They don't care if they get hated or not for what they say. Perhaps because of their already mentally weather-beaten selves before we grandkids were even born? 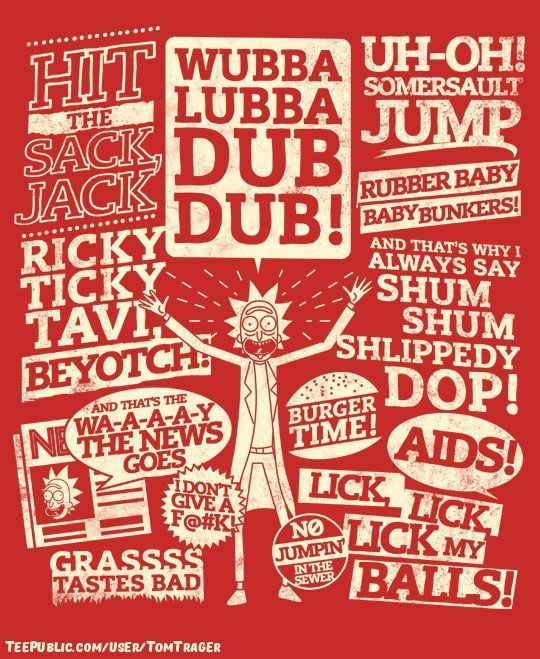 A protologism is a still unpopular made up word. I'm not sure if the term can apply to people (protologistic), but more for lack of a better word. Rick Sanchez just blurts out nonsensical words--at least in any human language--according to his mood (usually when ecstatic). Grandpa does the same, especially when he explains stuff to us. And I doubt it's for comic relief. 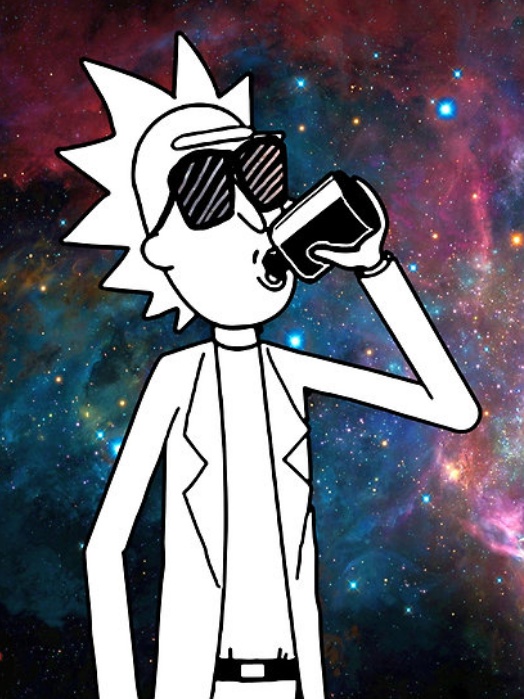 Rick Sanchez is very alcoholic that his spaceship is half-filled with empty bottles of booze--where they're usually seen falling off whenever its door opens. He, at most times, appear inebriated with green drool trickling from his mouth. He also stammers and burps whenever he speaks under influence, which is frequent.

While grandpa isn't alcoholic, he keeps a bottle in his fridge and drinks occasionally. It is sometimes wine but mostly scotch whisky (what Rick ordered in Meeseeks and Destroy). I, at times, have seen him drinking when he's having lunch. Scotch whisky, who would have known?

Having Useful Stuff at His Workshop 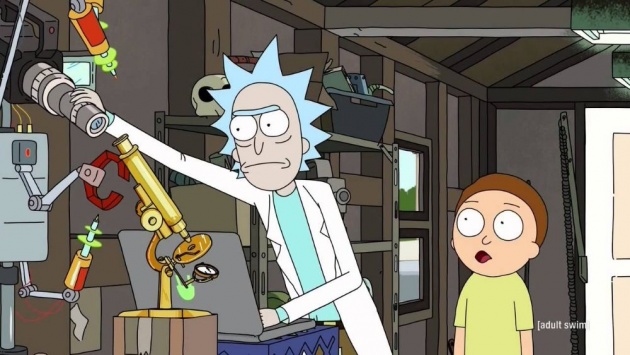 If we don't have it, grandpa has it. Because we're living in his house--we upstairs, our grandparents on the first, whenever we need some material, grandpa usually has it. He has a workshop wherein he keeps most of the stuff we had no thought of to store.

Same is true with Rick Sanchez, except his current lab is then Jerry's garage, where Rick keeps his tools, stolen specimens and inventions. 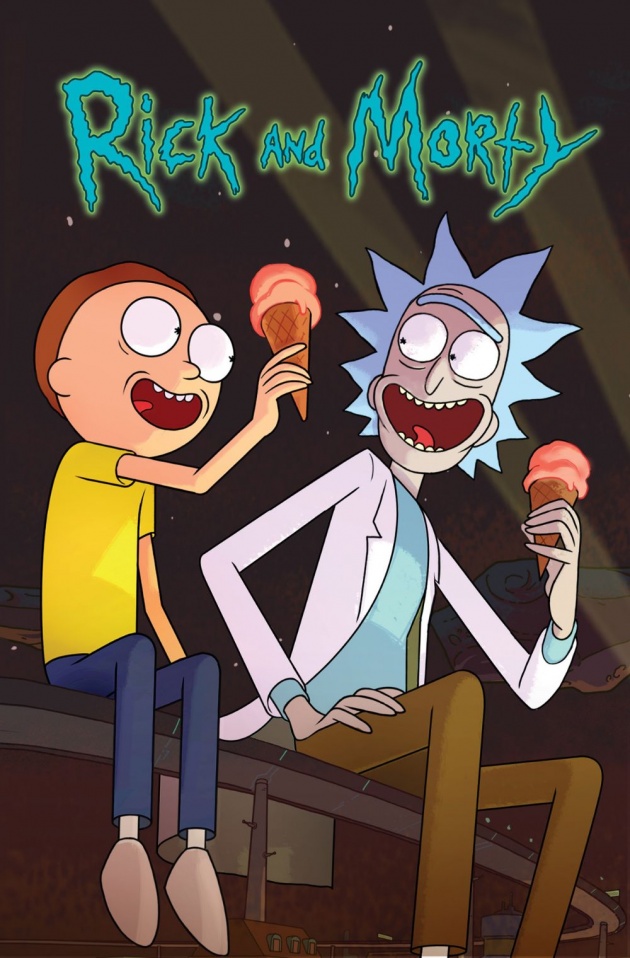 Grandpa readies his auto so we grandkids could spend a day around the CCP or Luneta Park to bike and eat ice cream. Parents not invited. Sometimes he fetches us alone from school, but before we go home we do some stuff. Oh those memories...

Rick does the same. In fact, it's how the show usually begins. While Rick and Morty's (sometimes Summer's) adventures are wilder, outrageous and dangerous by a far stretch, my point is that they both want to spend time with their grandkids in this fashion: taking his grandkids into a place without their parents.

Believe it or not, Rick truly cares for his grandchildren. While he doesn't say it outrightly and even expresses his "I-don't-care-attitude" to them, he usually saves their asses when need be. He even risked his life to save Morty when he fell on the black void (A Rickle in Time) and helped Summer get revenge on the devil (Something Ricked This Way Comes). 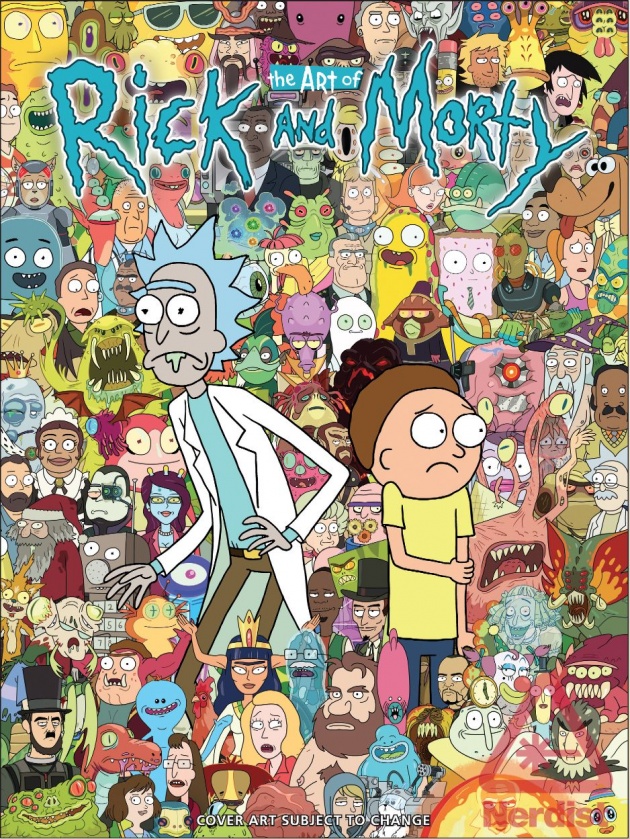 While a great show, I don't recommend Rick and Morty for minors and the faint-hearted because of lots of expletives, violence, nudity and use of vices. Conservatives might also cringe at the themes and morals of the show, but it overall makes sense, just not in a conventional way.

If you've watched all three seasons and still can't enough of Rick and Morty, why don't you download their games (Pocket Mortys, and Jerry's Game) and answer this Querlo chat:

As for my grandpa, we miss him. May he rest in peace.

End note: Pictures, videos and write-up are originally made by lapiz-lazuli, unless otherwise stated. Rick and Morty is property of Justin Roiland and Dan Harmon and airs on Adult Swim. Views and opinions in this blog post are truthful but subjective and are not influenced by sponsorship of any sort.

In a conversation with a friend the other day she teased me for watching animated shows. She sees th…

This series looks like a lot of fun. The retro feel is right up my alley and the weird humour too.…

You know you already miss it. It was reported earlier this year that NBC finally axed community, a s…

I am getting the hang on when I should submit a new show or film. I am also figuring out the best ti…