When the Storms Come 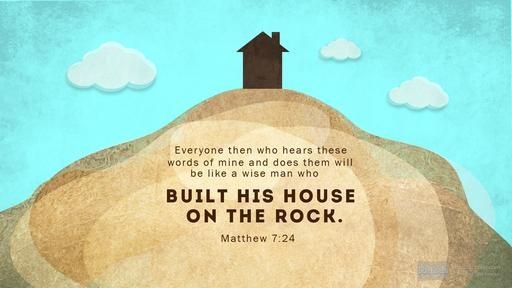 "The rain descended, the floods came, and the winds blew and beat on that house; and it did not fall, for it was founded on the rock.”"
(Matthew 7:25, NKJV)

TODAY’S WORD
We all go through difficulties and things we don't understand. It's easy to get discouraged and think, “Why am I having these problems?” The scripture says, “Rain falls on the just and the unjust.” No matter how good a person you are; no matter how much you honor God, you are going to have some rain.

A PRAYER FOR TODAY
Father, thank You for the promise to bring me through every difficulty, hardship and adversity I may face. I receive Your strength; I receive Your victory knowing that my house is built on the Rock in Jesus’ name! Amen!

How to Make Use of the Rain?

Video credits: Eva Trubacvia YouTube.com Hi there! I am back again with another random topic which I…