Where to Use Your Bitcoins? 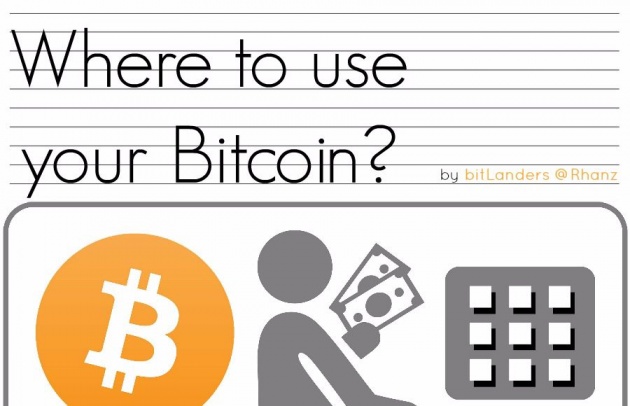 It was back in 2009 when Bitcoin—the world's first digital money or cryptocurrency was officially launch by Satoshi Nakamoto. Since then the popularity of Bitcoin grew by a large percentage. It also caught the attention of economist as being deflationary or is prone to setbacks. Government authorities especially those who are in financial regulatory got their eye fixed with Bitcoin due to suspicion. Despite Bitcoin's disputed reputation and being criticized, it turned out that many people who might have already used Bitcoins and other cryptocurrency are not affected with this issues and in fact people getting involved with Bitcoins are increasing making it very popular over the internet.

Talking about the legality of Bitcoins. According to some sources, it depends on who you are, where you live and what are you doing with it. Users or people who simply exchange Bitcoins for purchasing of goods and services are using it legally. However, governments are now in track of monitoring users especially those who uses Bitcoins in a very large scale. In this way they can monitor if Bitcoins are being used for illegal purposes. To sum it all up, users who minimally use Bitcoin are invisible in the eyes of the officials compared to those who use it intensively and big.

So for people who are in doubt about using Bitcoins, there's no need to worry about it. So to give some individual like you an insight to where you can possibly use your hard-earned Bitcoins, here are some few tips:

With this cryptocurrency you can use this to purchase goods as long as the physical store accepts Bitcoins. Just make you have an app installed in your smartphone so you can send or transfer Bitcoins. Of course, make notice of the sign in the stores around your area for a Bitcoin sign like the photo shown below. 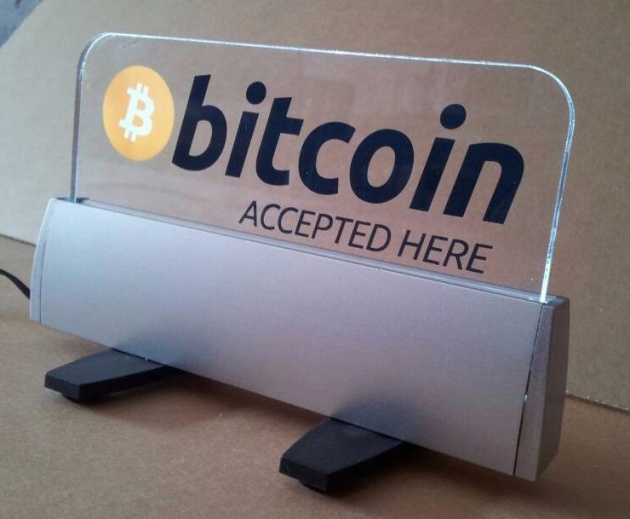 With Bitcoin getting popular, business involving this digital currency are on the rise too. If you're a fan of casino and you're lazy at the moment to go out well, maybe this is for you. Primedice is one of the most popular gambling site over the internet. Betting your satoshis for a win is surely a way of a gambler.

If you're more on the good side, maybe tipping or donating is your thing. There's a lot of charites and foundations that also accepts Bitcoins. Helping for a cause is really worth it. One digital platform I come to know about is bitLanders through their Bit Charities you can now help using your Bitcoins. 100% of your donations go into your chosen foundation.

Some companies are now openly active and is accepting Bitcoins for some of their services. This enable their costumers to get in touch with them more conveniently.

Dell - An american multinational company is now accepting Bitcoins through their partnership with Coinbase.

Microsoft - The tech giant Microsoft recently added Bitcoin as an another mode of payment in some of their digital platforms. Bitcoins can be used to buy in-game purchases like for example games and applications for Windows Phone and Xbox.

No need to worry if you can't use your bitcoins in physical stores you want. Some business accepts bitcoin gift cards. Amazon, Target and Walmart are few of those many business who's in favor of Bitcoin gift cards.

Bitcoins for vacation and leisure purposes

Hotels, Restaurants and Bars. Guest nowadays want a complete leisure and relaxation so the hospitality industry gives way to Bitcoins. Some Hotels like One Shots Hotel in Spain accepts Bitcoins. They even made an ATM machine for it! Other than hotels, restaurants are also accepting Bitcoin. One of them is the Pink Cow restaurant—first restaurant in Japan to accept Bitcoins as mode of payment.

Online banking made easier because of payment platforms like Coinbase, BitPay, Xapo, Coins.ph and many more. This enable users to use their accounts more freely and hassle-free than ever. Last September 2014, Paypal also announced a partnership with the three major online platform of bitcoin — Bitpay, Coinbase and GoCoin. This means that online merchants can now accept bitcoin via all three companies through its PayPal Payments Hub.

#NIX Platform just released a teaser video for the upcoming new wallet. It's core features are a bea…

Image credits:quick-code Since I started bitLanders, I had been exposed as well to cryptocurrency. I…