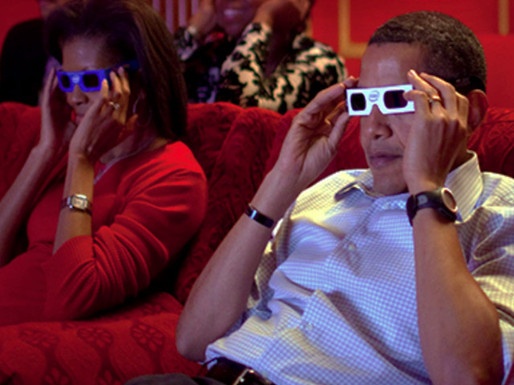 The American Film Institute has teamed up with the White House for the first-ever "The White House Film Festival!"  This will be held inside the East Room of the White House "where the winning short films created by K-12 students on the subject of technology in education will be screened."

This is fantastic!  Kids creating movies about technology and they are President Obama-approved!

The AFI's work with the White House marks a continuation of its presence in the nation's capital where the Institute was founded in 1965. In 2012, AFI celebrated the 50th Anniversary of TO KILL A MOCKINGBIRD with President Obama, who introduced the film both at the White House and before a national televised screening of the classic film. Annually, the Institute presents its highly regarded documentary festival, AFI DOCS in landmark venues throughout Washington, DC and the historic AFI Silver Theatre. This year, AFI DOCS is June 18-22.

"AFI is proud and honored to support the White House in its celebration of tomorrow's storytellers, " said Bob Gazzale, President & CEO of AFI. "Here they have shown that film and technology will help lead the nation forward – an enduring reminder that movies matter."

Last November, the White House announced the first-ever White House Film Festival, a video competition created for K-12 students to create short films on how technology is used in their classroom, the role technology will play in education in the future, and to support learning in key fields such as science, technology, engineering, and math. More than 2,000 videos were submitted and finalists have been invited to the White House for a film festival where they will have their short films screened.

The White House Student Film Festival highlights the Administration's commitment to getting high-speed Internet connectivity and educational technology into classrooms, and into the hands of teachers trained to take advantage of it. As part of the event, the President will deliver remarks on his ConnectED goal of transforming American education by connecting 99% of students to next-generation broadband and wireless technology within five years.