Who invented the computer?

There are hundreds of people who have major contributions to the field of computing. The following sections detail the primary founding fathers of computing, the computer, and the personal computer we all know and use today.

Charles Babbage was considered to be the father of computing after his invention and concept of the Analytical Engine in 1837. The Analytical Engine contained an Arithmetic Logic Unit (ALU), basic flow control, and integrated memory; hailed as the first general-purpose computer concept. Unfortunately, because of funding issues this computer was never built while Charles Babbage was alive.

Although Babbage never completed his invention in his lifetime, his radical ideas and concepts of the computer are what make him the father of computing.

Father of the computer

In 1936 to 1938 Konrad Zuse created Z1 in his parent's living room, this computer consisted of over 30,000 metal parts and is considered to be the first electro-mechanical binary programmable computer. In 1939, the German military commissioned Zuse to build the Z2, which was largely based on the Z1. Later, he completed the Z3 in May of 1941, the Z3 was a revolutionary computer for its time and is considered the first electromechanical and program-controlled computer. Finally, on July 12, 1950 Zuse completed and shipped the Z4 computer, which is considered to be the first commercial computer.

Father of the personal computer 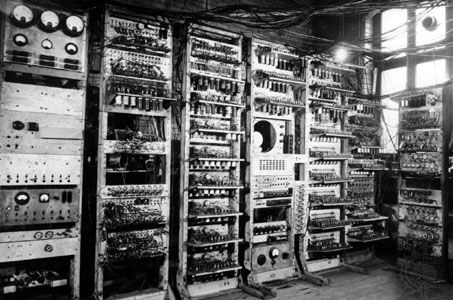