Who invented the Internet?

A single person did not create the Internet that we know and use today. Below is a listing of different people who have helped contribute and develop the Internet.

The initial idea is credited as being Leonard Kleinrock's after he published his first paper entitled "Information Flow in Large Communication Nets" on May 31, 1961.

In 1962, J.C.R. Licklider became the first Director of IPTO and gave his vision of a galactic network. In addition to ideas from Licklider and Kleinrock, Robert Taylorhelped create the idea of the network that later became ARPANET.

The Internet as we know it today first started being developed in the late 1960's.

In the summer of 1968, the Network Working Group (NWG) held its first meeting chaired by Elmer Shapiro with the Stanford Research Institute (SRI) with attendees: Steve Carr, Steve Crocker, Jeff Rulifson, and Ron Stoughton. In the meeting, the group discussed solving issues related to getting hosts to communicate with each other.

In December 1968, Elmer Shapiro with SRI released a report "A Study of Computer Network Design Parameters." Based on this work and earlier work done by Paul Baran,Thomas Marill and others; Lawrence Roberts and Barry Wessler helped to create the final version of the Interface Message Processor (IMP) specifications. Bolt Beranek and Newman, Inc. (BBN) was later awarded the contract to design and build the IMP subnetwork.

The UCLA (University of California, Los Angeles) put out a press release introducing the public to the Internet on July 3, 1969.

August 29, 1969 the first network switch and the first piece of network equipment called "IMP", which is short for (Interface Message Processor) is sent to UCLA. On September 2, 1969 the first data moves from UCLA host to the switch. In the picture is Leonard Kleinrock next to the IMP.

The first message and network crash

On Friday October 29, 1969 at 10:30 p.m., the first Internet message was sent from computer science Professor Leonard KleinRock's laboratory at UCLA, after the second piece of network equipment was installed at SRI. This connection not only enabled the first transmission to be made, but is also considered the first Internet backbone.

The first message to be distributed was "LO", which was an attempt at "LOGIN" byCharley S. Kline to log into the SRI computer from UCLA. However, the message was unable to be completed because the SRI system crashed. Shortly after the crash, the issue was resolved, and he was able to log into the computer.

Ray Tomlinson sends the first network e-mail in 1971. The first messaging system to send messages across a network to other users.

Vinton Cerf and Robert Kahn design TCP during 1973 and later publish it with the help of Yogen Dalal and Carl Sunshine in December of 1974 in RFC 675. Most people consider these two people the inventors of the Internet.

A commercial version of ARPANET known as Telenet is introduced in 1974 and considered to be the first Internet Service Provider (ISP).

The Modem is introduced

Dennis Hayes and Dale Heatherington released the 80-103A Modem in 1977. TheModem and their subsequent Modems become a popular choice for home users to get online.

In 1978, TCP splits into TCP/IP driven by Danny Cohen, David Reed, and John Shochto support real-time traffic. This allows the creation of UDP. TCP/IP is later standardized into ARPANET on January 1, 1983 and is still the primary protocol used for the Internet.

The first commercial Internet Service Provider (ISP) in the US known as "The World" is introduced in 1989. This was the first ISP to be used on what we consider today to be the Internet.

In 1990, Tim Berners-Lee develops HTML, which made a huge contribution to how we navigate and view the Internet today.

Tim Berners-Lee introduces WWW to the public on August 6,1991. The World Wide Web (WWW) is what most people today consider the "Internet" or a series of sites and pages that are connected with links. The Internet as a whole had hundreds of people who helped developed the standards and technologies that make it what it is today, but without the WWW the Internet would not be as popular and useful as it is today.

Mosaic is the first widely used graphical World Wide Web browser developed and first released on April 22, 1993 by theNCSA with the help of Marc Andreessen and Eric Bina. A big competitor to Mosaic was Netscape, which was released a year later. Today, most of the Internet browsers we use today, e.g. Internet Explorer, Firefox, etc. got their inspiration from the Mosaic browser.

Originally known as oak, Java is a programming language developed by James Gosling and others at Sun Microsystems that was first introduced to the public in 1995and today is widely used to create Internet applications and other software programs.

JavaScript was originally developed by Brendan Eich and known as LiveScript, which was renamed to JavaScript in 1995. JavaScript is an interpreted client-side scripting language that allows a web designer the ability to insert code into their web page.

That is a great overview but who are the key inventors of the Internet?

If you had to isolate the key inventors of the Internet it would have to be two people:Vinton Cerf and Robert Kahn. The WWW, which is different from the Internet, but what most people think of as the "Internet" was invented later by Tim Berners-Lee.

But I thought Al Gore invented the Internet. 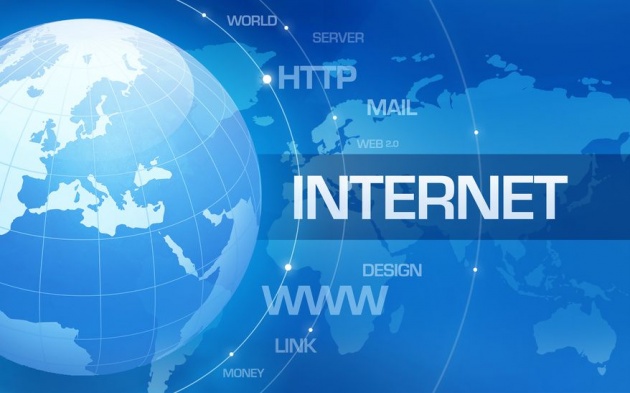