Who Leads in IT Economy? 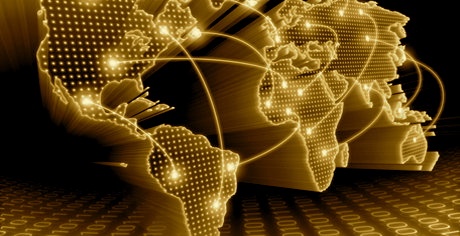 Global Digital Divide persists, and Finland has the world’s largest portion of domestic economic activities related to information and communication technology, with almost a tenth of the European country’s non-agricultural business workforce employed in the ICT sector, are two conclusions drawn from data released by the UN Conference on Trade and Development (UNCTAD) in Geneva. The data also evidences that the ICT sector is still in its infancy in many developing economies. (Also Read: “Connectedness Translates to Prosperity” - www.filmannex.com/posts/blog_show_post/connectedness-translates-to-prosperity-by-ambassador-mo/41754). From Croatia & Azerbaijan to India & Kenya – Growing Segment of Economy: Based on the latest available data, the proportion of ICT-sector employment in all business sectors ranges from less than two per cent in Azerbaijan, Croatia and Kazakhstan to more than eight per cent in Finland, Israel and Sweden. The ICT sector is playing a growing role in a number of developing countries, according to UNCTAD. In India, for example, the contribution of the ICT sector to gross domestic product (GDP) rose from 3.4 per cent in 2000-01 to 5.9 per cent in 2007-08. In Kenya, the sector has expanded annually by more than 20 per cent over the past decade and accounted for a staggering 24 per cent of the country’s GDP growth during that period. Jobs: The ICT sector has an impact on governments, companies, individuals and society at large, creating jobs, spurring innovation and supporting the sustained use of ICTs in domestic economies, resulting in increased productivity and efficiency. Jobs in ICT have proved to be more productive than those in other sectors, according to UNCTAD. In the member countries of the Organization for Economic Cooperation and Development (OECD), between 1995 and 2008, labor productivity grew faster in the ICT sector than in the rest of the business sector. The sector’s contribution to domestic economies is typically higher in terms of value added than in jobs. However, it employs relatively younger people with above-average levels of education, making it possible for them to have upward mobility, job security, and future training opportunities. Most Countries Do Not Evidence Viable IT Economic Impact? The UNCTAD database currently contains information on 57 economies. The lack of more comprehensive data can be seen as yet another illustration of the digital divide, the agency said in a press release. None of the countries classified as among the world’s least developed countries (LDCs) report statistics on the size of their ICT sectors. Also Read - www.filmannex.com/posts/blog_show_post/connection-technologies-key-to-sustainable-developmentrio20/45320 Link to UNCTAD - www.unctad.org/Templates/Startpage.asp?intItemID=2068⟨=1 By Ambassador Muhamed Sacirbey – Follow @MuhamedSacirbey Facebook = Become a Fan at “Diplomatically Incorrect” Twitter – Follow us at DiplomaticallyX