“WHO’S NECK IS ON THE LINE AT THE UN SECURITY COUNCIL?” By, SUSAN SACIRBEY 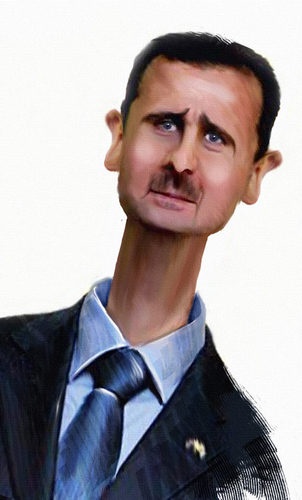 From the UNITED NATIONS SECURITY COUNCIL, AMBASSADOR MUHAMED SACIRBEY is “TWEETING” his communications as the SYRIAN debate unfolds. Following are seven original tweets in less than thirty minutes from Ambassador Mo. DIPLOMATICALLY INCORRECT will be reporting more on this critical UNSC agenda debate.

* Cld Syria Resolution go UNGeneralAssembly if Moscow hold to veto? A precedent from Bosnia to overcome deadlock at UNSC

* Vote may take place in couple of days. Arab League has done its job, & now up to UN Security Council

* Russia veto threat stands, but EU, US hold firm with Arab League Plan. Time to give Moscow some time to reconsider.

* There will be no UN Security Council Resolution - Negotiations to continue behind scenes. Nabil plans travel tonight.

* Just had coffee w/Nabil ElAraby, head of Arab League besides look back on Bosnia, we look forward re Syria & analogy

* At UN still dealing behind scenes on Syria. As Bosnia Ambassador went through more than 1 occasion.Twisting arms till end

Moscow Is Loser in Syria? By Ambassador Muhamed Sacirbey diplomaticallyincorrect.org/films/blog_post/moscow-is-loser-in-syria/44316/