Why Bitcoin Will Thrive First in the Developing World 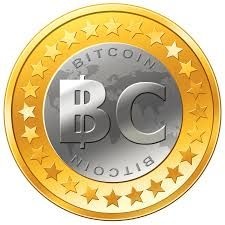 Why Bitcoin Will Thrive First in the Developing World

Bitcoin to the average American isn’t easy. Here in the US, it’s not terribly hard to save, spend, and send money. Most people have bank accounts and credit cards, and when they need to send money to a friend, relative, or acquaintance, they can use any number of online services, from PayPal and Square to SnapChat and Facebook. For most people, bitcoin and other digital currencies looks like a solution in need of a problem a technological end-run around big banks and big government that interests only geeks, drug dealers, and crazed libertarians.

Indeed, the number of people who use bitcoin as a currency as opposed to an investment, a bet that its value will rise in time remains relatively small. The big-name online retailer Overstock.com started accepting bitcoin payments in early 2014, and two years later, the digital currency accounts for no more than 0.1 percent of sales. 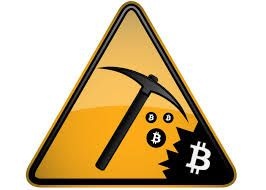 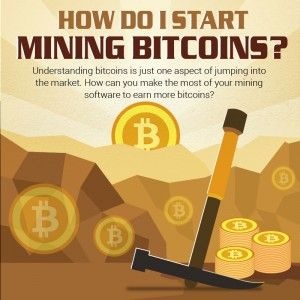 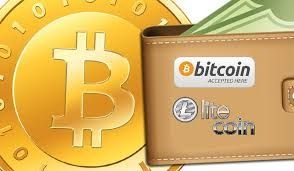 But the calculus changes as you look beyond the US. Bitcoin and other digital currencies like litecoin and dogecoin provide a way of inexpensively moving money across borders, an important alternative to a mainstay like Western Union. Perhaps more importantly, they offer a means of spending and storing money if you don’t have a bank account or a credit card, which is quite common in the developing world. Nigera is a prime example. According to a 2014 report from Enhancing Financial Innovation and Access, a nonprofit backed by the Bill and Melinda Gates Foundation that aims to promote financial freedom in Nigeria, just 36 percent of the local population has access to traditional banking services.

That’s why Stellar,which operates a kind of meta digital currency that can move practically any form of money across the Internet, is using its technology to create a money transfer network that will span Nigeria and beyond. Working with a company called Oradian, which provides software for small bank-like institutions across Nigeria, Stellar aims to provide an inexpensive means of sending money to friends and family, something that’s significantly more difficult in a place like West Africa than it is here in the States.

This Nigerian network is not something consumers will use on their own at least not yet. It connects about 20 micro-finance institutions, or MFIs. Essentially, these are companies that provide bank-like services, including loans, to people who don’t have access to banks. The network allows money to move between these MFIs, something that wasn’t really possible before and it provides people with a means of sending and receiving money through them. The two startups say the network is now available to about 300,000 people who already have relationships with these MFIs.

These people won’t necessary hold their own digital currency. Stellar merely provides the infrastructure for exchanging money. By tapping an array of independent computers across the globe, the system lets someone send any currency and have it arrive as any other currency. You can send dollars and have them arrive as bitcoin. You can pay someone in litecoin, and he can receive them as yen. You can send euros and turn them into Chinese yuan. Using this distributed service, Stellar and Oradian provide a cheap way of linking all those Nigerian MFIs.

For Oradian founder Antonio Separovic, the project reveals the real power of digital currencies not as a consumer technology, but as underlying infrastructure. “When people start using the bitcoin blockchain for remittances, that’s a success,” says Separovic, who was born in South Africa. “We’re telling people they are using Stellar. We’re telling them they can send now send money.”

Stephen Pair, the CEO of bitcoin company Bitpay, which helps merchants accept bitcoin payments in North America, Europe, and Latin America, doesn’t yet serve Africa. But he agrees that, for bitcoin, the continent presents a huge short-term opportunity. “There is a huge opportunity for bitcoin to become more mainstream and commonplace in places like that first, before it happens in the developing world,” he says.
Anyone in the World

Stellar’s network is still just a first step. In order to send and receive money, customers must visit their local MFI. But in a country where money transfers remain arduous, it’s a notable step. According to Enhancing Financial Innovation and Access, more than half of the 17.5 million Nigerian adults who sent money over a six month period in 2014 used informal channels, such as prepaid debit cards or loved ones who were traveling from place to place.

“Today, if people in the capital want to send money to their family in the countryside, they have to physically put money on a bus, in a bag,” McCaleb says. “That’s not a tenable situation.” In the future, Separovic says, Oradian may explore an app that lets people transfer money entirely on their own.

Simply as a link between MFIs, the new network shows how powerful digital currencies can be in a place like Nigeria—a country with more than 180 million people, or about half that of the US. But the network also provides a way for the MFIs to reach beyond the country. Because the local MFI network plugs into the wider network of Stellar machines, it will let Nigerians swap money with potentially anyone in the world. “The hope is to include other financial institutions and MFIs over the year to expand the reach of the network,” McCaleb says.

This has long been a strength of bitcoin and other digital currency services. They let you send money across borders without paying the steep fees charged by traditional gatekeepers like Western Union. But the proposition is even more attractive where Africa is concerned. According to the World Bank, the average fee for sending money into Africa is an enormous 12 percent. And the cost of sending money between African countries is even higher.

In the long run, Pair believes, digital currencies will not only help bootstrap financial services in places like Nigeria, but remake money systems elsewhere in the world. “It may start in the near- to mid-term going mainstream in some of these emerging markers,” he says, “but in the long term, that’s a catalyst for it going mainstream in more developed places.” Because it provides such an effective means of tracking money and who holds that money at any give time, he argues it can streamline costs everywhere. “It’s hard to imagine things working online in any other way than the way bitcoin does it.”

This doesn’t necessarily mean the average person will buy stuff with bitcoin. “They may perceive that they are paying in some other currency,” Pair says, “but bitcoin will be the underlying technology that makes this work.” As he sees it, bitcoin or something like it will provide the infrastructure that drives our financial system. That’s still a long way off  if it happens at all. But in places like Nigeria, change is closer.