Why do we Love Anime? 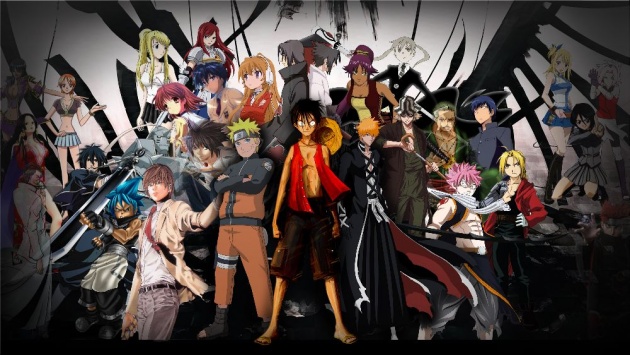 Japanese anime has become a popular entertainment import into the North American television circuit. Many of the shows have developed cult followings containing both adult and youth fans. Some of the most well-known anime television series are the following:

In the first few series as I said Gohan is thought to be useless except he showed flashes of his immense amount of power every once in a while. Still he has not really helped out any real big shot yet so he is not really considered to be a threat except for the fact that he is the son of the great super sayian Goku.

Krillen, one of Gohan's best friends, is almost at the same level as Gohan and they are really good at helping each other out. Piccolo is another one of Gohan's friends that helps him train till Gohan even surpasses himself.

In end of Cell one of the powerhouse enemies that Gohan has to defeat he shows his amazing power that killed cell even when Goku could not have.

Beyblades is another anime import from Japan. Unlike its counterpart above, the show was a huge success in Japan and is the reason that it was imported to North America. The plot follows an adolescent named "Tyson Granger", who is described as a strong willed kid that participates in competitions featuring Beyblades. The Beyblades are metal tops that compete against each other in a circular or square ring to see who can knock the other one out. Tyson leads a group of called the BBA revolution through a series of challenges with the ultimate goal being the world tournament. At the tender age of 16, he is already a world champion, but the real goal is to maintain his status and fend off challenges from other characters.

This is a manga series that is written and created by Tsugumi Ohba together with Takeshi Obata. The main character is named Light Yagami or Yagami Light. The story involves a high school boy who discovers a notebook that is supernatural which is the 'Death note'. The notebook was dropped by a death god Ryuk. It is where the story revolved, as the boy tries to cleanse evil off the world.

Fullmetal Alchemist is a Japanese manga series that is written and illustrated by artist Hiromu Arakawa. The plot of the anime series has a European style art that is of Industrial Revolution. It is based on a fictional universe where alchemy is the best technique that is used by man. The character Edward and Alphonse Elric uses alchemy to bring back their dead mother.

The Naruto storyline traces the adventures of a teen ninja-in-training: Naruto Uzumaki. Naruto was orphaned at birth, and loves to joke around and be the centre of attention. He gets poor grades at the ninja academy, and most of the adults in the village shun him.

But Naruto has a secret: his body is the living prison for the Nine-Tailed Fox Demon, which almost destroyed the Village Hidden in the Leaves fifteen years ago. The 39 - and counting - volume Naruto series is an epic journey which follows the growth and development of Naruto from a brat and misfit, into a powerful ninja capable of becoming the next Hokage or leader of the Konoha village.

This is one of the best anime and probably the most popular in the 1990's. Every 90's girl would know Sailor moon and her friends as they fight the evil forces of the world. It is a very fun and entertaining anime of the earlier years, and which little kids would really get addicted to.

Fruits baste is another Japanese manga series that is created by Natsuki takaya. It is inspired by the Japanese magazine Hana to Yume which is being published from 1999 to 2006. The anime was created after that, and has been popular over Japan and other Asian countries ever since. It is a story about an orphan girl who found out that her family members are possessed by the Chinese zodiac animals and were cursed that if they are touched by the opposite sex, they will turn into animals.

This is an award winning Japanese anime series that is directed by Shinichiro Watanabe and written by Keiko Nobumoto. It has 26 series that follows the tragedies and misadventures of a group of bounty hunters called 'cowboys'. They travel on their spaceship which is called the Bepop.

Bleach is a manga series that is written and illustrated by Tite Kubo. The story follows the adventures of Ichogo Kurosaki. He gained several abilities that force him to take on the duties of the defending humans from the evil spirits. He also guides the souls of the dead on their way to afterlife.

Luffy is the main character, a simple boy with supernatural powers. He has a rubber body as a consequence of eating the Devil's Fruit. Like any main character, especially in an adventure anime series, Luffy has a great goal to achieve. His goal is to find the One Piece treasure that was supposedly hidden on Sky Island. The way to the island symbolizes an initiating path that is supposed to develop him as a person. Each level that he manages to pass represents a new lesson learned and a new overcome obstacle. The series also promote friendship. 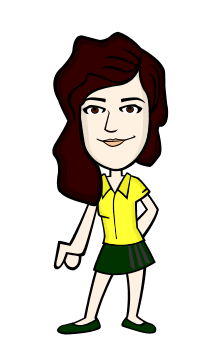 Let us be grateful to the people who make us happy; they are the charming gardeners who make our souls blossom.