Why I'm Getting Obsessed With Star Trek

Now I never thought I was the type of guy to stereotypically get obsessed with Star Trek. I've actually made an effort to avoid it knowing that I was prone to it. That's how people in the Comic Con, Science-Fiction world work. There are two go-to's about us people assume immediately. Either we are obsessed with Star Wars and can tell you all this trivia about it - or we've seen every episode of Star Trek. 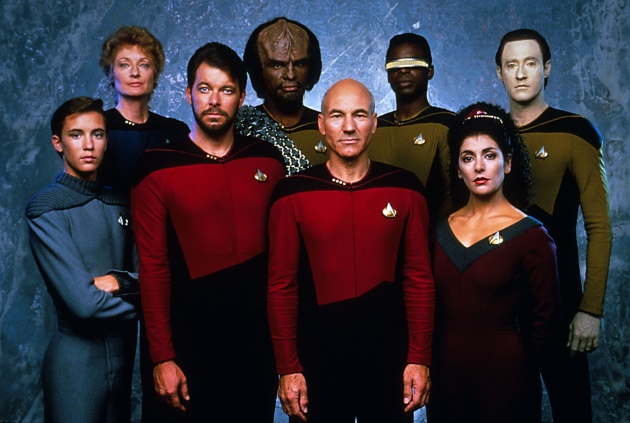 Now where I haven't seen every episode I sure have devoured season one. It's on Hulu Plus right now streaming for free. It's a problem. I  think I've figured it out.

This show has always been kind of overbearing to me. It's been following me around convention centers with references and characters I'm unaware of. It's been intimidating since I've always internalized this as a "smart person program" unsure whether or not I would have the gravitas to have my attention catered to its story. My father watched it religiously on the weekends (The Next Generation) so I'm familiar with the characters, cinematography, and music going into it.

There are plenty of reasons, but if I had to narrow it down I think it's just because I got older. I'm getting tired of what is currently out there. Some of it is amazing and I love it, but it's not the shows themselves. It's the glorification of them. It's the water cooler conversations about the same damn things over and over again in Game Of Thrones. Or how Breaking Bad was the best show on television and we'll never get another one. Or how cartoons are a dying medium since Fox bought the soul of Seth MacFarlene.

It's making me cynical and kind of an asshole to be around. Star Trek is like the perfect solution for me. It's complete, finite, and it's got everything I want in a show. It's long as hell so I don't need to worry about binging it. It's got characters I actually care about. It's got space (I do love space). And it's got humility.

Unfortunately it's got Wil Wheaton. I can learn to accept that.

So what's the point here? Well, if you were ever wondering why people got so obsessed with Star Trek I just laid out a few reasons. For me, it's definitely my age and what's out and about not really floating my boat. For others it could be a million different things.

I have to be honest though. If this affection continues towards the series I am definitely looking forward to diving into their community headfirst. I've seen it first hand (see what I did there) and they're some of the most passionate people on the planet. That should be, most intriguing Captain.