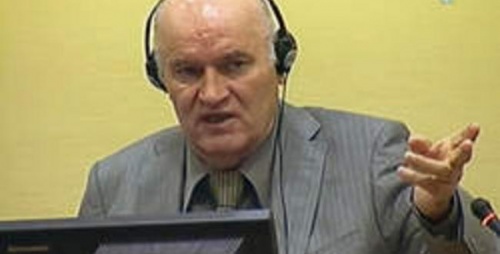 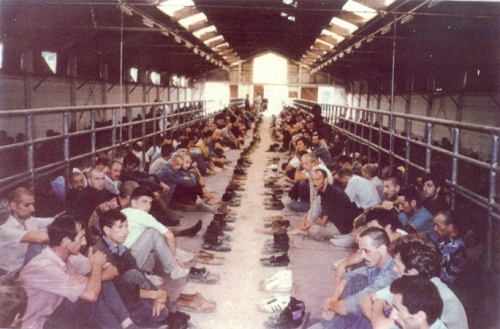 Trial of Ratko Mladić, commander of Serbian/Bosnian Serb Army in Bosnia & Herzegovina has been rescheduled to commence on Monday, 14 May 2012, delayed from March 27, 2012. From the outset, there has been speculation of Mladic’s health and ultimately would he and justice meet the same fate as in case of Slobodan Milosevic. Mladic has been indicted, (citing ICTY Statement) “for a multitude of crimes committed against Bosnian Muslim, Bosnian Croat and other non-Serb civilians in Bosnia and Herzegovina from May 1992 to late 1995. The indictment alleges that forces under Mladić’s command committed genocide, amongst other crimes, when they summarily executed over 7,000 Bosnian Muslim men and boys in Srebrenica in July 1995. Mladić is also charged with genocide for crimes committed in eastern and north western Bosnia and Herzegovina. The indictment lists over 70 incidents of murder in 20 municipalities. The indictment also alleges that these forces tortured, mistreated and physically, psychologically and sexually abused civilians confined in 58 detention facilities in 22 municipalities. Mladić is also facing charges for the shelling and sniping of Sarajevo, during which thousands of civilians were killed and wounded.” Why Delay? This delay is to “allow the parties time to complete any outstanding pre-trial preparations and provide the Defence with additional preparation time for scheduled Prosecution witnesses and associated exhibits in the early stages of the trial.” The Chamber also limited the number of sitting weeks for the early stage of trial up to 20 August 2012 to allow the parties more preparation time. SeeFilm Report: - “Mladic Delivered to Court” - diplomaticallyincorrect.org/films/movie/mladic-delivered-to-court/27203 Large Number of Witnesses & Evidence: On 10 February 2012, the Office of the Prosecutor informed the Chamber that it would call a total of 410 witnesses, of which 158 are expected to appear in court. The Prosecution is also intending on presenting approximately 27,906 exhibits during the course of its case. The Prosecution estimates that it will use approximately 200 hours of hearing time to adduce their evidence. See Film Report- “Mladic Trial-No Resources?” - diplomaticallyincorrect.org/films/movie/mladic-trial-no-resources/27239 The Defence had previously requested that the start of trial be set for October 2012 to allow it to review all case-related material received from the Prosecution. The Chamber found that the Defence was sufficiently prepared to start the trial before its proposed date of October 2012 and said “the exact number of pages reviewed by the Defence (…) is not exclusively what determines the start of trial.” Health Considerations in Setting Trial Schedule? Regarding the Defence’s request that the Chamber take into consideration the health of Ratko Mladić when setting the trial schedule, the Chamber was “not convinced that the Accused’s health condition requires modification of the daily and weekly sitting schedule, namely sitting less than five days per week and for shorter court sessions.” Although no medical reason has been established, the Chamber considered it appropriate to grant the Defence’s request to schedule morning court sessions. By Ambassador Muhamed Sacirbey – Follow @MuhamedSacirbey Facebook = Become a Fan at “Diplomatically Incorrect” Twitter – Follow us at DiplomaticallyX For More Film Report at “Srebrenica Genocide” - diplomaticallyincorrect.org/c/the-genocide-of-srebrenica

Ok, email. Basically unaltered subsequent to its initiation by most accounts 40 years back, email w…

Josie Wales: The End of Oppression - Part 1: The Problem

Just as there is a law in every state that should be respected by its citizens, there are certain la…