Will Suicide Send me to Hell?

If you guys don't know what it is like to be suicidal then let me give you a little bit of information. Being suicidal, according to psychologists, is a mental disorder which people go through when they are depressed. They just literally black out, and think only of ending their lives.

Will Suicide send me to hell?

There is no definite answer to that question because we cannot stand as a judge in front of someone's loved one. But what I can give you a reason why we should not take our lives.

Life is the most sacred thing God has entrusted us to take care of, yes! That includes ourselves. Let's put it this way ; Say that someone really special gave you something he/she really valued and entrusted it to you, and all of a sudden you wanted to get rid of that thing. Aren't you violating that special person? That goes the same with God.

He will ultimately be offended by what you've done, and the bad thing is we cannot repent of it anymore since we have already sent ourselves to eternity. 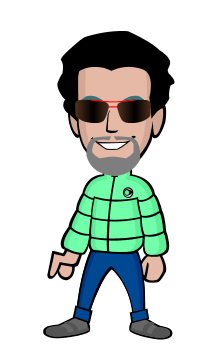 I am just like you. A simple dude, and a gamer!
But there's something that distinguishes me from the rest, that's my love for Jesus Christ. :) God bless.