Will US be Part of UN in 70 Years? By Ambassador mo 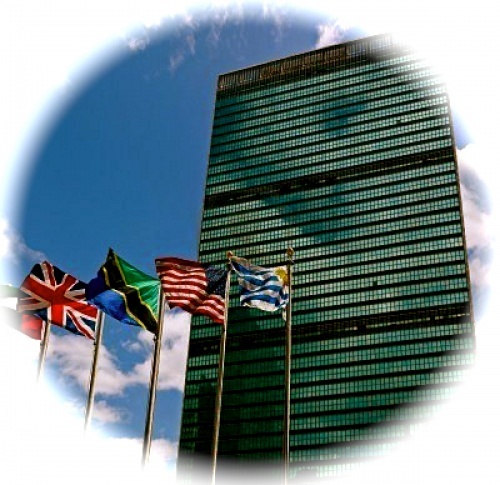 Do Americans recognize it was FDR who gave the UN both name and start? This is 70th anniversary of the “Declaration by United Nations,” a diplomatic initiative by 26 countries which fought against Germany, Italy and Japan during the Second World War. The declaration, signed in January 1942, called for an end to totalitarianism and military regimes and resulted in a range of military and political initiatives leading to the UN Conference on International Organization that created the UN Charter in San Francisco in 1945. FDR Coined Term United Nations? “Seventy years ago, President Roosevelt coined a term that found resonance with 26 States. Today, 193 States are carrying forward the idea and the machinery,” UNSG Ban Ki-moon said, referring to US President Franklin D. Roosevelt’s speech, in which he used the term ‘United Nations’ for the first time to refer to the allies that were fighting the axis powers. “We have made important progress since the Second World War, but I am keenly aware of the distance still to travel and the catastrophes – economic, environmental, human – that lurk if we fall short,” Mr. Ban said in his remarks, which were delivered by Margaret Anstee, former UN Under-Secretary-General, to scholars, policy-makers and former UN officials who gathered at Lancaster House in London to discuss the changes in human rights and war fighting since the signing of the declaration. It should also be highlighted that after WWI, the League of Nations had been established. Although that international framework had been in large part envisioned/initiated by the US President Woodrow Wilson, the US never joined due to opposition in US Congress and a re-assertive isolationism. Many historians/analysts attribute the aloof relationship of US to League of Nations as something that allowed rise of fascism and concluded with catastrophe of WWII. UN as Disinherited Offspring: US is part of UN, but many US political leaders are inclined to treat it best as step-child and worse as disinherited offspring. Actually UN serves US strategic interests overwhelmingly, from peacekeeping which effectively substitute for US military presence, (see from Golan Heights to Gaza), to US dominance in UN Security Council shaping global policy through influence and threat of veto. Anytime US threatens to cut-off funding it effectively even further erodes its influence overall and in such UN Agencies/institutions directly. Part of the erosion to US engagement with UN is strongly different views on some issues as for example Israel or Cuba. Israel though would be much worse as a consequence of US disengagement/withdrawal. Antichrist! Some among the Christian right through a combination of “prophecy” and popularized fiction have come to associate the UN with the “Antichrist” – something that in the ultimate theme and message is anti-American and anti-Christian. This may not be taken seriously by most of the US populace, even by Christian right as UN Secretary General Ban Ki-moon is an Evangelical Christian respected by most; however it does undercut US from moving progressively in its relationship with UN. US Falling Behind & Reduced Relevance? The US is not likely to withdraw from UN – frankly too much to lose. However, US must engage in evolution of international/UN related institutions – best examples are environment/climate engagements and the International Criminal Court (ICC). It will be increasingly more difficult for Washington to urge the rule of law upon despots and terrorists unless US embraces broad non-selective application. It may not be US that pulls out of UN, but the UN/global community that increasingly ignores US like uncle who preaches but then goes to bar and does exact opposite – only to forget in the morning. See this Series of 3 Interviews with Bill Pace, chair of International Coalition for the ICC. - diplomaticallyincorrect.org/films/movie/icc-2012-part-2-bill-pace-interview/29499 By Ambassador Muhamed Sacirbey Facebook = Become a Fan at “Diplomatically Incorrect” Twitter – Follow us at DiplomaticallyX War Crimes Justice Channel - diplomaticallyincorrect.org/c/war-crimes-justice FOLLOW Mo on Twitter - diplomaticallyincorrect.org/