Will Women be in Somalia’s Vision of Future? 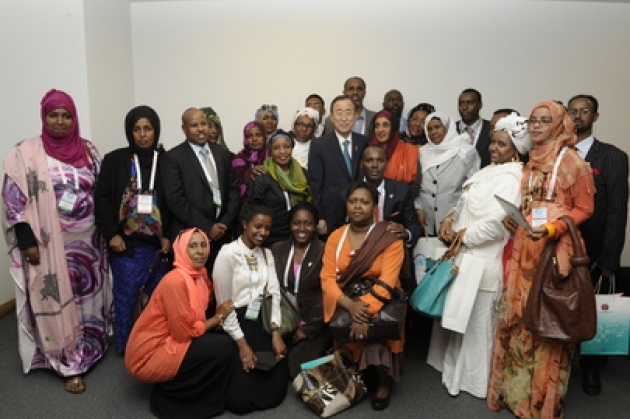 This weekend witnessed talks/conference concluding the end of the transitional period/government in Somalia. Next month, the country will adopt a new provisional constitution and members of parliament will be selected by Somalia’s elders, with assistance from a so-called Technical Selection Committee, to ensure that the nominees meet the criteria set out in an earlier agreement. “The end of the transition marks the beginning of a new phase in the political process. A new phase of inclusive dialogue where all Somali voices should be heard,” offered UN Secretary General at the “Istanbul II Conference.” See our Blog for Film – “Is Somalia Finally to Have a Constitution?”

The UNSG praised the commitment of Somalia’s leaders to ensuring that women hold 30 per  of all seats in the new institutions, and stressed that the new constitution must reflect international human rights standards. “In the transition toward a better future of Somalia it is crucially important to ensure that women’s rightful place be established in their society,” the UNSG said. 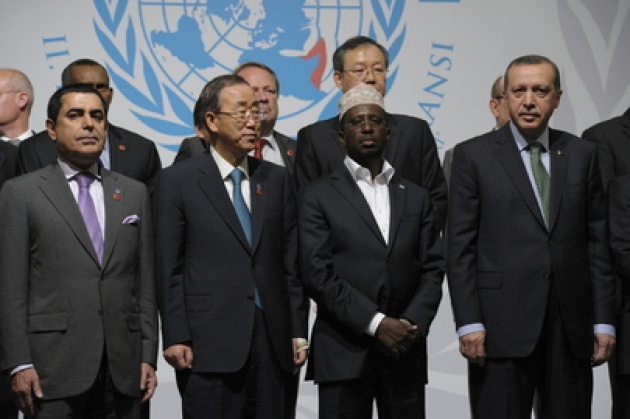 Will Somalia become a leader in the Arab/Muslim world of unearthing respect for women’s leadership? There is always concerns that patriarchal tendencies may overwhelm the rhetorical commitments. However, decades of conflicts and a consequent huge Somali Diaspora may also help trigger a new beginning in many ways. In the two photos, we see two potential pictures of Somalia: one represents the diversity and strength from within that incorporates women. The other is dominated by men. The recent past has been one dominated by men with guns and/or ambitions which have brought about three decades of ruinous conflict exploited by those within and outside Somalia.

Top UN Photo: Secretary-General Ban Ki-moon (centre) poses for a group photo with a Somali delegation at the II Istanbul Conference on Somalia, “Preparing for Somalia’s Future: Goals for 2015”, co-organized by the UN and the Government of Turkey.

Bottom UN Photo: Secretary-General Ban Ki-moon (front, second from left) poses for a group photo with participants of the II Istanbul Conference on Somalia, “Preparing for Somalia’s Future: Goals for 2015”, co-organized by the UN and the Turkish Government. Pictured with Mr. Ban, from left: Nassir Abdulaziz Al-Nasser, President of the sixty-sixth session of the General Assembly; Sheikh Sharif Sheikh Ahmed, President of the Transitional Federal Government of the Somali Republic; and Recep Tayyip Erdoğan, Prime Minister of Turkey.