Ants have been around million of years ago in our home planet. According to some researches, there's about 12,500 identified species out of an estimated 22,000 classified species of ants currently existing today. It is really unbelievable how Earth is really abundant with life!

Today especially in some Western countries like the United States, keeping ants as pets are common and is widely legal and open to kids and adults alike. Some people used it for studies and some keep it as a form of enjoyment making it a good pet by watching them roam in their man-made habitats. I admire these people who can appreciate this tiny life.

Here in my country – the Philippines, ants is widely known to be a pest not just here but of course even to some other parts of the world. Keeping ants as pets here are so rare. Me too don't even bother to have an interest with these tiny pest until one day my sister discovered something in one portion of our kitchen wall. It's black, tiny and it's like a hundreds of them grouped together in a small cluster. She hurriedly called me because of her curiosity. Upon seeing, I ignored it and said it was just a bunch of black ants. 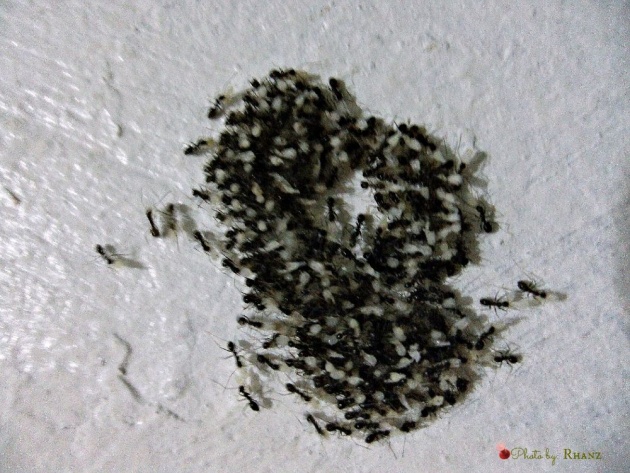 I was about to turn my back but then something struck me. I came close and I was really fascinated. As I come closer, I observed that they have something with them. Each of them was carrying something. I just realized it was like an egg! I was amazed the way how they are clustered and group together to protect the eggs. 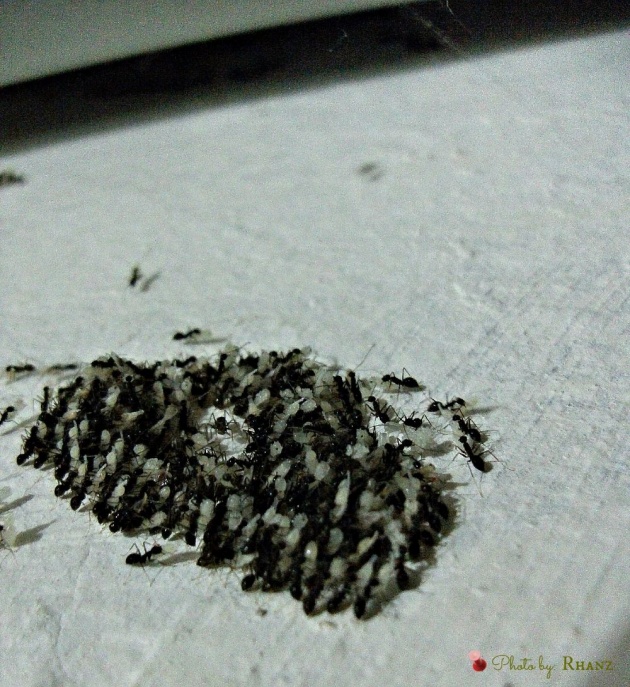 Looking closely they're like gathered together for a meeting. Everything was so organized and silent. Without hesitation, I quickly grabbed my camera. Time is at stake here as with just a seconds away, this fascinating miniscules could pack up and leave the area. With a little knowledge about photography I adjusted the settings and switched to Macro mode to further emphasize the small creatures in the camera. 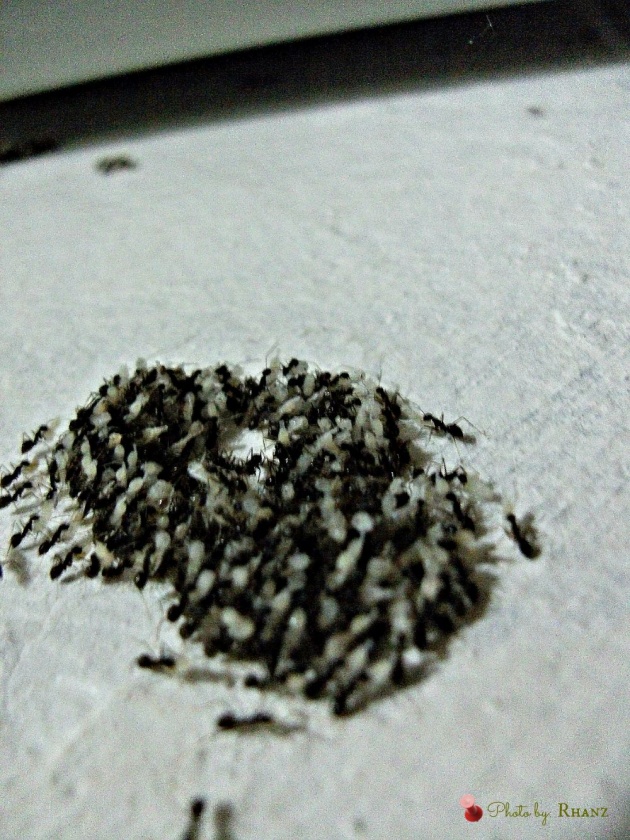 I only managed to get some few shots and started recording them. During that time I accidentally made a small commotion making them to be in trance. The black ants started moving around. They formed a line and began to find their safe way out. One by one they left carrying one egg with them.

It was really an intense yet magical moment to caught something like this on tape. I was elated. The feeling was out of this world. To witnessed a rare moment like these was a great fulfillment. Below is a video I recorded while they pile up to leave the place.

Because of this, I became interested with ants. I started doing my own research about them and hoping to discover colonies around the garden or maybe outside within the public parks. It's just wonderful how God created tiny creatures like this that is full of life despite their tiny size.

Related blog within my Bitlanders page: Do Ants Take A Poop?