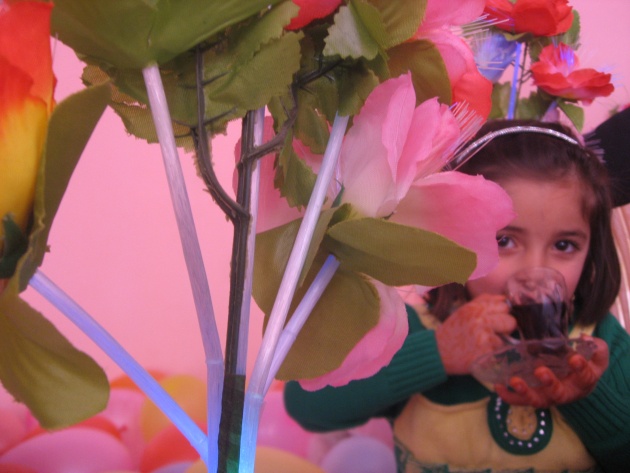 From my perspective and looking into the rights given to woman by Islam, are times more and better than that of man’s. By saying this, I don’t want to be misunderstanding on human rights from Islamic perspective. Islam is always wise and keeps the balance every where. I means on performing a Muslim’s obligation, woman are bestowed to be little bit more relaxed than man. First of all, I would like to take religious obligations and first of all I want to take “Salah” (prayers) which is of the basic pillars of Islam and without performing it five times daily, you can’t be a true Muslim.

Congregation prayer “Salatul-Jama-ah” is obligatory on every Muslim man, and one should try not to miss even a single congregation prayer whenever there is an opportunity, without a reasonable excuse, but a Muslim woman is exempted from this. She can perform her prayers in the house by herself, not only this, but according to Islamic teachings, it is better for her to perform it in the house.

The Friday prayer which is emphasized by Holy Prophet Mohammad (Peaces & and blessings of Allah be up on Him) that no one should miss it, and any one missing it means loses and harms himself and it is compulsory to pray the Friday prayer without having a reasonable excuse. But it is the woman who has been exempted of, along with those who are sick, children and slaves, have the choice not to go for performing it.

The 2nd pillar of Islam and personal obligation is “Rooza” (Fasting) which a Muslim can’t neg ligate it without a reasonable excuse. This is obligatory both on man and woman who are mentally and physically fit for. But women are exempted and excused while they are having their regular monthly sicknesses to eat and fast another time.

Haj is the next and the final pillar of Islam. This is also obligatory both on man and woman who are mentally, financially and physically fit for. Every Muslim who has the capacity of performing Haj, is obligatory on him or her to perform once in the the life. They should have enough to cover their necessities in addition to the Haj expenses.

“Islam demands that a woman should remain a responsible being. It does not expect her to become an angel or a demon. If one wants to compare or contrast her position in Islam with that in other civilization or religion, must take into considerations all the facts, and not merely and only isolated practices. (As an example the position of a mother, grand mother, sister and daughter that how much it is exalted in Islam).

“Nature has not willed perfact equality among the two sexes, but distribution of avocations and functions. If there is a certain natural inequality between the two sexes, in many other aspects of life they resemble each other. There fore, their attributies in these domains will also be similar. This sums up, in some way, the Islamic teachings on woman”.[1]

Thus woman’s foremost religious duty is to believe in oneness of “Allah” with all his attributes, then to perform 5 times obligatory prayers although not in the mosque, to pay “Zakat” in case of having the capacity to do so, to fast though under some conditions may leave it for another time and last of all is to perform Haj, if has the capacity mentally, physically and financially. She should always and everywhere take care of her morality and there are the obligation approaches of of woman in Islam. She should take care of her chastity which is regarded not only but is a compulsory order of Islam which if not obi ed, will bear up a great punishment according to the principles of Islam. This does not mean that she is inferior to man and these obligations are not because she has less importance in Islamic society. These are not only on her to be observed, but on men also and the punishment for committing adultery and fornication is the same on both man and woman. In short, she is equal of man in all fields of life.

The presence of the Holy Quran bears witness to the fact that woman is not inferior to man in any way. She has essentially the same importance of honor, property and life. Her place in the society is as such as of a man’s is. Her honor, property and life should be protected. For this, we can very easily understand and judge reasonably that in Islam from the beginning of its glory over the world woman has never been a problem as was a big one for all other societies and civilizations.

No religion or any legal system in the world recognizes her equal being and partner along with man, as is recognized by Islam, neither at any culture, religion, civilization or society other than Islam. To confirm one’s knowledge about this mater, one should study the comparative study of the world religions. She is equal in rights and responsibilities with man. She is recognized by Islam as an independent personality and like other religions does not call her the seeds of all evils. Islam like other religions does not say that whether woman is a human being and has gotten a human being’s soul or is not a human being, rather Islam indicates that she like other human beings has got a soul as of a man and has spiritual qualities. There are lots of the sayings of the Holy Prophet Mohammad (Peace and Blessings of Allah be Upon Him), that the women must be regarded and treated well.

As an example Islam like Christianity does not blame woman and the mother of humanity, “Hawa” (Eve) as first sin doer of humanbeing, rather clears it that it was both of them, father and mother, “Adam” and “Hawa” who committed the sin equally unaware of their enemy “Satan” who cheated them to do so and that were for their own benefit but when they begged pardon from Allah, they both were forgiven by their great sustain er and creator Allah Almighty. They both committed the sin together and later on God’s pardon was bestowed up on both of them after their repentance to their Lord. Allah Almighty mentions the real occurrence of the fact perfectly in this way. These are not the exact words of God but the meaning of them and in fact these few points which I mentioned about the discussion of “Adam” and “Hawa”, were not the exact verses of the Holy Quran, but the meaning of the Holy verses. The exact verses of the Holy Quran, I shall mention it a little later but before mentionn that, we should make our discussion a little longer.

If we think deeply about the verses of the Holy Quran, we shall find the Holy Quran blames “Adam” the father of humanity and the messenger of God more than it blames the humanity’s mother “Eve”. The Holy Quran makes this point clear which has the source prejudice and suspicious for the western societies. The Holy Quran, does not take these suspicious of deeds and prejudices rather declares to the people that the sin was committed under agreement of both “Hawa” and “Adam” and if they want to blame her committing the sin, we should also blame Adam (peace of Allah be upon him) as well.