After fall of Taliban Regime the field of activity for women has opened more in Afghanistan, and women have recovered their more self-confidence after that dark period which Afghanistan and the people experienced. Women tend to cooperate with men in different kind of fields. 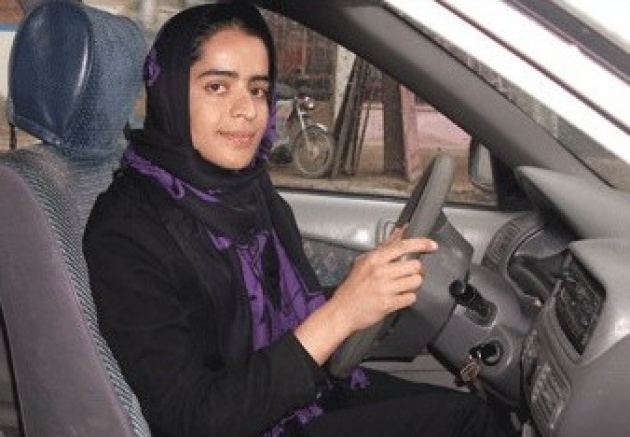 But however they still faced with limitations in some cases, such as working and driving.

These days women more show their tendency in order to attain their driving license by participating in driving courses. Now there are more and more driver women in some provinces of Afghanistan such as; Kabul, Herat and Mazar e Sharif. Driving is a good ability for both cortexes and it is a natural right for all and it essential for men and women. Driving for women in Afghanistan is a big problem; they face with lot of difficulties on behalf of men in the streets and roads. And those women who are married also limited by their husbands or their family.

Driver women are less in Afghanistan since some of the men are opposite of driving  for women, men are the main ban on way of women to drive in Afghanistan. They always bother the women drivers on the raods.

There is story from women in Herat province (Sadat Gholamy) in the 1388  while her husband was in travel she understood the essential ability of driving. One night when her son was sick and no one was at home except herself at home and she faced with a great trouble of finding taxi to reach her son to the hospital. And after that she decided to learn how to drive and now she is Traffic Manager and she always take her children to their schools and courses. Mrs. Ghulamy in addition of being a wife house she also work out and now she has a Asociation for women activity, handicraft and sewing. The women whom work with her are so gald of her, since she provided working oportunities for them by provision of facilities and field of working for them. She is very creative woman and and her creation gives motivation to all women to be creative and active.