As word Empowerment means to give warrant power and when we use the term “Women Empowerment” it means to provide opportunities and create such environment for women through which they can also practice equal rights as men. As it is being notice, women rights have been violated in many forms since decades. That is why, women empowerment has become universal issue all over the world.

In under developing countries still women are not treated equal to men. Women are not allowed to own property, they do not have a share in the property of their parents, women do not have right of love marriage and they have no voting rights as well. Women also have no permission to get education and no freedom to choose their job or work. But now, it is necessary we should come out of these differences because those nations cannot develop and achieve their goals, unless women are not side by side with men.

The Changing Concept of Empowerment:

In 1960, the concept of empowerment was used for the Civil Rights Movement in the United States of America. Now, it has been filled with new meanings and explained differently. Word Empowerment is used in such different sectors as social work, business, by advocates of very different political agendas and development discourse. In 1993, in Copenhagen (capital of Denmark) at the social summit and in 1994, in Cairo (capital of Egypt) at the International Conference on Population and Development, governments decided to take initiative for the advancement and empowerment of women. In 1995, in Beijing (capital of China) this initiative was properly operationalized and formulated into a clear action at the forth Summit of World Conference [1](this summit was convened by United Nations)[1]. At this summit, governments also committed themselves to the right of freedom of speech, religion and beliefs and conscience. 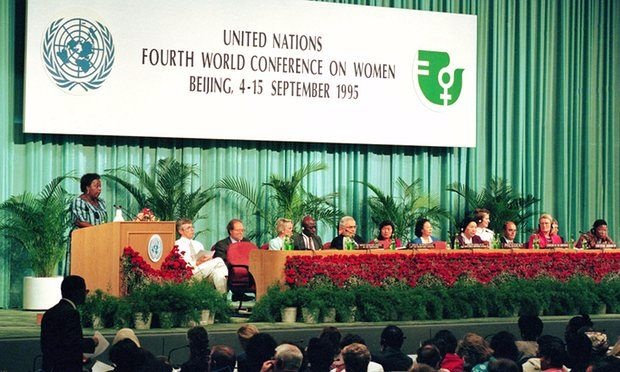 According to United Nations in developing countries around fifty percent of the world population is women and girls and in return their participation in development of the country is very low. And now it is abundantly clear that if a large number of women around the world especially in developing countries will not fully take part in development of their country so how a country can develop. If women are not given equal opportunities at work places as men, world economy suffers a lot because of this. According to United Nations in developing countries poverty especially in rural areas is increasing day by day. Therefore, the UN identified if the abilities of rural women are also fully used, then the objective of eradicating poverty is to be attained easily. 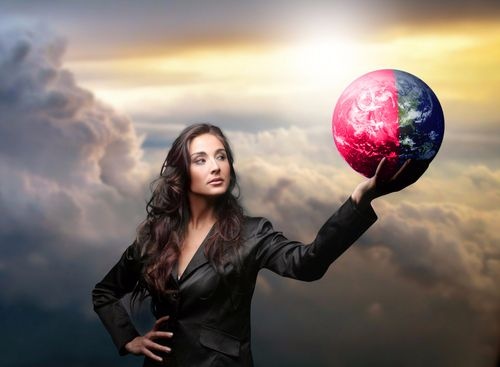 In developing countries women still facing lots of problems like:

·         Women cannot live their life freely with a sense of dignity, respect and self-worth

·         She cannot make her own decisions according to her choice

·         Women are not given equal rights and justice in the society

·         She faces uncomfortable and unsafe environment at her work place

According to UN in India, Nepal, Pakistan, Afghanistan and other developing countries the female literacy rate is still lower than man. It is considered a big challenge of 21th century. Mostly the uneducated women are in ruler areas. No doubt in urban areas, those women whose belong to elite class are working for the women empowerment.

According to Prophet Muhammad (PBUH)

Education is very important for women because after getting education they become confident, aware of their rights and can fully participate in the development process. Unlike earlier days, when women stayed at home and do cleaning home, cooking etc they can also go outside and ears money like men for their family which grows country’s economy.

“According to the U.S. Agency for International Development and the World Bank, 57 percent of the 72 million primary school aged children who do not attend school are females. Additionally, girls are four percent less likely than boys to complete primary school”[3]

As globally only twenty two percent women hold position of parliament. It is necessary women also empowered by politically, provide equal seats in parliament as men and also have right to vote according to her own likeness and dis-likeness. 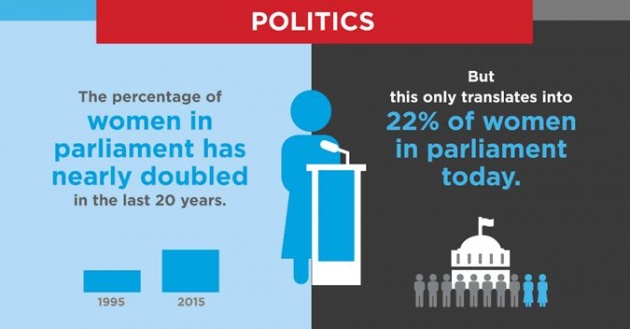 Women’s involvement in politics is fundamental for sustainable development and peace. Participation of women’s leaders in the corporate sector also results improved business performance. Due to their participation in parliament it leads to introduce such social programs, laws and budgets which can cause benefit for women, children and families.

Globally many challenges for the women’s equality especially in developing countries are still facing. However, different Government institutions and NGOs who are working for the women and they also try their best to introduced and reform different polices for their equality, education, health, justice and employment both on national and international level. If we want to grow global economy of our country then we should enhance the capacity of women by empowering them by finishing the gender discrimination which will help in gender balancing. Also give them respect, provide them safe working environment and involve them in healthy activities like in different sports especially in rural areas. For this we should not think just locally but look globally and empower them across the globe.

Basic steps to empower a Woman of any country are:

Socially for the empowerment of women we should need to take such steps for women through which we can improve the health related problems. Especially in under developing countries and in rural areas women face maternity problems due to lack of medical facilities. In under developing countries women face high risk of malnutrition so it is necessary to start such kind of health awareness programme which meet their nutritional needs at all stages of life cycle. As in developing countries women always remain victims of marital violence because male considered them weak physically and mentally. For this purpose social activists should help such female victims for obtaining justice. Different schemes and awareness programs should be organized for spreading awareness among them to develop courage for fighting their rights.

Government should take step for the rights of women to spread awareness that there is no discrimination between woman & man and also should take initiative for other social evils like child abuse (both girl and boy), child marriage, female feticide, child prostitution and honor killing. 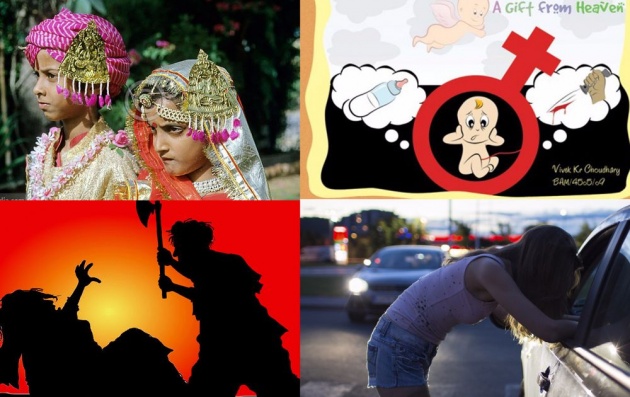 No doubt, education is important for both girls and boys, but for girls and women it is considered unimportant and in field of education women ratio is still unsatisfactory especially in rural areas of developing countries. As education is a powerful tool of social change. So there should be special attention on education for them.

It is also necessary to spread awareness about the importance of women education among women and girls. Women education not only put positive impact within the family but across generation and around the world.

Concept of education is much more than writing, learning and reading as it is a kind of investment for women which make their future and also play an important factor in reducing poverty to achieve sustainable development.

Now a days, NGOs also playing vital role towards the realization of women rights and gender inequality and empowerment. As NGOs do work with commitment and missionary zeal. No doubt their roles are so impressive because their style of working are transparent, open and personal. They organize conference, seminars and workshops for understanding of women rights to spread awareness among each woman so that she doesn’t face gender discrimination to fully participate and enjoy her life.

Employment is also very important for the empowerment of women economically. So, NGOs are also playing important role for uneducated women by giving them education regarding different skills which can help them to stand their own feet. Through this way they can also work according to gain skills.

NGOs in under developed countries should increase attention related to women empowerment not only on national level but also on international level. 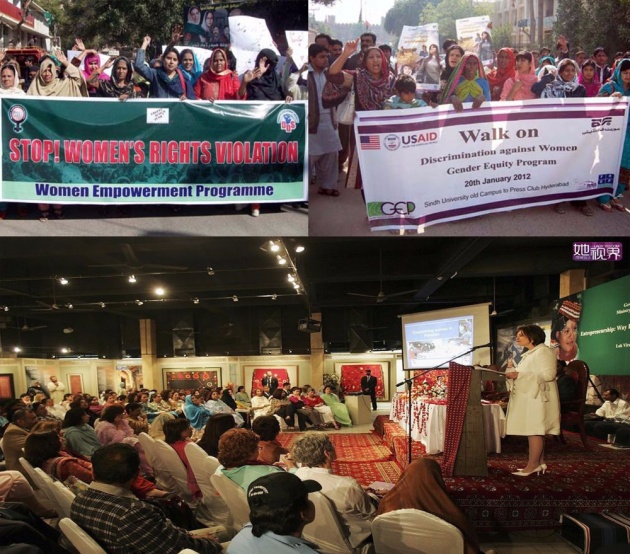 As United Nations is working actively for discourage of violence against women education, heath, harassment and discrimination. There are following United Nations agencies who are working for the women empowerment like

These agencies are working to make women confident in understanding their importance to fight for their rights. These agencies build confidence among women regarding the value of their real voice so that they can participate confidently with men during public dialogues and decision making that will determine the future of their countries and families.

NGOs should also spread awareness regarding women empowerment in rural areas on women special days like “International Women’s Day” which celebrated on 8th march around the world.

5. Role of Government and women empowerment:

Governments around the world also should take revolutionary steps for the empowerment of women. Such legislation and policies especially in developing countries should made by the Governments which support their rights and strengthening them.

In 20th century, women had started the use of various tools of internet for empowering themselves through exploring different social media sites. From these sites, online activists are empowering women through organizing different campaign and raise voice for their equal rights and gender discrimination. In 2013, hundred women started campaign against various pages on a well know social media site “Facebook” because information on these pages were spreading hate against them.

Women can also empower themselves through education by new technology like E-Learning. Through this technology they can get education in their homes. 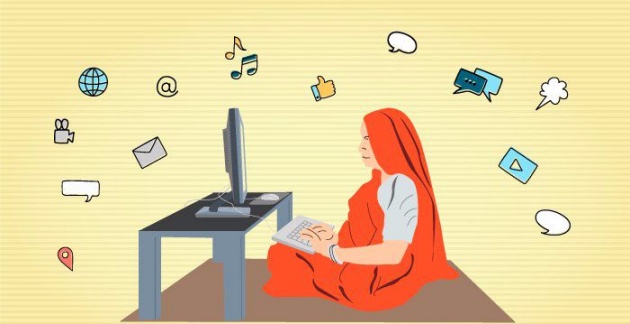 Through smartphones women can also download so many good apps related to their empowerment e.g. educational, health etc.

According to the published report of WWW (world wide web)

“despite the closing gender gap with regards to access to ICTs, there is still a long way to go to achieve real equality among men and women. One needs to pay close attention to how we are using the internet as opposed to only concentrating on whether or not we have access to it (via the widespread adoption of smart devices such as mobiles for instance). The report shows results from an analysis based on ten1 developing countries from different areas of the world, and some of the key findings are:

·         Education is a game changer: females with secondary education or higher have a probability four times higher to use the internet for self-empowerment (through economic advancement and information seeking)”[4]

Women empowerment not only at national level but also at international level has become most important concern of 21st century. It is necessary that all Governments around the world should take initiative for Women rights like education, health, employment etc. and to make sure to provide them such environment where there is no gender discrimination. So, they can make decisions according to their own likes and dislikes in participation of political, social and economic life of their countries with confidence.

Thanks for sparing time in reading My 31st attempt for my virtual home "BitLanders".... Stay Connected for more articles.....  ツ