WOMEN IN AFGHANISTAN USE MUSIC AS A VEHICLE OF SOCIAL EMPOWERMENT 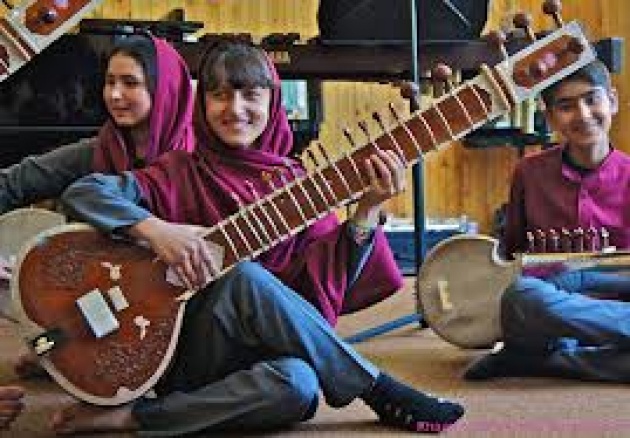 Every place in the world, every people, every culture imaginable has, is and always will produce music. Humans have always felt the need to express their feelings through noises and sounds, and I don't think this will ever change. Music has always been used in the most varied ways, and often becomes a vehicle of peace and opportunities in life. It's not exaggerated when we hear that music can change lives, and in the case of the Afghanistan National Institute of Music it couldn't be more true.

The Afghanistan National Institute of Music (ANIM) - located in Kabul, Afghanistan - is a school dedicated to teaching music to students coming from all over the country. With a special focus on the most disadvantaged group in Afghan society - the orphans and street vendors - the Institute takes them out of the street and gives them the opportunity to reach their full potential, while contributing to their emotional healing. This is the main reason the students enrolled feels so passionate about this place: the Institute is their school and home at the same time. Infrastructures are rudimental and resources scarce, but these Afghan girls and boys put all the effort they possibly can to succeed. Some children don't even have a personal musical instrument, others have been studying on the same textbook for years. The type of education they're receiving depends in great part on the ability of their teachers, whose expertise is often limited. Nevertheless, these young Afghan women and men never stop working hard to make their dreams come through. Some are already doing it. 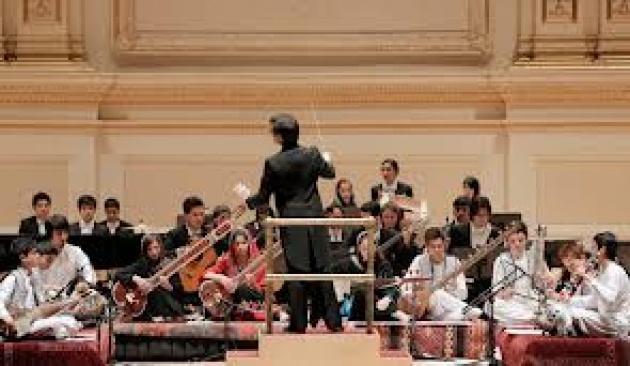 Two weeks ago I went to a concert in which ANIM was performing. I didn't know what to expect, but I was excited nonetheless. A true orchestra was ordered on stage, with the musicians playing the traditional musical instruments as a centerpiece. They were exhilarating. The program was alternating pieces taken from the country's folkloristic tradition to well-known western classical works which were revisited with an Afghan twist. Some of the students of the orchestra couldn't be older than 10-11 years old! The audience was on their feet for most part of the show. 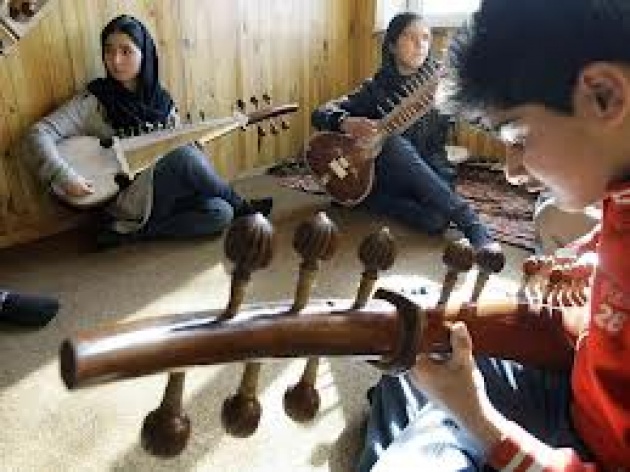 The Ministry of Education of Afghanistan fully supports the Institute, but additional funds are needed to allow it to further develop and continue to flourish. The educational opportunity that is being given to these young Afghans will translate into job opportunities not only in their native country, but also in the rest of the world. If models like this could be multiplied all over the nation - and not only for what concerns teaching music - the advantages deriving from such institutes would have a significant impact on the economy of Afghanistan. I'm particularly motivated to share on social media about the work that this Institute is doing with the new generation of Afghans, because the more people read about it, the more help they will receive, especially the female population. Women in Afghanistan are starting now to finally fight  for their empowerment, and deserve equal opportunities in education as well as in the professional world. Women rights in Afghanistan have been violated - and still are - for too long, and it's time for them to get up and claim what they are in the right to receive. Schooling in Afghanistan used to be in great part available mostly to men; now that the education system in Afghanistan is modernizing its approach, the female student population is increasing more and more, and the Afghanistan literacy rate for women is rising quickly from 12.6% reported in 2000. With music potentially becoming an additional source of economic growth, the future of Afghanistan can only look brighter.