Women Not Welcome at the University Mosque 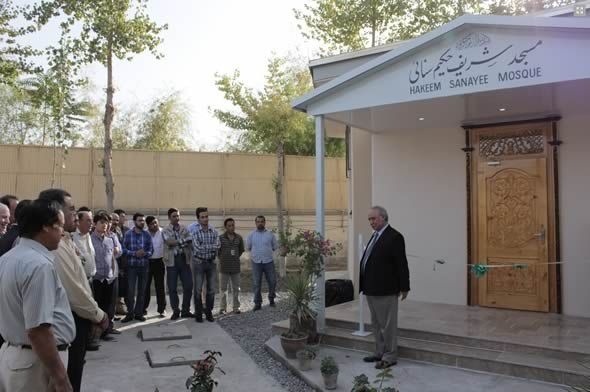 A mosque—the masjid—is the house of God where Muslims pray and worship Allah. In this house there is no difference between men and women. This has been the custom since the prophet of Islam.  Both men and women go to the mosque and pray in Namaz Jamaat, which means praying in a central congregation.

In many Muslim countries women go to the mosque and pray. Sometimes they stand behind men and sometimes there is a curtain separating men from women, but even so, it is a congregation of people, male or female, praying in the mosque.

In Afghanistan, women are deprived of many rights. The right to go to the mosque is one of them. Women go to pray, but it is to the madrassa, which is like a religious school.  There are madrassa for boys and for girls. They are totally separate. A man is not allowed to go to a women’s madrassa. Under Islam, only a man can guide the congregation, which suggests that a women’s madrassa is not a mosque.

The government and private groups have constructed many mosques throughout the country, but they are for men.

Do women not count as worshipers? Do they not deserve to have a holy place to worship or to spend a few minutes alone with their Allah and think of him deeply?

There are many reasons that women have been prohibited from going to mosques—customs, male domination, and traditional opinions in conservative countries like Saudi Arabia, Pakistan, Afghanistan, Somalia, and others.

But now, our denial comes from American University of Afghanistan—the private university in southwest Kabul that opened to students in 2006 and where more than 1,000 men and women study together with equal rights. The university emphasizes gender equality and women’s empowerment in its curriculum. There are many clubs that include both men and women: debate clubs, self-defense clubs, women’s clubs. Thirty percent of the students at AUAF are women, including half of the incoming class last year.

Until now, university classrooms were used for prayer rooms. There were separate prayer rooms for women and men to pray every day.

Late in the summer of 2014, AUAF made a significant initiative to build a mosque on campus for men. Its opening ceremony is on Facebook.  It was welcomed by male and female students, but this new mosque is only for males. No one asked why AUAF would build a mosque only for males. So I asked my political science professor about it. He said yes, the mosque was built for male students and that women still have the classroom where they may pray.

It is true there is a classroom. I have been there and it is small and dark.  I told my professor I wanted to pray in a real mosque like the men.  He said that maybe he could bring my question to a meeting with a suggestion that they put a curtain in the middle of the mosque, and they could have two doors—one for women and one for men. There has not been any meeting, however, and people do not want to talk to me about this issue.

The new mosque for men is a round building located behind the Bayat building. It has space for about 45 people. I do not think it is big enough to put a curtain in it.

I have to wonder how a university named for America, a country known for democracy and equal opportunities and defenders of women throughout the world, can support a men’s only mosque. The women’s clubs of the AUAF have not yet focused on the issue. The university semester is ending now and the university is closed until spring.  But it seems AUAF has neglected the rights of more than 30% of its students who are women.

Why should women be expected to pray in a small classroom while men have a private mosque?

Perhaps it is the influence of Afghanistan traditional society. I do not know who paid for this mosque, although I have asked many officials.

This fall a well-known Afghan mullah was invited by AUAF to give a speech about women’s rights. He did not mention the mosque, although he visited it and there are many photos hanging at the university that were taken of him at the mosque.

I believe if AUAF can build a mosque for men, then they can build one for women also. I mean a real mosque for girls, not a madrassa.

It would be a big step toward repairing our culture and it would be a victory for women’s rights. AUAF could take credit for a remarkable initiative that would influence public opinion and help change the culture of male domination.

If we cannot have a mosque, at least there should be a place for girls and women to pray that is not a small, dark classroom.