A self named show of Lourd De Veyra, that is why it is called Word of the Lourd. It is a short television segment which airs daily on TV5's news channel Aksyon TV 41 and formerly on TV5. Whilst it isn't really a surprise having this kind of show but what differs WOTL or Word of the Lourd is the fact that it delivers his information in a straight, direct and a bit humorous way. Most of the time, he gives it in his own way leaving the viewers and audiences hanging for them to search for what it meant.

The segment shows the host's social and political commentaries delivered in deadpan humor. As mentioned earlier, he is into political and social subjects which are the topics that most Filipinos dislike. Political issues are very rampant in the Philippines and he criticizes those people who are in the government whom are not doing what they are supposed to do.

It was not a surprise that he was a part of the union who had worked on for the Removal of Gloria (ARREST Gloria), an alliance of artists whose common call is the removal of Philippine President Gloria Macapaga-Arroyo from office.

He would also reveal issues and conflicts without biases. Oftentimes, when I read the news or watch tv news, I am always having second thoughts if these guys on tv are given scripts to follow and if they are really stating their opinions based on their own opinions or if there are also bigger men behind them manipulating whatever comments and scripts they have to say.

Sad to say that at this time, there are a lot of shows in the Philippines who are not stating the truth or they are hiding the truth because they are an alliance of a specific government official. I have seen and witness a lot of them and that makes me don't want to watch television anymore. I am glad that there are still credible shows who are into this kinds of matter.

The show's episodes are likewise uploaded on YouTube.com and on its official Facebook page. With viral popularity particularly among Filipino youth and netizens.

He has gained a lot of followers in his Fan page which results to him creating this:

English translation: Never post a novel in our FB Page. No to Jejenese.

Jejenese is actually the language used by the jejemons/jejemonsters. Jejemonsters is a Tagalog term with the pronunciation: [ˈdʒɛdʒɛmon]) and is a pop culture phenomenon in the Philippines. According to Urban Dictionary, a Jejemon is a person "who has managed to subvert the English language to the point of incomprehensibility. 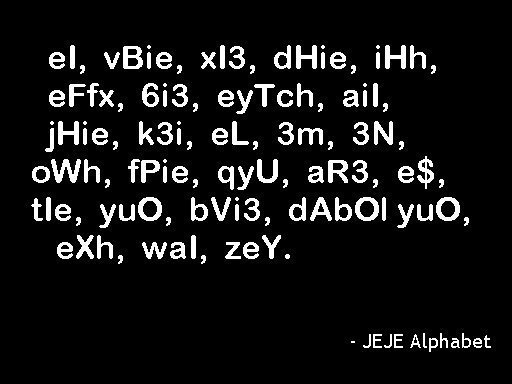 English translation: Before posting, think if this is of useful information.

English translation: Don't start your post with Waaah. You are not a goat.

English translation: Never ever argue. Both of you are wrong. No swearing.

English translation: Don't ever ask Lourd about what happened in the show Willing Willie.

English translation: Lourd is not Big Brother, he is also not Bob Ong. Anyone who will ask that will be blocked.

English translation: Do good to your neighbor. Share our videos but never ever post it ahead of us.

English translation: Don't comment that you were the first one to comment. We will block you as well. Going back to his skills, most of the time, he also adds some commentary on news and issues that are irreverent. Lourd shares his opinions concerning politics in a light and funny way together with his alter-ego Direk Jun Sabayton.

Here are just some of the latest video episodes published online:

This episode entails the filing of candidacy where there are nuisance candidates who filed their own candidacy:

The episode below was entitled Bad Words which they think the words have to be deleted from the Philippines' vocabulary. This was really a funny episode because of the specific terms and words which are really common in the Philippines.
Another one which was posted last April 2, 2014 about Singapore's founder, Lee Kuan Yew
Some of the first few episodes:
This was a funny one about Slang:
This is what makes Lourd compelling and fascinating to his fans and admirers - brutal truth expressed in a language that cuts across the socio-economic spectrum. He has mastered the art of combining his literary style with kanto speak—turning it into a hybrid of eloquence.

Here are some of the other Philippine TV Shows: