Work hard and drop everything off your shoulders!

Majority of the people are in search for a job. Some of the results may be depressing and others are blooming. The factor of success in finding a job is Determination. You have to work hard, in order to achieve something!

I want to tell a simple story about the life of a young teenager.

There was a teenager, his parents had a lot of problems in their lives. The father was in a huge debt and the mother had to take care of everything. The young man graduated from high school and got in to the university. It should be a really good progress, but not for him. This new-made him feel depressed.

How on earth are my parents going to support me financially? he thought.

That summer, before the transfer to the university, was awful. He was in a search for a job, but to no avail. He phoned tons of people and asked for a simple job, but every single of them refused. The newspapers had job ads flashing everywhere, but surprisingly, none of the accepted him.

After musing for some moment, he started to look for information, how to make money online? The first months were harsh, he was hooked on a scam hook once. He invested 27$ in to the casino and lost it all in a single hour. He tried selling things, but he had no experience. Then he stumbled upon the team that offered him an unique business opportunity to work online. It was a success, he invested his time into doing the tasks and building the network. Now he can support himself and even his parents.

The moral of the story is that you can achieve anything by working hard, even in the strangest possible method. 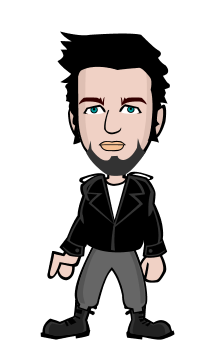