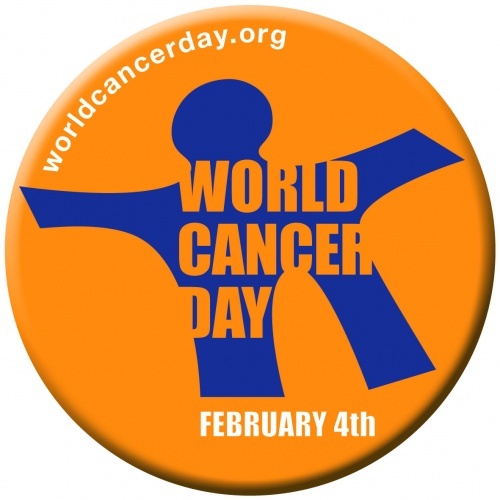 Ironic that as Susan G Komen debate on funding Planned Parenthood breast cancer detection/prevention rages, globe/UN is focused on early diagnosis in observing this year’s World Cancer Day (February 4, 2012). Early detection is the key to reducing the nearly 8 million deaths caused by cancer across the globe annually, the United Nations World Health Organization (WHO) opined, stressing the importance of screening programmes for healthy people to detect the disease promptly for easier treatment. In 2008, cancer was responsible for around 13 % of deaths globally. See Film Report – “World’s Biggest Killers” - diplomaticallyincorrect.org/films/movie/worlds-biggest-killers/26502 Screening & Vaccination: The theme of this year’s Day is ‘Together It Is Possible,’ with WHO and its partner, the International Agency for Research on Cancer (IARC), focusing on screening and vaccination. Increased access to cost-effective vaccinations to prevent infections associated with cancers and cost-effective cancer-screening programmes can help to reduce the number cancer deaths, the agency stressed. Vaccination is available against cervical cancer, which is caused by the human papilloma virus (HPV) and liver cancer, which results from infection with the hepatitis B virus (HBV). International Atomic Energy Agency: The UN International Atomic Energy Agency (IAEA), for its part, highlighted the important achievements over the past year in efforts to fight cancer in developing countries, and featured activities of the agency’s Programme of Action for Cancer Therapy (PACT). Almost 2/3 of cancer deaths occur in developing countries. The IAEA supports countries by helping increase patients’ access to improved radiotherapy services and by strengthening medical training. IAEA Director General Yukiya Amano said a shortage of about 5,000 radiotherapy machines in low- and middle-income countries means that hundreds of thousands of patients miss out on early diagnosis and treatment that could save their lives. “PACT, as well as various other departments at the IAEA, have been working hard to try to make radiotherapy services available in all countries.” Launched in 2004, PACT is an IAEA initiative that helps low- and middle-income nations in their efforts to tackle the growing cancer crisis, by raising awareness, assessing needs and mobilizing resources. It builds on IAEA expertise in radiation medicine to help countries develop sustainable and comprehensive cancer control programs. Mr. Amano said IAEA is supporting more than 130 projects in cancer diagnosis, management and treatment. Oncology and radiotherapy centres are being established in countries such as Afghanistan, Eritrea and Mozambique, while national capacity in radiotherapy is being strengthened in Albania and Kenya. See Film Report – “World Cancer Day (2011)– Developing Countries” - diplomaticallyincorrect.org/films/movie/world-cancer-day13000000-a-year-die/24419 Link to WHO – World Cancer Day - www.who.int/mediacentre/events/annual/world_cancer_day/en/ Photo/Logo Courtesy www.worldcancerday.org Ambassador Muhamed Sacirbey - FOLLOW mo @MuhamedSacirbey Facebook-Become a Fan at “Diplomatically Incorrect”       Twitter – Follow us at DiplomaticallyX

Pictured: Mary (Aya Cash) at an Alcoholics Anonymous meeting, shortly before she digs her fingernail…